The 47-year-old former representative of Uber Japan and a 36-year-old former worker in charge of its legal compliance are suspected of employing the two overstayers for deliveries between June and August 2020 without checking their visa status. 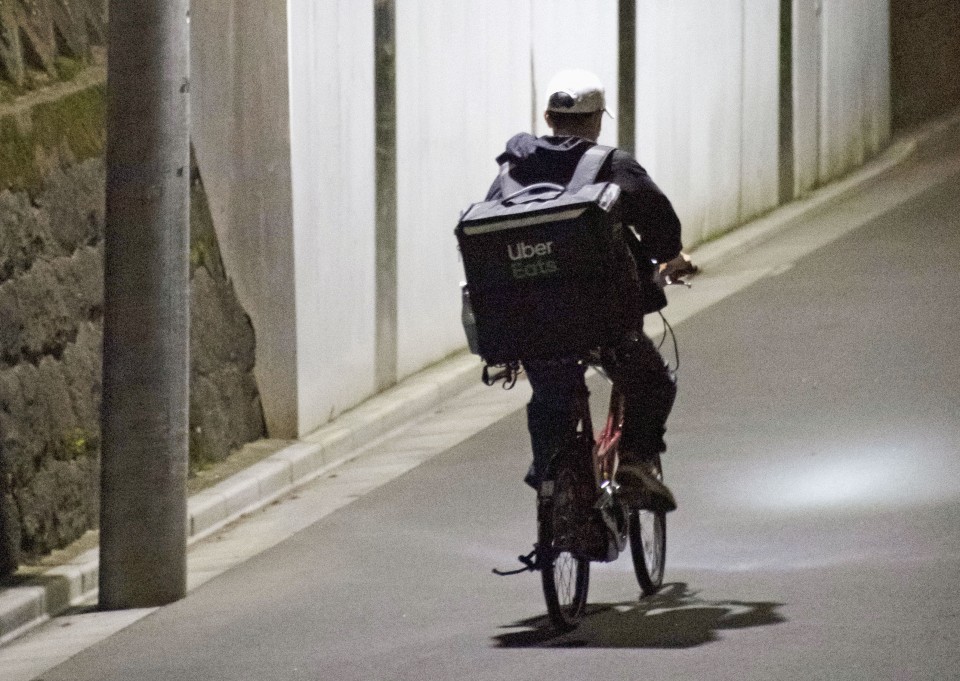 The former legal compliance officer has admitted to the charge, telling investigators she was "aware of a flaw" in the company's registration of foreign workers, according to the police.

The former representative, who now heads Uber Eats Japan Inc., has denied the charge, saying she was not informed directly about the matter, they said. The operator of the food delivery service changed from Uber Japan to Uber Eats Japan earlier this year.

A Vietnamese man hired by the company registered on the Uber Eats website with a false identity, using someone else's residence card that he got through an online broker, according to the police.

The other Vietnamese national has told investigators that Uber accepted overstayers like her, they added.

In 2020, the Tokyo Metropolitan Police Department found 184 cases involving hiring of overstayers or engaging foreign residents in activities other than those permitted for the Uber Eats delivery service.

Demand for Uber Eats and other food delivery services has been rising amid the coronavirus pandemic, with people requested to stay at home and eateries to close early.