Darvish's 11th strikeout was also his 1,500th major league strikeout and he reached the mark in just 197 games, fewer than any other pitcher in MLB history. Randy Johnson, who held the previous record, did it in 206. 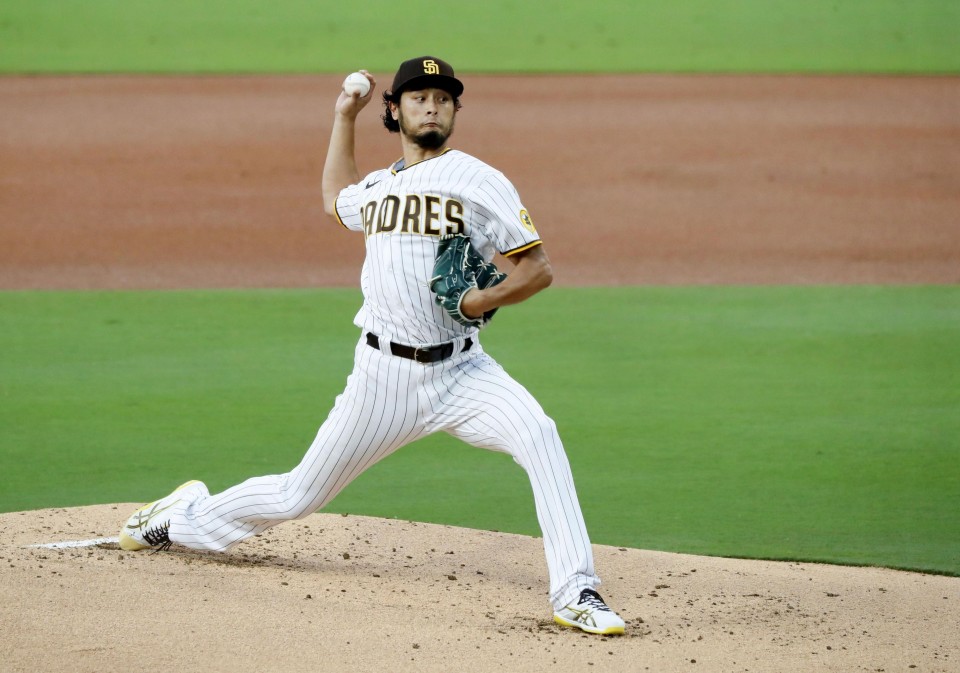 "I knew I was close. I'm proud of myself for achieving (1,500 strikeouts) fastest in MLB history. I've had my share of hardships but I'm here today talking about my 1,500 strikeouts because of all the people who supported me," he said.

Darvish's 78th career win put him joint-third with Masahiro Tanaka on the all-time list for major league pitchers from Japan.

In the series opener at Petco Park, Darvish (7-2) allowed just two hits and one walk to the 22 batters he faced to earn his first win since June 3.

Thanks to a big first inning and a dominant performance from their starting pitcher, who at one point struck out seven consecutive batters, the Padres extended their winning streak to five games and improved to 43-32, third in the National League West.

Manny Machado hit a three-run homer off Julio Urias (9-3) in the first inning that made it 4-0 even before the first out.

Darvish's only blemish was a Mookie Betts solo shot in the third.

The 34-year-old spent three seasons with the Chicago Cubs after playing for the Texas Rangers and a brief stint with the Dodgers. The Cubs traded Darvish to the Padres in a multi-player trade in December.