About 97 percent of 116 major Japanese companies responding to a survey have said they plan to conduct workplace COVID-19 vaccinations, covering at least 2 million people.

The outcome of the Kyodo News survey, released Saturday, also showed that 59 percent of the companies either plan or have already decided to allow employees to have a "vaccination holiday" on the day of inoculation or the following day if they suffer side effects. 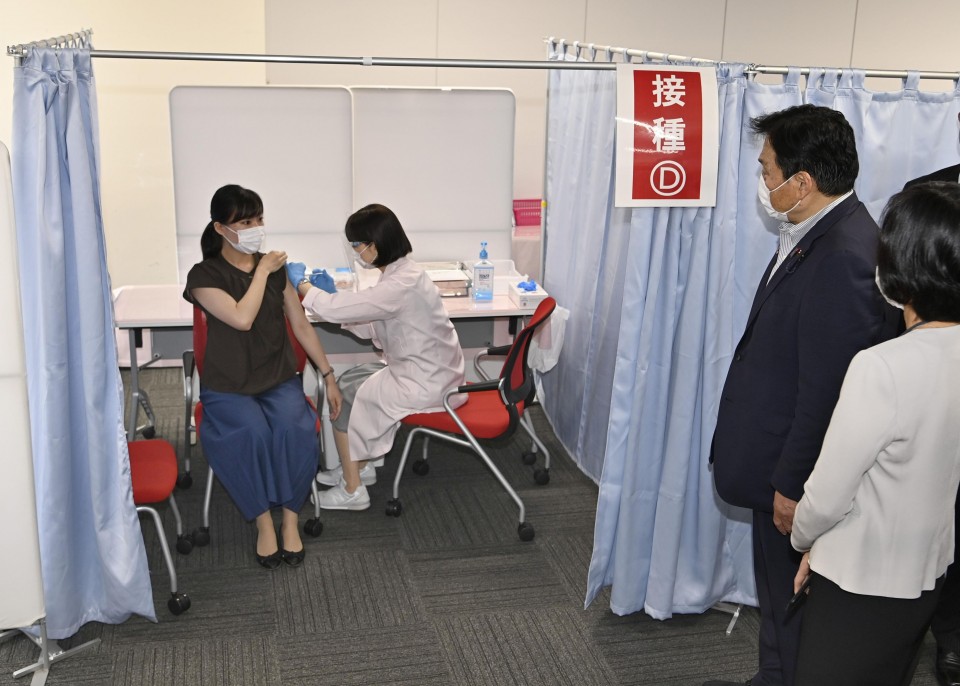 As Japan looks to speed up the pace of its daily COVID-19 shots and expand eligibility to younger people, the government unveiled a plan earlier this month to allow companies and universities to start launching their own inoculation programs from Monday.

The survey covered 127 major companies, of which 116 responded. Currently, entities planning to vaccinate more than 1,000 people are allowed to give on-site inoculations in Japan, where 99.7 percent of firms are small or medium-sized and one of the biggest challenges would be to address immunization disparities.

The 112 companies planning to conduct vaccinations include cosmetics maker Shiseido Co., trading house Marubeni Corp., and investment and technology conglomerate SoftBank Group Corp., which said it will vaccinate about 150,000 people, including family members of their workers.

In the survey, carried out between June 4 and June 16, 39 companies said they had already set a starting day, with 28 of them such as camera maker Canon Inc. and Central Japan Railway Co. beginning their programs on Monday. About a third of the responding firms said they have rough timelines.

As for the venues, with multiple answers allowed, 72 companies chose their headquarters, 47 selected branch offices and 24 picked factories.

It found that 69 companies, including electronics conglomerate Toshiba Corp. and sportswear maker Asics Corp., will introduce the new holiday, while 19 said they are worried about post-vaccination adverse reactions.

Japan's COVID-19 vaccination rollout, which started in February and has been criticized as sluggish, has recently been picking up steam as state-run mass vaccination centers also expanded inoculations to people aged between 18 and 64 to fill in vacant slots.