Department stores, large cinemas and amusement parks in Tokyo and Osaka Prefecture reopened Tuesday as coronavirus restrictions on some businesses were partially eased under the extended state of emergency until June 20.

Such businesses had complained of a severe impact after being requested to close partly or fully in late April when the current virus emergency was first introduced. 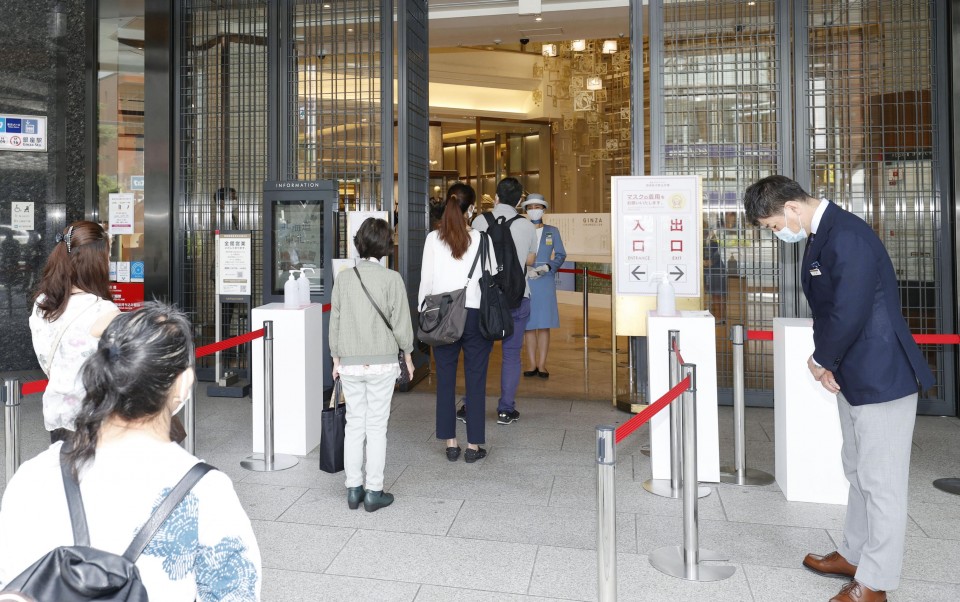 People enter a Mitsukoshi department store in Tokyo's Ginza area on June 1, 2021. All floors opened at the department store as coronavirus-related commercial restrictions eased in the capital the same day. (Kyodo) ==Kyodo

The government of Prime Minister Yoshihide Suga set new guidelines for them when it extended the virus emergencies in nine prefectures last week, aiming to strike a balance between curbing coronavirus infections and reviving the battered economy.

Under the guidelines, department stores are permitted to operate fully on weekdays with shortened business hours while continuing to be limited on weekends to opening food halls and sections selling daily necessities.

Universal Studios Japan in Osaka restarted business the same day for the first time since its closure on April 25 and people were waiting in line in front of its gates from two hours before opening.

The park will open only on weekdays and remain closed on weekends.

"I really want to enjoy USJ since it's been a while. I also want to pay attention to avoiding infection at the same time," said a 30-year-old woman from Osaka who was visiting the park with a friend.

The operator has capped the number of visitors at 5,000 per day and installed acrylic partitions between guest tables at restaurants in the park.

It will also ask visitors to leave the park at separate times to avoid concentrations of people.

The economic pain for restaurants and bars, however, is set to continue with restrictions such as a ban on serving alcohol staying in effect. A cap on attendance at sports events and concerts will also remain.

Currently, a state of emergency is in force in 10 prefectures in total, with the measure extended in nine of them, including Tokyo and Osaka, from the previous end date on Monday.

Okinawa Prefecture, southern Japan, was the latest to come under the measure on May 23 and it was already set to last until June 20. 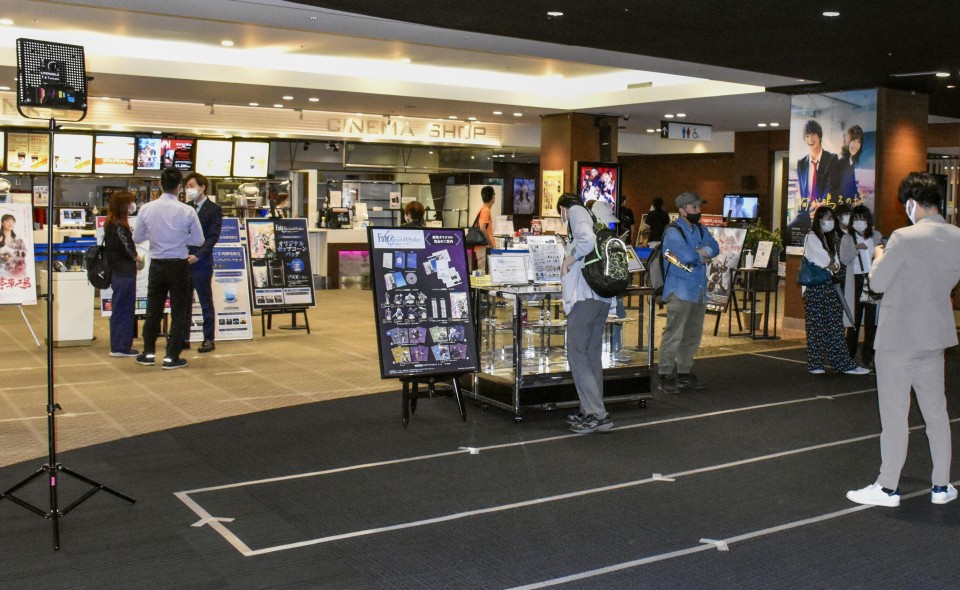 A multiplex cinema reopens in Osaka on June 1, 2021, as movie theaters reopen in the western Japan city the same day following a coronavirus-linked suspension. (Kyodo) ==Kyodo 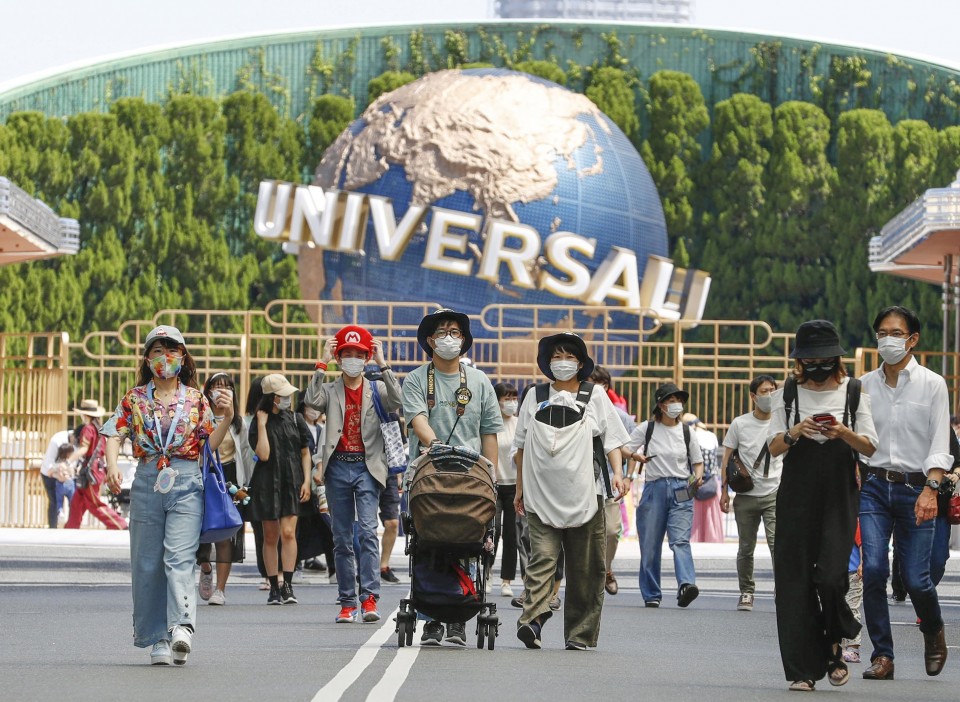 Visitors return to Universal Studios Japan in Osaka on June 1, 2021, as it reopened following the partial easing of business restrictions under the extended coronavirus state of emergency. (Kyodo)