The Japanese Olympic Committee's head of accounting died Monday after being hit by a train in Tokyo in a suspected suicide, investigative sources said. 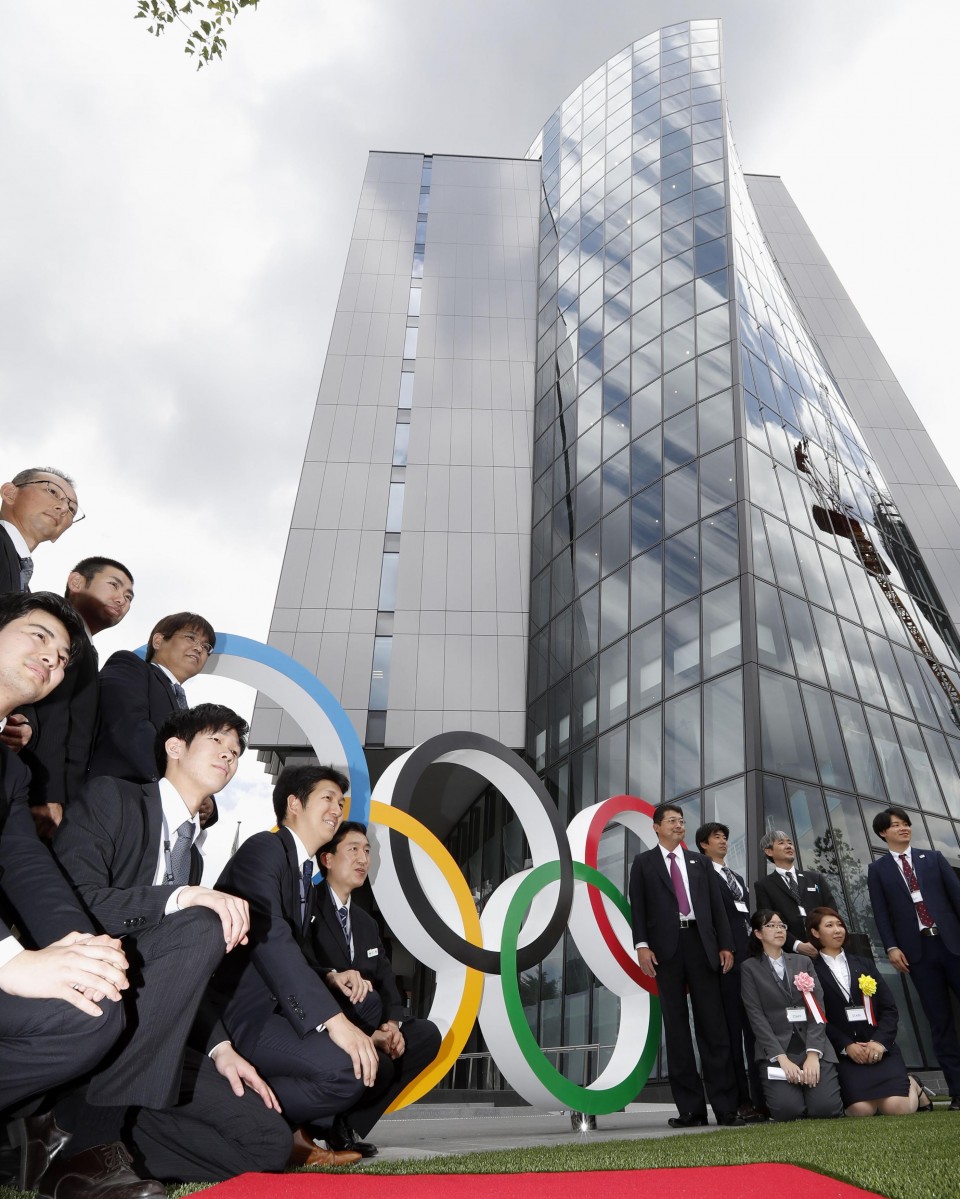 Staff of sporting organizations pose for a photo in Tokyo on May 16, 2019, in front of the Olympic rings and the newly constructed Japan Sport Olympic Square building that houses the Japanese Olympic Committee. (Kyodo) ==Kyodo

The 52-year-old man was hit by the Toei Asakusa Line subway train at Nakanobu Station at around 9:20 a.m., they said, with just over a month to go before the opening of the Tokyo Olympics and Paralympics.

A station staffer saw the man jump into the tracks from the station's platform, the sources said, adding no suicide note has been found.