Russian President Vladimir Putin said Friday that his country is ready to continue talks with Japan toward a postwar peace treaty despite speculation that a constitutional amendment last year would prohibit Moscow from committing to negotiations to resolve a territorial dispute with Tokyo.

"Both Russia and Japan share a strategic interest in concluding a peace treaty," Putin said in response to a question from Kyodo News President Toru Mizutani during an online press conference involving top officials of major press agencies from around the world. "We are ready to continue negotiations," he said. 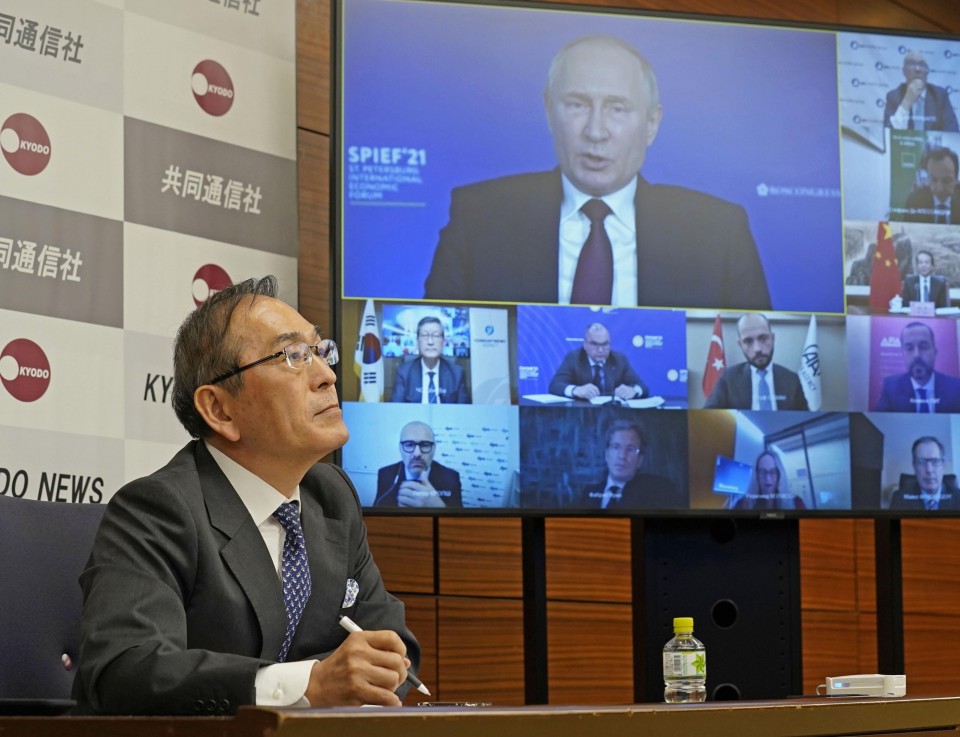 It was the Russian leader's first reference to the continuation of the bilateral peace treaty talks since the constitutional change took effect in July last year barring the country from ceding territory to a foreign power.

"We must take the constitutional amendment into account, but I don't think that the peace treaty talks must be suspended," Putin said.

A territorial dispute over Russian-held islands off Japan's northernmost main island of Hokkaido has prevented the two countries from concluding a peace treaty after World War II.

Russia wants Japan to recognize that the four islands -- called the Southern Kurils in Russia and the Northern Territories in Japan -- were legitimately acquired following Tokyo's 1945 surrender in World War II. Japan takes the view that the seizure was illegal.

Putin said Tokyo has repeatedly changed its position on the territorial issue, shifting its demands between the return of two islands and all four.

Regarding the possibility of handing over all four islands to Japan, Putin said, "Russia or the Soviet Union never agreed to that."

Some in Russia believe that the constitutional amendment bars Moscow from engaging in negotiations with Tokyo over the territorial dispute.

Dmitry Medvedev, the deputy chairman of Russia's Security Council and former president, said in February the constitutional revision had made discussions with Japan over the territorial row impossible.

Putin himself told local media the same month that he will not "do anything that runs counter" to the Constitution regarding the islands issue.

In Friday's press conference, Putin reiterated that "security-related issues" are hindering the peace treaty negotiations, alluding to the possibility that the United States, Japan's security ally, would deploy missiles on Japanese territory and threaten Russia.

Japan has not provided a clear answer on that security concern so far, Putin said.

In 2018, then Japanese Prime Minister Shinzo Abe and Putin agreed to step up peace treaty negotiations based on a 1956 joint declaration between Japan and the former Soviet Union.

The document states that of the group of four islands, the smaller two -- Shikotan and the Habomai islet group -- will be handed over to Japan following the conclusion of a peace treaty.

The two larger disputed islands are Etorofu and Kunashiri.

During phone talks shortly after he took office in September last year, Prime Minister Yoshihide Suga and Putin agreed that the two countries will aim to promote territorial negotiations based on the 1956 joint declaration. 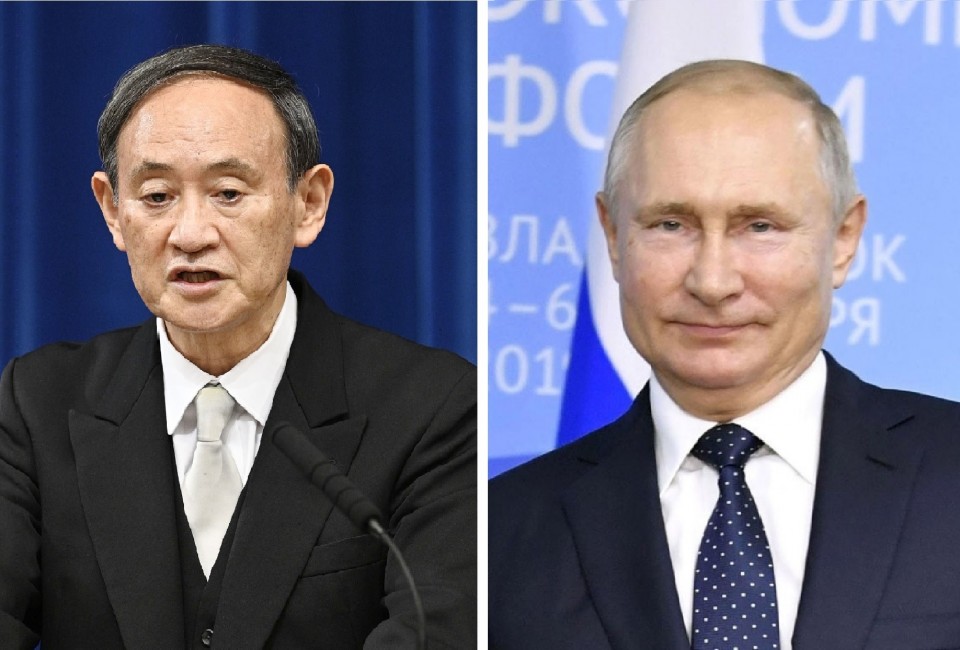 Speaking to reporters after the call, Suga said he told Putin that he wanted to develop Japan-Russia relations and that the row over the sovereignty of the islands "should not be left for later generations to deal with."

Putin said he was ready to continue dialogue on all bilateral issues and the two agreed to meet in person soon to hold "frank discussions," according to Suga.

Suga and Putin have yet to meet in person.