Japan accelerated Monday its rollout of coronavirus vaccines with the aim of inoculating all of the elderly by the end of July amid a fourth wave of infections.

The number of COVID-19 patients with severe symptoms in the country rose to a record 1,152, the health ministry said, as daily coronavirus cases reached more than 4,900 with Tokyo reporting 573 and Osaka Prefecture logging 668. 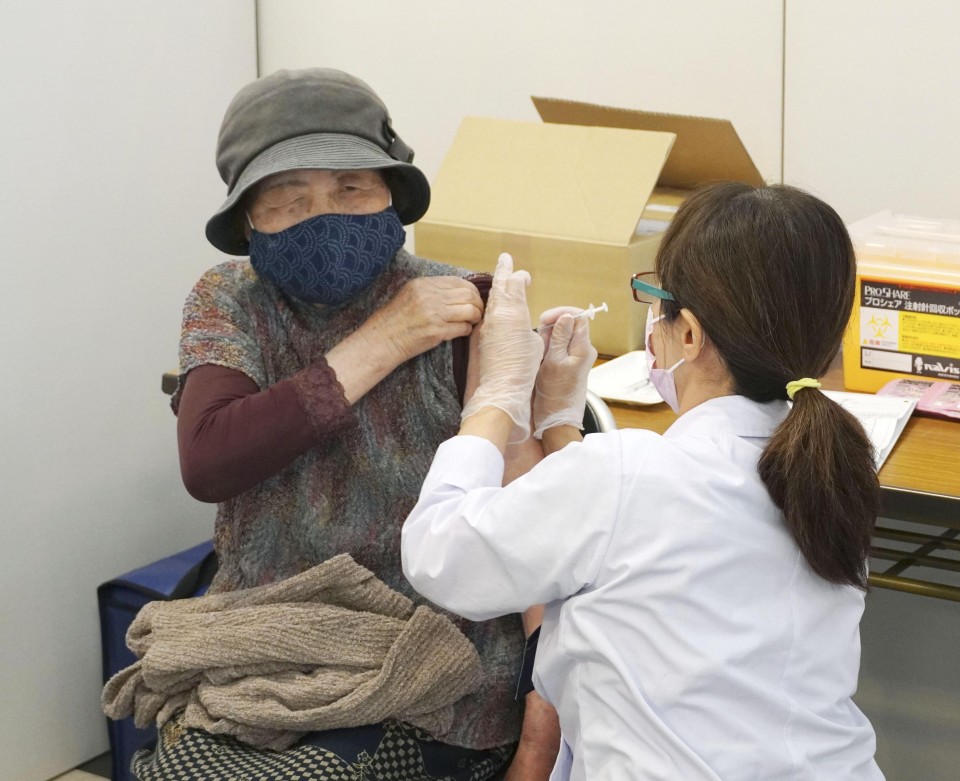 The government will send vaccines to municipalities to administer to over 9 million people in two weeks from Monday, covering a quarter of the nation's elderly population of about 36 million and plans to distribute vaccines for the entire elderly population by the end of June.

Japan lags behind other advanced countries in its vaccine rollout, with only some 240,000 of the elderly having received the first of two shots as of last Thursday, according to government data.

A total of about 390 municipalities will launch the vaccination program in a seven-day period starting Monday, the largest number per week, starting with around 120 local governments on the first day, the health ministry said.

In an effort to secure telephone lines for emergency calls even when calls to make a reservation flood the lines, major Japanese telecom companies have imposed a temporary restriction on the number of incoming calls to local governments accepting reservations.

On Monday, the western Japanese city of Shunan in Yamaguchi Prefecture started administrating doses to eligible people aged 65 or over at a vacant store of a local shopping mall.

"I was relieved to finally be inoculated. I'm about to cry," said 99-year-old Seiichi Aoki, who received his first shot in Shunan.

Meanwhile, prefectural governors agreed during an online conference Monday to call on the central government to step up efforts to complete the inoculation for the elderly by the end of July.

The National Governors' Association will also urge the government of Prime Minister Yoshihide Suga to call on people to take tougher anti-virus measures as highly contagious variants of the virus are on the rise, putting a strain on the nationwide health care system.

Taro Kono, the minister in charge of the country's vaccination efforts, said during a parliamentary session, "We will continue to listen to the requests of local governments and provide appropriate support."

Japan began inoculating its elderly aged 65 or older, or some 29 percent of its population, on April 12, after starting its campaign with health care workers on Feb. 17.