A Japanese cruise ship returned to Yokohama port Saturday after a passenger tested positive for the novel coronavirus.

The infected man in his 60s from Tokyo and a female family member, who tested negative, disembarked from the Asuka II along with all other passengers and headed for Tokyo.

According to cruise operator NYK Cruises Co. and local city officials, some 720 passengers and crew tested negative one week prior to the ship's departure on a seven-day domestic cruise, but the results of additional tests conducted just before boarding on Thursday confirmed Friday afternoon that the man was positive. 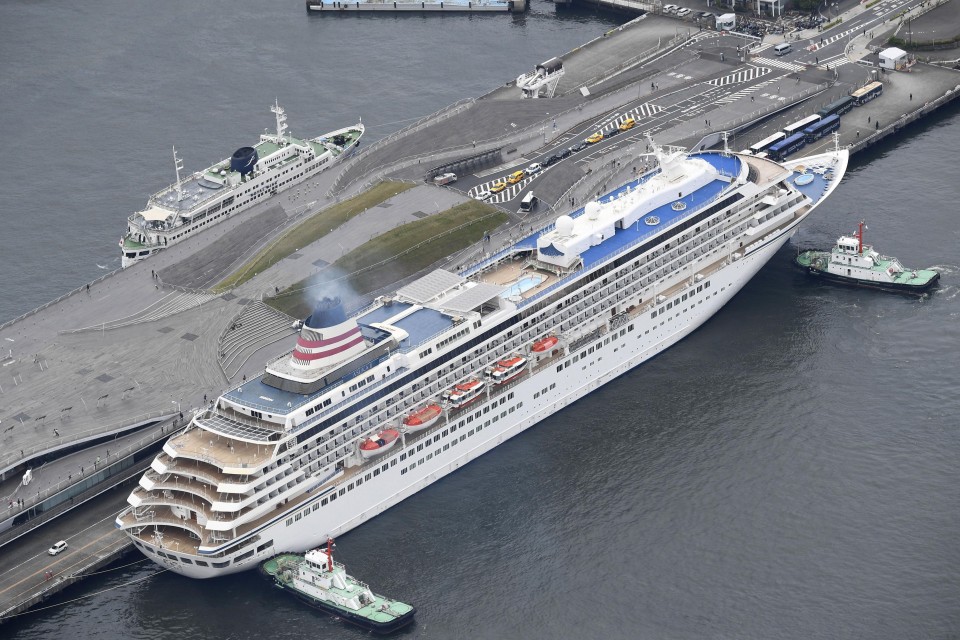 The infected passenger had felt discomfort in his throat after boarding, they said. He was being isolated in his cabin and only his family member had been in close contact with him.

The Asuka II, which left Yokohama on Thursday, was originally scheduled to stop in Aomori Prefecture and Hokkaido before returning to Yokohama next Wednesday.

Fukashi Sakamoto, president of NYK Line, apologized for the inconvenience caused and told reporters in Yokohama, "We were able to respond promptly because we had learned lessons from the Diamond Princess," referring to a cruise ship hit by an outbreak of coronavirus infections last year.

In February 2020 the Diamond Princess cruise ship was quarantined in the same port after infections were found among some 3,700 passengers and crew from 56 countries and regions on board.

The British-flagged, U.S.-operated cruise ship drew attention as the Japanese government's attempt to contain the coronavirus courted controversy. Some 712 people from the ship were ultimately found to be infected and 13 died.