The number of COVID-19 patients with severe symptoms in Japan hit a record 1,050 on Sunday, up 30 from the previous day, as the country grapples with the coronavirus resurgence.

The previous record was 1,043 on Jan. 27 when about a dozen prefectures were under the second state of emergency. 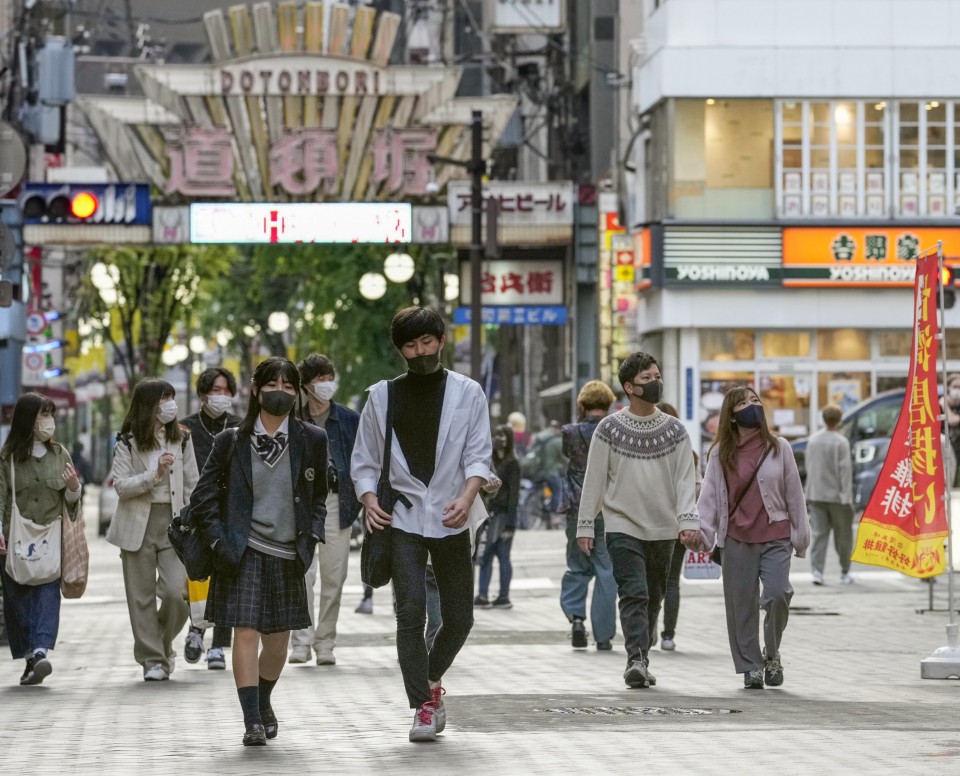 People wearing masks to protect against the novel coronavirus walk in Osaka's Minami area on May 1, 2021, the first of five consecutive vacation days in the Golden Week holiday period. (Kyodo) ==Kyodo

Tokyo and some western prefectures continued to see high infection numbers one week into the third state of emergency even though daily cases tend to decline during weekends when fewer tests are conducted.

Tokyo and the western prefectures of Osaka, Kyoto and Hyogo are subject to the current state of emergency through May 11, covering the Golden Week holiday period that started Thursday and entailing stricter measures than before, including requiring restaurants serving alcohol to close.

Yasutoshi Nishimura, the minister in charge of the government's coronavirus response, said it is too early to judge whether an extension of the emergency will be needed.

Tokyo and the three western prefectures are "in the middle of a tug of war" between the effects of emergency measures and the higher transmissibility of virus variants, Nishimura told reporters.