The Japanese government on Monday approved Pfizer Inc.'s COVID-19 vaccine for 12- to 15-year-olds, the first shot to be made available to children in the country.

The age group will be able to receive shots free of charge in addition to those aged 16 and older already eligible, a health ministry panel decided at a meeting in the afternoon. 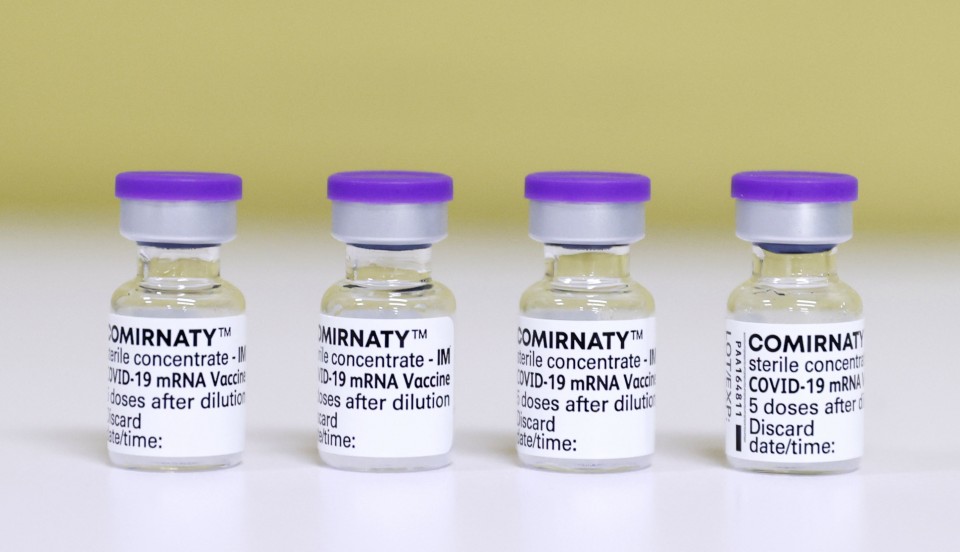 Children aged 12 to 15 will not immediately begin getting the Pfizer vaccine, as Japan is still in the process of inoculating health care workers and people aged 65 and older.

Only around 6 percent of the country's population of 126 million has been given at least one dose, a much lower share than other developed nations.

Prime Minister Yoshihide Suga has vowed to ramp up the effort, promising to fully vaccinate the elderly by July, when the Tokyo Olympics are set to begin.

The panel at the Ministry of Health, Labor and Welfare also approved easing storage guidelines for the Pfizer vaccine, allowing doses to be refrigerated at 2 to 8 C for up to one month after being taken out of the freezer rather than five days.

The U.S. pharmaceutical giant had requested 12- to 15-year-olds be made eligible after a clinical trial involving 2,260 children showed a 100 percent efficacy rate. None given the shots developed COVID-19 symptoms, while 18 who were given a placebo did.

The United States and the European Union earlier this month greenlit the vaccine for use in the age group, with the U.S. Food and Drug Administration saying the "known and potential benefits...outweigh the known and potential risks."

Japan authorized the Pfizer shot for people aged 16 and older in February and has agreements for enough doses for 97 million people as well as supply deals with U.S. biotechnology firm Moderna Inc. and British drugmaker AstraZeneca Plc.

Moderna has also released clinical study results showing its vaccine to be effective on 12- to 17-year-olds, in addition to those aged 18 and older it is currently approved for use on.