In an interview with Kyodo News, Kong urged Japan to depart from diplomacy that follows in the steps of its ally the United States and to strengthen ties with China by exerting "strategic independence." 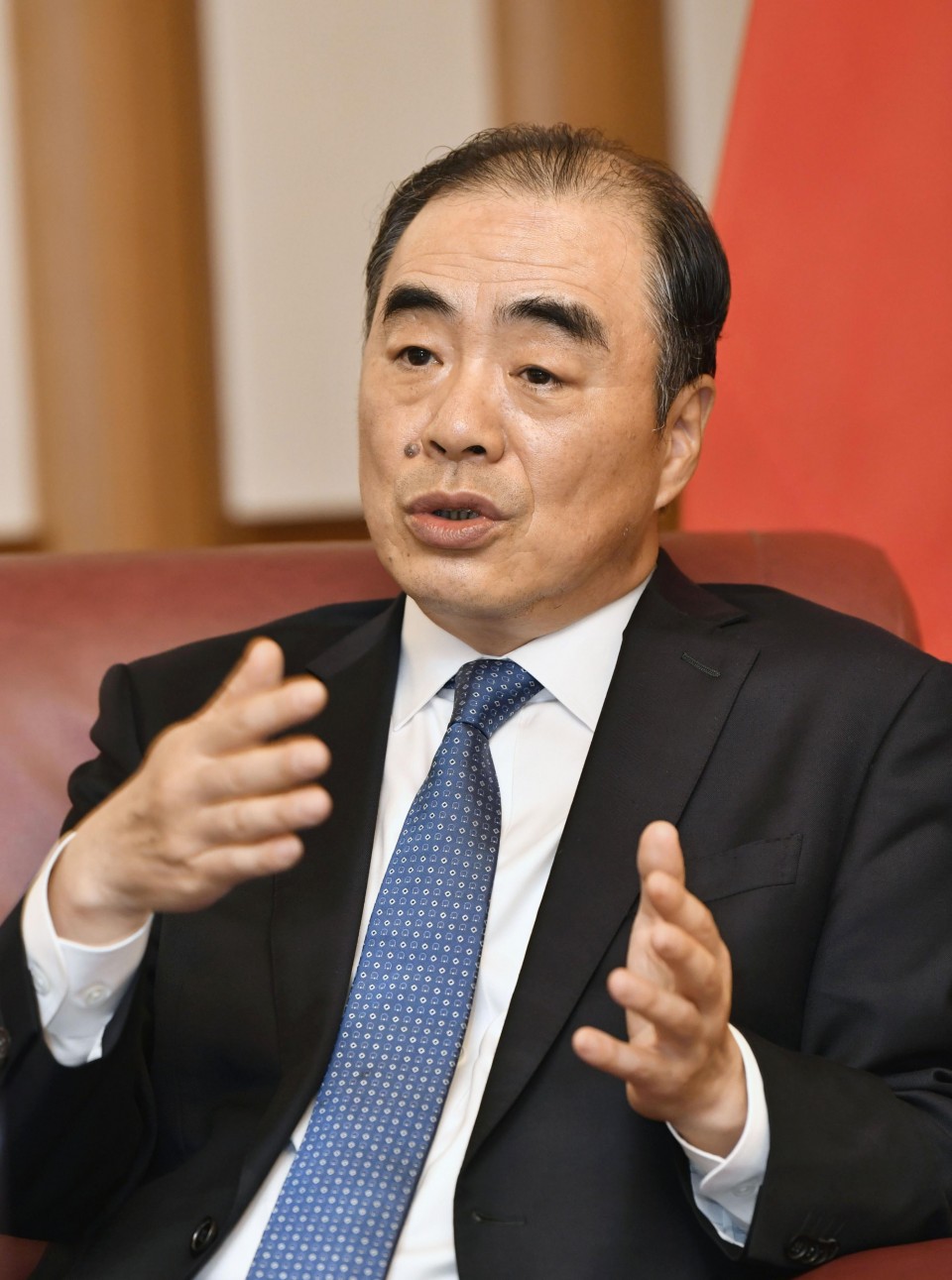 Chinese Ambassador to Japan Kong Xuanyou speaks in an interview with Kyodo News at the Chinese Embassy in Tokyo on May 18, 2021. (Kyodo)

Japan "can keep a good balance" in its respective relations with China and the United States, he said in his first interview with a Japanese media organization since U.S. President Joe Biden took office in January.

The Quad grouping of the four major Indo-Pacific democracies is widely seen as a united front against China's attempts to challenge the rules-based international order.

With 2022 marking the 50th anniversary of the normalization of China's diplomatic ties with Japan, Kong expressed hope that Tokyo will continue to be a cooperative partner for the next 50 years.

The ambassador, however, defended China's military buildup, saying it is necessary to address the increasingly severe security environment surrounding the country and there is "no scenario (in which China) would give up" bolstering its armed forces.

The envoy said the Japan-U.S. alliance "must not undermine the interests of a third country."

The alliance sparks regional rivalries and it would not be in Japan's interest to become entangled in confrontations between major powers, he said.

Kong pointed out that Japan has an obligation to comply with the Japan-China Peace and Friendship Treaty, a 1978 pact under which the neighbors agreed to develop relations of "perpetual peace and friendship."

He stressed the importance of establishing bilateral relations based on genuine mutual trust, saying, "Would it be good for Japan's future to position China as a threat?"

Japan is concerned about repeated intrusions of Chinese vessels in its territorial waters around the Senkaku Islands in the East China Sea. The uninhabited islands are controlled by Tokyo but claimed by Beijing, which calls them Diaoyu.

Kong asserted Chinese sovereignty over the islets and said Japan is "illegally occupying" them.

But he denied that China would seize the Senkakus, saying, "It is not our policy to change (the status quo) by force."

China wants to resolve the issue through peaceful means, he said.

On the Tokyo Olympics and Paralympics, set to be held this summer after a one-year postponement due to the coronavirus pandemic, Kong said he expects Japan to "successfully host the events in a safe and secure manner."

The ambassador said there is no change to China's plan to send athletes to participate in the events.