Shohei Ohtani is questionable for his scheduled start Monday against the Tampa Bay Rays after being hit in his pitching arm by a fastball during the Los Angeles Angels' 2-0 loss to the Seattle Mariners, Angels manager Joe Maddon said.

Batting second in the lineup as designated hitter, Ohtani took a 93.4 mile-per-hour (150 kilometer-per-hour) fastball from Mariners starter Justus Sheffield near the right elbow in the first inning of the American League West clash Sunday at Seattle's T-Mobile Park. 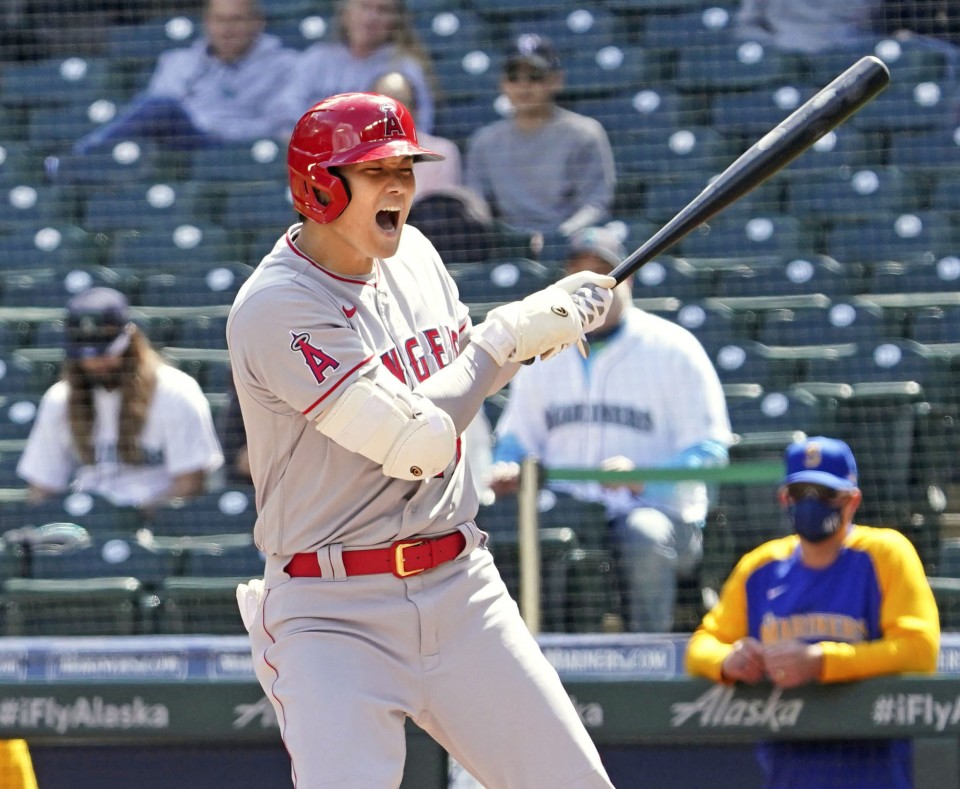 Los Angeles Angels designated hitter Shohei Ohtani reacts after being hit by a pitch during an American League game against the Seattle Mariners at T-Mobile Park in Seattle on May 2, 2021. (Kyodo)

The Japanese two-way star was visibly in pain, but remained in the game and promptly stole second and third to record his first career game with multiple stolen bases.

Maddon said it was unclear whether Ohtani (1-0) would be able to make his fourth start of the year against the visiting Rays on Monday, but did not rule out the possibility of him hitting and pitching for the third time this season.

"I don't know how sore it's gonna be tonight, or tomorrow morning, so that'll be something we have to look at regarding him pitching tomorrow. But it's too early to tell that right now," Maddon said.

Should the Angels be forced to push back Ohtani's start, Maddon does not foresee any ongoing problems from being hit by the pitch.

"It just might be sore for a bit," he said. "But he's fine. He would not have been able to react the way he did afterwards if there was anything more to it."