An estimated total of 564 kilograms of hawksbill turtle shell were seized by Japanese customs authorities between 2000 and 2019, showing evidence of the continued smuggling of the animals and their parts despite a global trade ban on them for over four decades, the World Wide Fund for Nature said Monday.

The WWF urged Japan to immediately review its current policy as the buying and selling of tortoiseshell items, called "bekko" in Japanese, are allowed in the country and that has driven illegal trade. 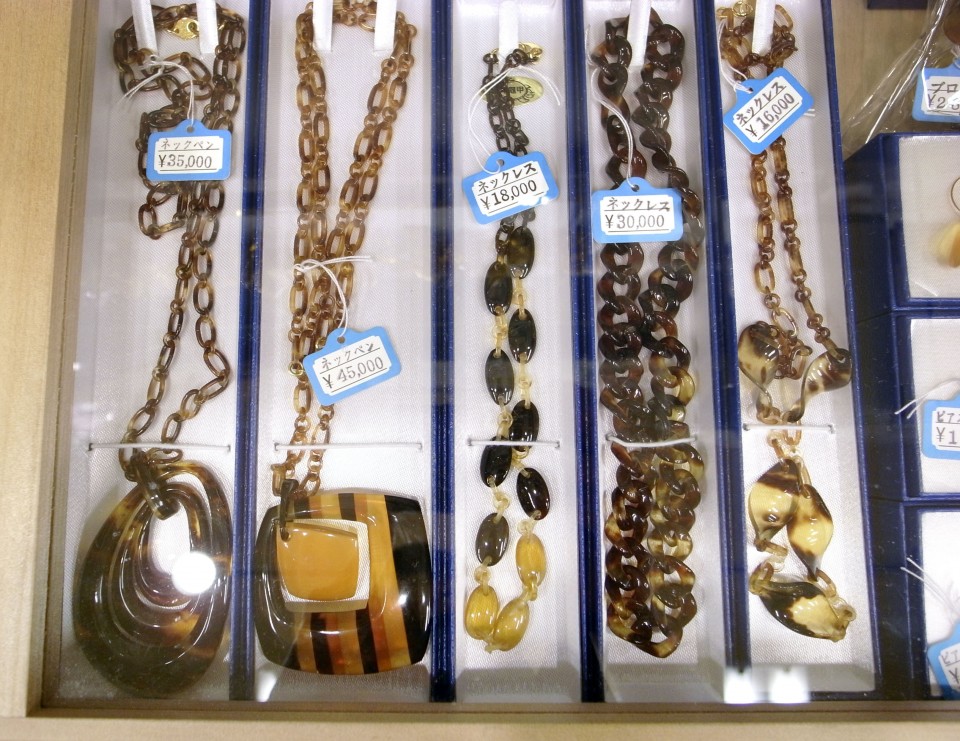 "Japanese authorities should strengthen their domestic controls, international cooperation and use of advanced DNA forensics," the WWF, one of the world's largest and independent conservation organizations, said in a report after looking into official data with two other groups.

They said the analysis also found that the major source region appears to have shifted from nations in Southeast Asia, such as Indonesia and Singapore, to Caribbean countries, including the Dominican Republic and Haiti, in recent years.

The volume seized in 71 illegal importation incidents during the 20-year period by Japan Customs is equivalent to approximately 530 hawksbill turtles, according to the report compiled by the WWF, Traffic, a wildlife trade monitoring network, and the Japan Tiger and Elephant Fund.

It said the primary method of transport was international mail, accounting for 93 percent of all incidents.

The hawksbill turtle inhabiting tropical and subtropical waters is listed as "critically endangered" in the International Union for Conservation of Nature's Red List.

Since 1977, the Convention on International Trade in Endangered Species of Wild Fauna and Flora (CITES) has banned all international commercial trade in the animals, their parts and derivatives.

Japan ratified the convention in 1980 and introduced a zero import quota of raw tortoiseshell in 1993.

But the domestic craft industry, possibly dating back to the 17th century, survived by using materials from stockpiles imported before 1993, according to the WWF.

There is no regulation over trade or business dealing in finished products, it said.

Their snapshot survey of closing bids containing "bekko" on a major online auction platform in Japan in 2019 alone found that at least 8,202 sales of hawksbill products, worth 102 million yen ($930,000), took place.