CHIBA, Japan - A Japanese freelance journalist detained by security forces in Myanmar in mid-April and accused of spreading "fake news" regarding anti-military protests returned to Japan on Friday after being released the same day.

Upon his arrival at Narita airport near Tokyo on Friday night, Yuki Kitazumi, 45, told reporters, "I would like to express my gratitude for people who supported me because many people made an effort (to secure my release)." 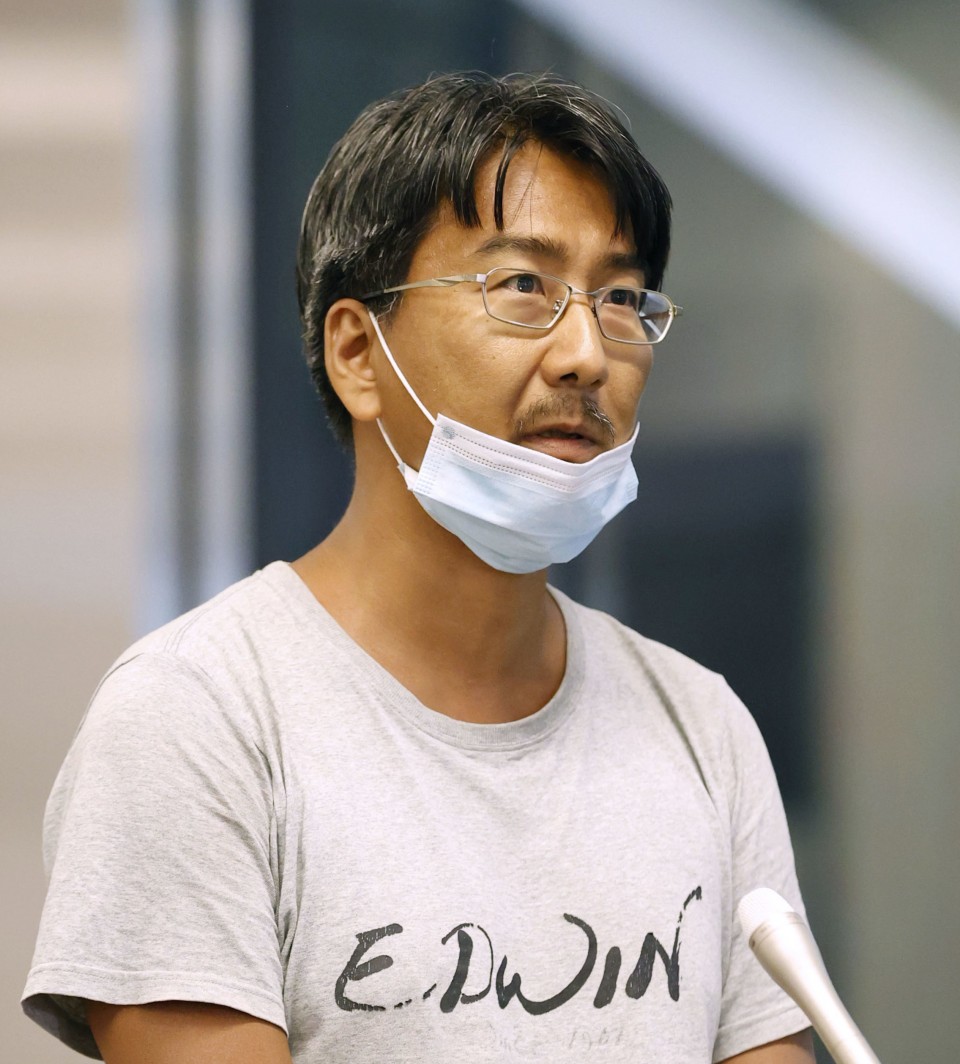 Feeelance journalist Yuki Kitazumi speaks to reporters at Narita airport near Tokyo on May 14, 2021 after returning to Japan following his release in Myanmar.  He had been detained by security force in Myanmar since mid-April. (Kyodo)

"I wanted to report on what was going on in Yangon, but I'm frustrated about not being able to do it," he said, expressing his feelings about returning home.

Kitazumi also described a menacing atmosphere during interrogation, with his questioner pounding the desk and threatening him with prison.

He was not allowed to use a pen while in prison, so he tried to repeat events and details in his mind to keep the memories alive.

Kitazumi said he plans to stay in Japan for a while, although he aims to cover developments in Myanmar, saying, "There are lots of things that people in Myanmar asked me to convey to the world."

At around 5:30 p.m. Thursday, prison officials told Kitazumi to pack his belongings because he was going home the following day.

The journalist was arrested in Yangon on April 18 and a military spokesman said Thursday night he had been moved from prison to a police facility. 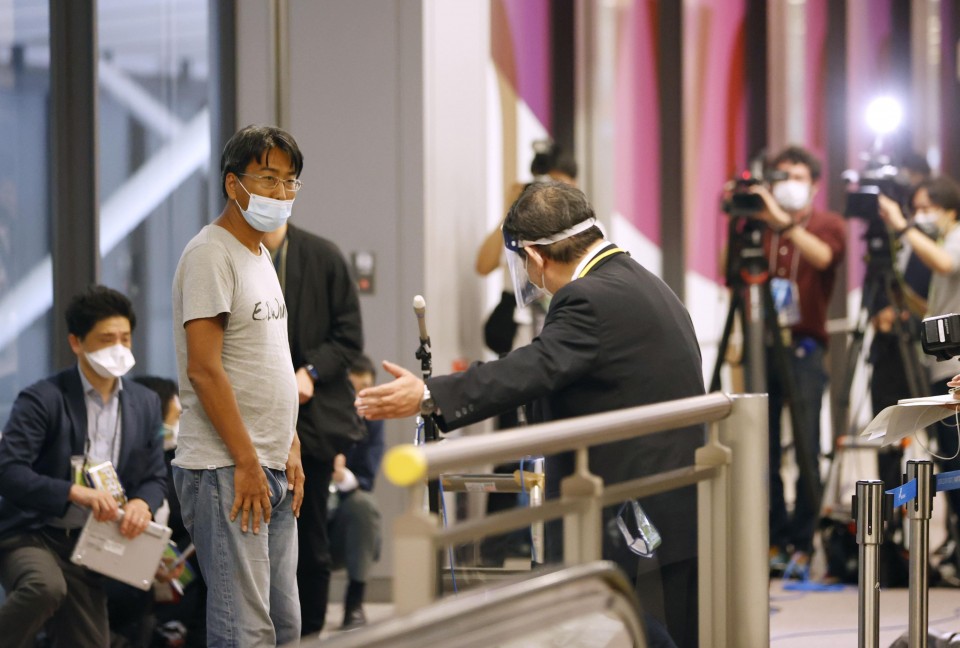 Freelance journalist Yuki Kitazumi speaks to reporters at Narita airport near Tokyo on May 14, 2021 after returning to Japan following his release by security forces in Myanmar. (Kyodo)

According to a state-run newspaper on Friday, Kitazumi had been indicted for supporting the anti-coup civil disobedience movement and riots, and for not complying with visa regulations.

The military junta decided to release Kitazumi "in consideration of cordial relations between Myanmar and Japan up to now and in view of future bilateral relations, and upon the request of the Japanese government special envoy on Myanmar's national reconciliation," according to state-run TV on Thursday night.

Before Kitazumi was freed, Motegi said Friday morning that the journalist would be released and return to Japan by the end of Friday at the earliest.

"It was the result of efforts made by Ambassador Ichiro Maruyama and other people who tried to seek the early release (of the Japanese journalist) through various channels," Motegi said at a meeting of the House of Representatives Foreign Affairs Committee. 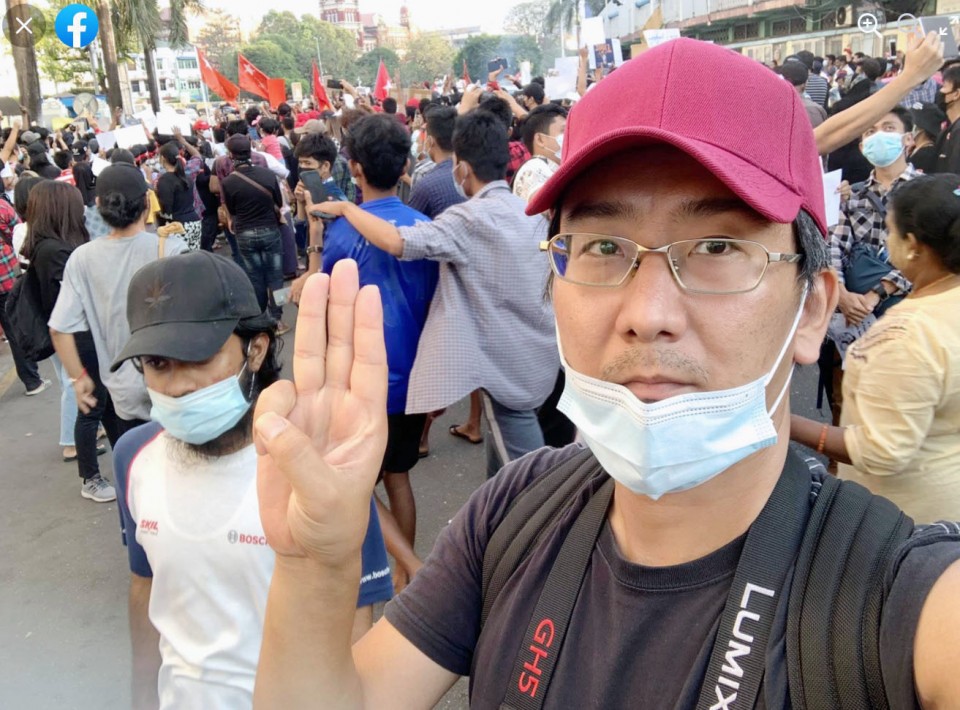 The journalist, who previously worked at the Tokyo-based Nikkei business daily, had covered anti-government protests and posted information deemed to be critical of the military on social media.

Kitazumi had been detained previously while covering an anti-military protest on Feb. 26, but he was released later in the day.