A 90-year-old man of Japanese descent in the Philippines, who is stateless due to the turmoil after World War II, is on track to acquire long-sought Japanese citizenship, it was learned Wednesday.

Julio Oshita, who resides on Palawan island, was last month granted permission by a family court in Hiroshima Prefecture to establish a new family register at a Japanese government office, in a major step toward becoming a Japanese citizen. 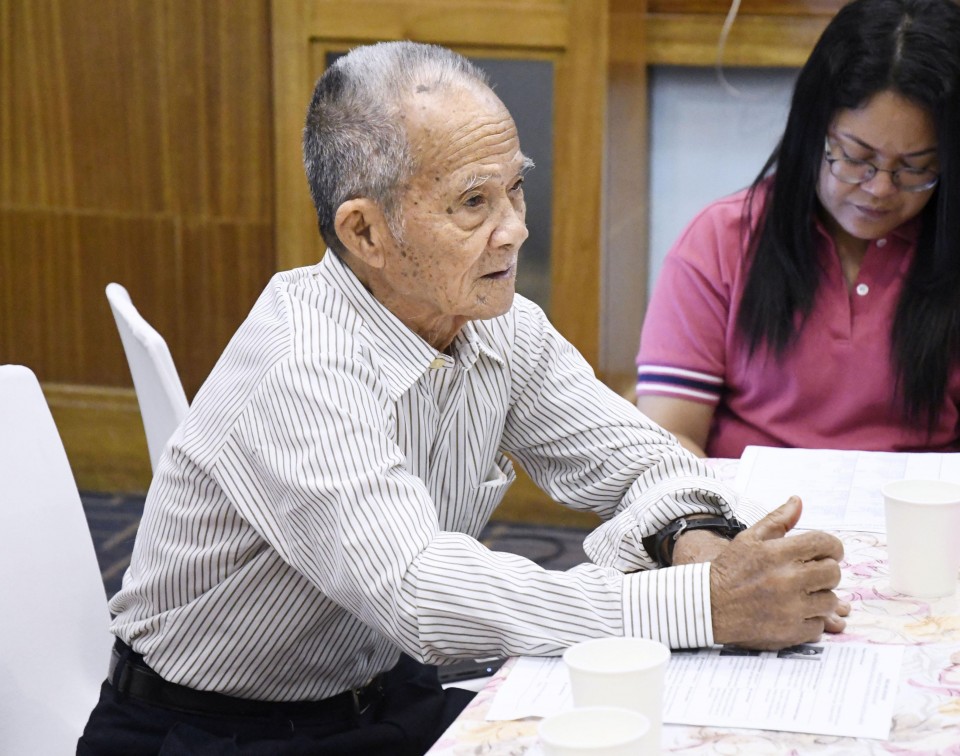 According to the Philippine branch of the Office of the U.N. High Commissioner for Refugees, the average age of war-displaced descendants of Japanese remaining in the Philippines is 81. Over 700 of them are stateless, and in many cases they die without attaining Japanese nationality.

The UNHCR, which aims to eliminate statelessness, recently called on the Philippines and Japan to act urgently to help them acquire citizenship, such as by processing their cases at family courts in Japan.

But when World War II broke out, large numbers of the children became separated from their fathers, who either joined the Imperial Japanese Army, were repatriated to Japan or died during the tumultuous times.

"Because they became retaliatory targets of Japanese atrocities during the war, many Japanese descendants fled into remote locations and hid their Japanese bloodline and discarded the documents and pictures indicating their Japanese origin," a UNHCR report noted as one of the main reasons these people never acquired citizenship from either country.

Oshita's father traveled from Nagasaki Prefecture to the Philippines in 1911 to engage in agriculture and later married a local woman. However, anti-Japanese sentiment increased when the war began, and he was shot dead by a local guerrilla in 1942.

Seeking a connection with their father, he and his brother sent a letter to the Japanese Embassy in the 1960s asking for its help in finding relatives in Japan, but no progress was made.

In 2018, an acquaintance put him in touch with a support group for stateless people of Japanese descent in the Philippines, and the following year its members, Japanese Embassy staff, and Japanese lawyers interviewed him and drew up a statement of facts.

After an investigation revealed that his father's registered domicile was in Hiroshima Prefecture, he filed for permission to establish a family register there, which was approved on April 28.

During his interview, Oshita sang a Japanese song and used some simple Japanese words, while stating in the local language, "I have Japanese blood. I want to visit my father's hometown."