An aging nuclear reactor in central Japan will be restarted in late June, becoming the first unit to operate beyond the government-mandated 40-year service period under new rules set after the 2011 Fukushima disaster, the operator said Wednesday.

Kansai Electric Power Co. will begin loading nuclear fuel into the No. 3 unit at the Mihama plant in Fukui Prefecture from May 20, with full operation expected to commence after final inspections in late July, according to the utility. 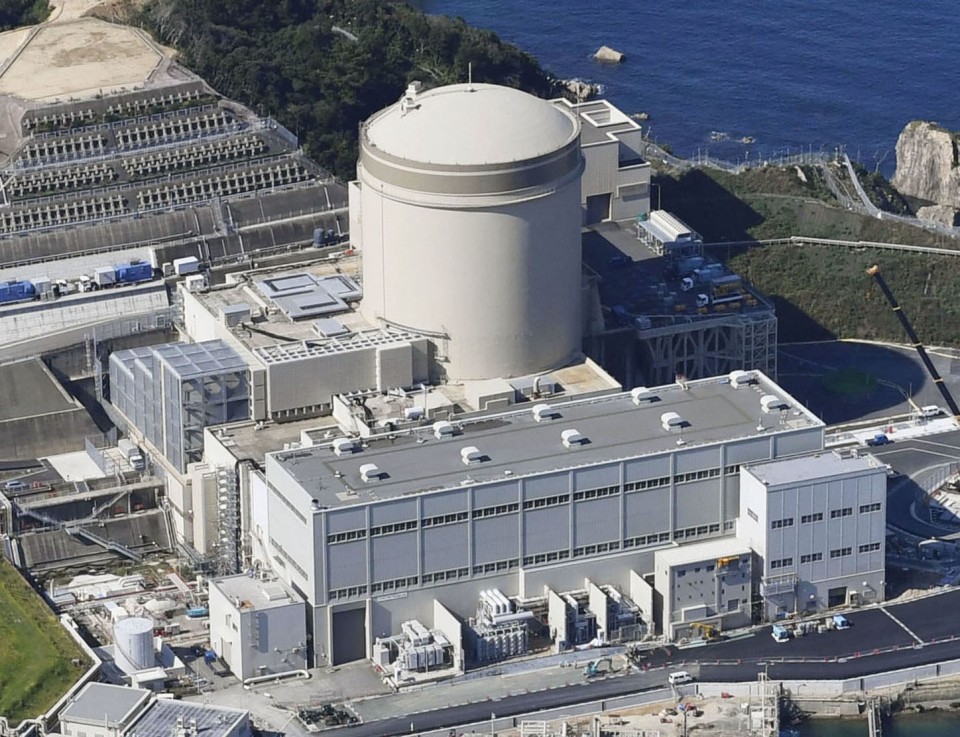 The Nuclear Regulation Authority granted approval in 2016 for the reactor to operate beyond the 40-year limit for an additional period of up to 20 years, after screening the company's safety measures for the unit.

The mayor of Mihama also gave his consent for the resumption in February this year, followed by Fukui Gov. Tatsuji Sugimoto on April 28.

But the No. 3 unit, which has been idle since the 2011 Fukushima nuclear disaster, will likely operate for just four months until Oct. 25 as the implementation of counterterrorism measures is unlikely to be completed, according to the company.

Two other Kansai Electric reactors in Fukui Prefecture have also secured nuclear watchdog approval and local consent to operate beyond the 40-year limit.

But the Nos. 1 and 2 reactors at the Takahama plant will not resume operation for the time being as the utility is unlikely to meet a June 9 deadline to complete the implementation of counterterrorism measures.