The Indian government on Saturday reported 4,187 COVID-19 deaths, a record single-day total and the first time the number has exceeded 4,000, as highly contagious variants continue to rage across the South Asian country.

The number of confirmed infections per day has exceeded 400,000 for three consecutive days, with the country's health authorities confirming 401,078 new cases on Saturday. 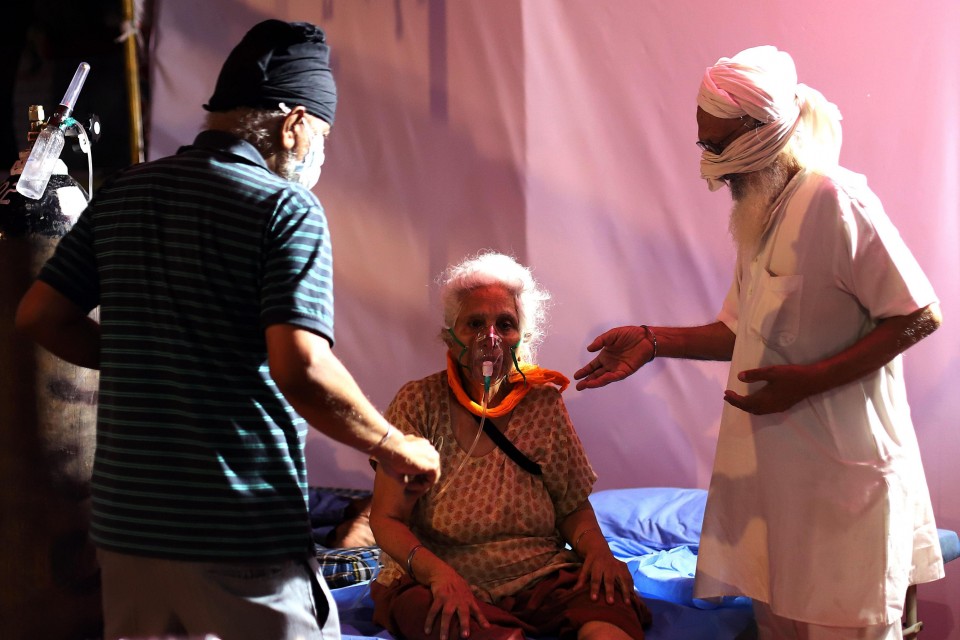 A patient breathes with the help of oxygen in Uttar Pradesh, India on May 7, 2021 amid a rise in coronavirus cases across the country. (Anadolu Agency/Getty/Kyodo)

Health officials said at a press conference on Wednesday that the proportion of highly infectious British mutants has decreased while the number of so-called double mutants, first found in India, has increased over the last month and a half.

Double mutant strains, in which two mutations come together in the same virus, are believed to make the coronavirus more contagious and more resistant to vaccines.

According to the World Health Organization, India accounted for about 30 percent of the more than 91,000 infected people who died over the past seven days and about half of the approximately 5.5 million newly infected people.

With the exponential rise in the number of infected people, hospitals are being overwhelmed by a shortage of beds and medical oxygen. Local media are reporting that some patients have died waiting for the lifesaving gas.

A shipment of 100 oxygen concentrators arrived in India Saturday as part of emergency assistance from the Japanese government. The oxygen will be distributed to hospitals through the Indian government.