Believing that the camera lens can cut through to a truer reality than is apparent to people at the time, a Japanese photographer has made a pictorial record for the future of the impact of the pandemic on Tokyo, following up on a similar endeavor to chronicle the devastation that followed in the wake of the triple disaster to hit northeastern Japan in 2011.

Takeshi Yamagishi, who has long been fascinated by what he sees as the power struggle between civilization and nature, believes that humanity might be at a crossroads now, ready to reconsider this most crucial relationship.

"When people look at those pictures after half a century, I wonder whether they will think people are still doing the same stupid things or have made some progress," Yamagishi said of the two projects. 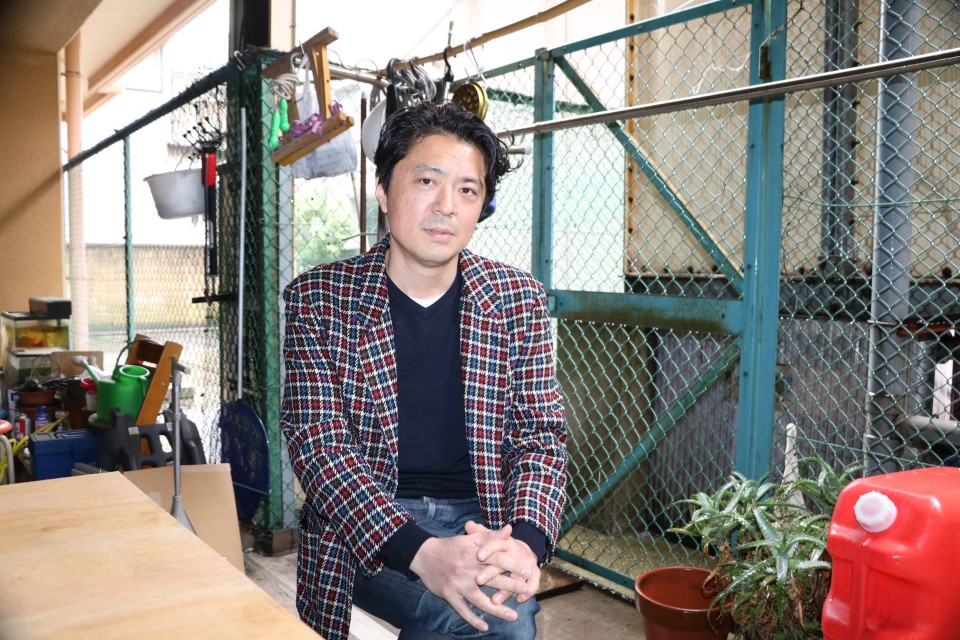 Yamagishi shoots pictures of buildings and landscapes that he sees as reflecting human thoughts and behavior.

Human perceptions of reality are "selective," he argues, because people will see what they want to see. In contrast, cameras just record what is out there.

Illustrating his point, he says he is often amazed at how photographs reveal the difference between his version of reality and what the camera actually captured.

"Photographs are neutral in terms of perceptions, and that's the most intriguing aspect for me," he said.

A collection of photographs of scenes in the capital under the coronavirus pandemic, accompanied by text he has written, was published as the book "Tokyo Pandemic" in April by the Waseda University Press.

The title of each photo in the book is the date and place of the image being captured, such as "Aug. 9, 2020, the Nippon Foundation Para Arena in Higashi-Yashio, Shinagawa Ward."

Photo taken on Aug. 9, 2020, shows the Nippon Foundation Para Arena in Tokyo that was temporarily converted into a makeshift facility to accommodate COVID-19 patients with no or mild symptoms. (Photo courtesy of Takeshi Yamagishi)(Kyodo)

At the end of each chapter, there is a memo showing the number of new infections and cumulative number of infections in the capital on the date corresponding to the date of the picture, just like a coronavirus tracker.

When Yamagishi looked at a group of prefabricated structures on the premises of the Para Arena, a gymnasium for para sports that was converted into a makeshift facility to accommodate COVID-19 patients with no or mild symptoms, he recalled the makeshift houses built for people who had lost their homes due to the quake disaster 10 years ago, he wrote in the book.

Since the photograph was taken, with the Aug. 24 opening of Tokyo Paralympics approaching, the Nippon Foundation reopened the facility for training of para athletes on April 1.

Yamagishi, 44, started taking pictures of Tohoku before the 2011 earthquake, tsunami and nuclear disasters, but he became more actively engaged in capturing scenes there after he took a memorable photo at a port in Miyako, Iwate Prefecture, in May 2011.

It was a picture of a building that was stripped to the bare bones by the tsunami, which he saw as a symbol of a "crystal of artificiality" taking in nature, a foreign body, from the outside, just like a plant absorbs sunlight. 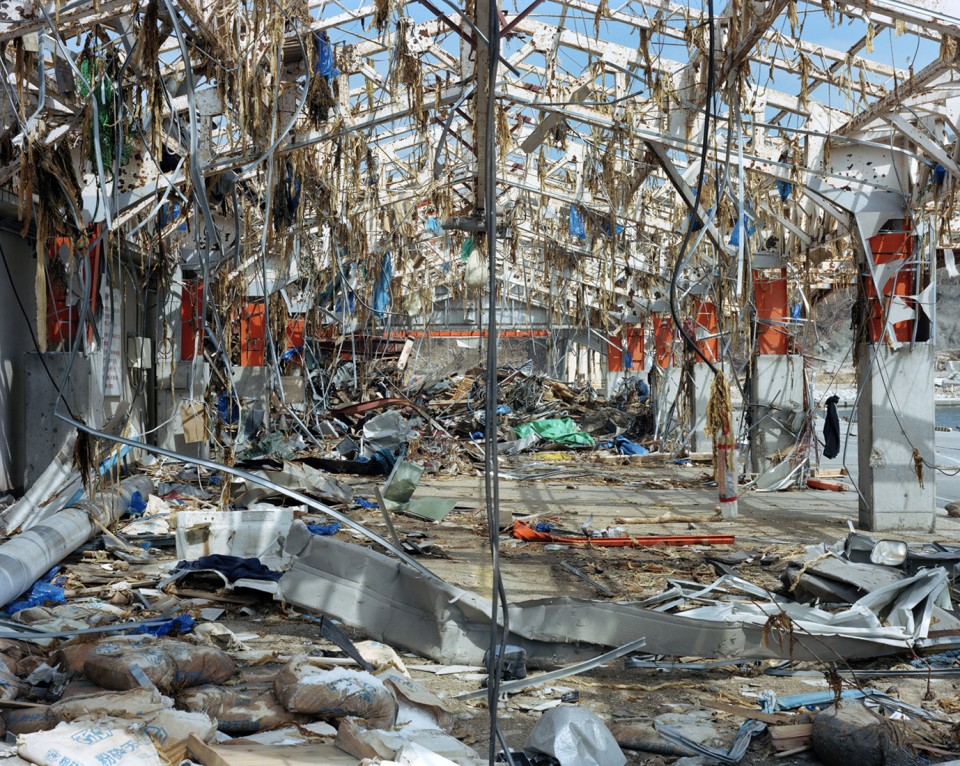 With some critics warning that both virus outbreaks and many natural disasters, as well as their intensity, may be the result, directly or indirectly, of human activities on the environment, Yamagishi suggests it is time to reconsider the "human-centric" approach in terms of dealing with nature.

For Yamagishi, a city or town ideally exists in a delicate balance between human work and something mankind cannot create or control, which he refers to as nature, and he suggested that he will continue his journey to capture such scenes in the future.

An exhibition featuring Yamagishi's photography of Tokyo, among other photographers' works, had been under way from April 15 at Tokyo Little House in the capital but it was temporarily suspended due to the country's third state of emergency launched in Tokyo and three other prefectures on April 25.