The three Americans are Michael Hopkins, Victor Glover and Shannon Walker, all from the National Aeronautics and Space Administration.

The Crew Dragon capsule splashed down at 2:56 a.m. off the coast of Florida, the first time a manned U.S. craft has reached Earth under darkness since the Apollo 8 mission returned from the moon in 1968. 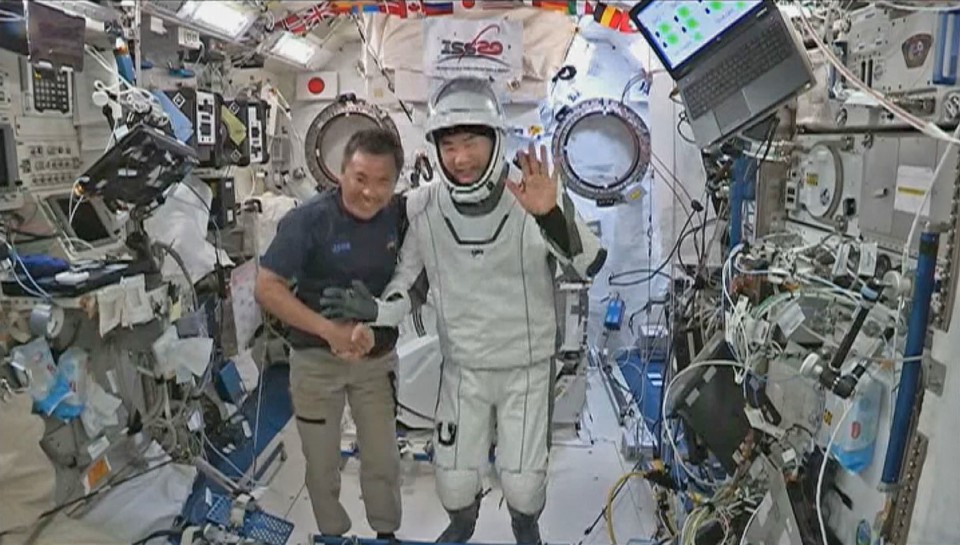 It was launched in November from NASA's Kennedy Space Center in Florida as the second manned flight to the ISS by the commercially built spacecraft.

The four astronauts were initially planning to return in late April but their departure was pushed back due to unfavorable weather conditions.

While the four were on the ISS, another SpaceX ship ferried Japan's Akihiko Hoshide, 52, and three other astronauts to the orbiting laboratory, putting two Japanese astronauts in space simultaneously for the first time since 2010.

SpaceX, officially known as Space Exploration Technologies Corp. and founded by Tesla Inc. CEO Elon Musk, developed the Crew Dragon as a successor to NASA's costly Space Shuttle transportation system that was in service for 30 years through 2011.

Noguchi, a 56-year-old veteran astronaut, became the first person in the world to have flown on the Space Shuttle, a Russian Soyuz craft and the Crew Dragon.