At that pace, it would take about seven months for every person in the country aged 16 and older to receive both of their shots. 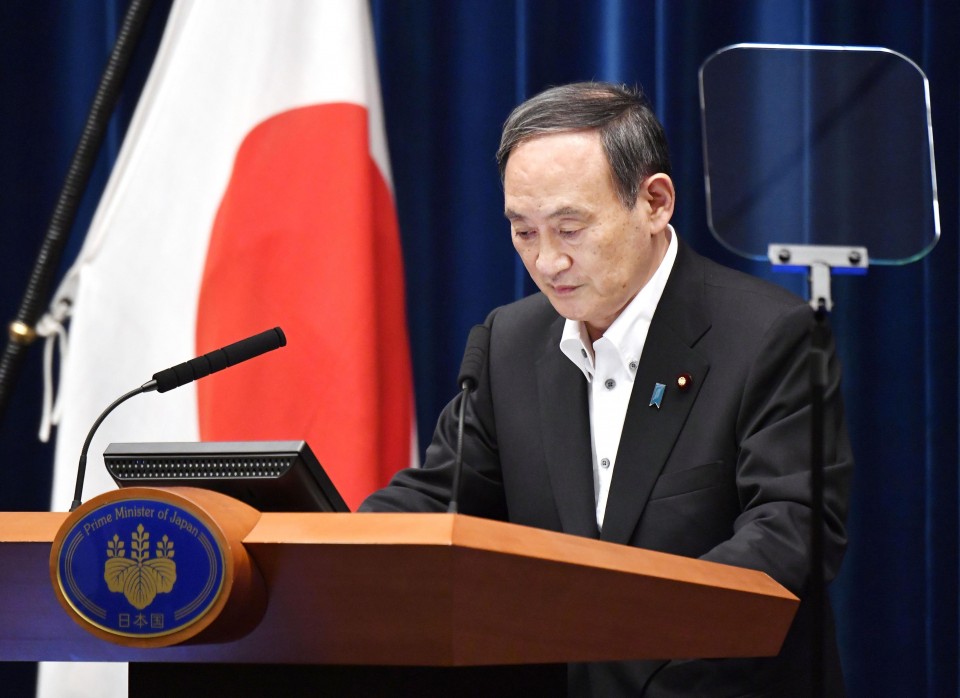 Japanese Prime Minister Yoshihide Suga speaks at a press conference at his office in Tokyo on May 7, 2021, about the government's decision to extend the coronavirus state of emergency beyond Tokyo and the Osaka region and its extension through the end of the month. (Kyodo) ==Kyodo

Speaking at a press conference after announcing the decision to extend the state of emergency covering Tokyo and other prefectures, Suga said he expects some municipalities to begin vaccinating people with underlying conditions such as diabetes next month.

A little more than 3 million people in Japan have received at least one shot, around 2 percent of the population, according to government data. Only health care workers and people aged 65 and older are currently eligible to be vaccinated.

Suga also said Japan is in talks with Moderna Inc. and Novavax Inc. for 200 million doses of vaccine to be administered next year.

The government already has an agreement with Moderna to receive delivery of 50 million doses by the end of September. The Ministry of Health, Labor and Welfare could approve the vaccine this month, making it the second available in the country after Pfizer Inc.'s shot.

Suga said he expects plans to offer the option to be vaccinated to athletes competing at this summer's Tokyo Olympics and Paralympics to extend to members of the Japanese delegation.

Addressing concerns among the public about staging the games despite the ongoing pandemic, Suga reiterated his pledge to take strong measures to ensure they are "safe and secure."

Japan expands COVID-19 state of emergency, extends it to May 31