Prime Minister Suga is serving the remainder of the term for Abe, who stepped down last year due to ill health. The term ends at the end of September, making it necessary for the Liberal Democratic Party to hold an election to pick its next leader. 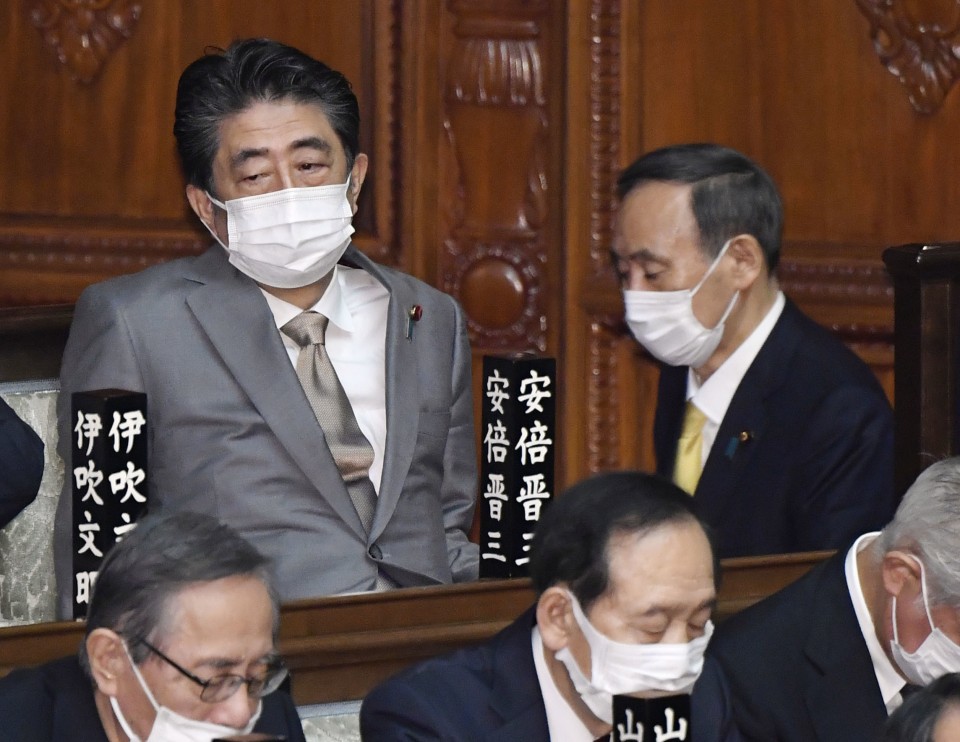 "Are we going to have a different president after a year? It's natural for Mr. Suga to stay on," Abe said during a BS Fuji TV program. "If you are a party member, you should use your common sense."

Suga had served as Abe's right-hand man and the public face of the Abe administration since 2012 as chief Cabinet secretary. Before stepping down, Abe faced criticism about his government's handling of the coronavirus pandemic and some speculated that a rift had emerged between him and Suga.

Suga himself has also come under fire for the COVID-19 response and public dissatisfaction has grown as vaccine rollouts have been slow and the country is still struggling to stem rising coronavirus cases. Populous areas such as Tokyo and Osaka have been placed under a state of emergency over the virus for a third time.

"If Japanese people choose Prime Minister Suga in an election, is the LDP going to change the outcome? That's not right," Abe told the TV program, referring to the possibility of a general election before the party's presidential election.

As the current four-year term for members of the House of Representatives is set to expire in October, a general election has to be held by this fall.

The LDP and its coalition partner Komeito currently control both houses of parliament.