Kataoka Hidetaro, a Kabuki actor and living national treasure in Japan, has died of chronic obstructive pulmonary disease, Shochiku Co., a producer of Kabuki performances, said Thursday. He was 79.

Hidetaro, who died at his home in Suita, Osaka Prefecture, on Sunday, was born as the second son of the famous Kabuki actor Kataoka Nizaemon XIII. He grew up in one of the most prestigious Kabuki families Matsushimaya with his brothers Gato and Nizaemon XV, the latter also a living national treasure. 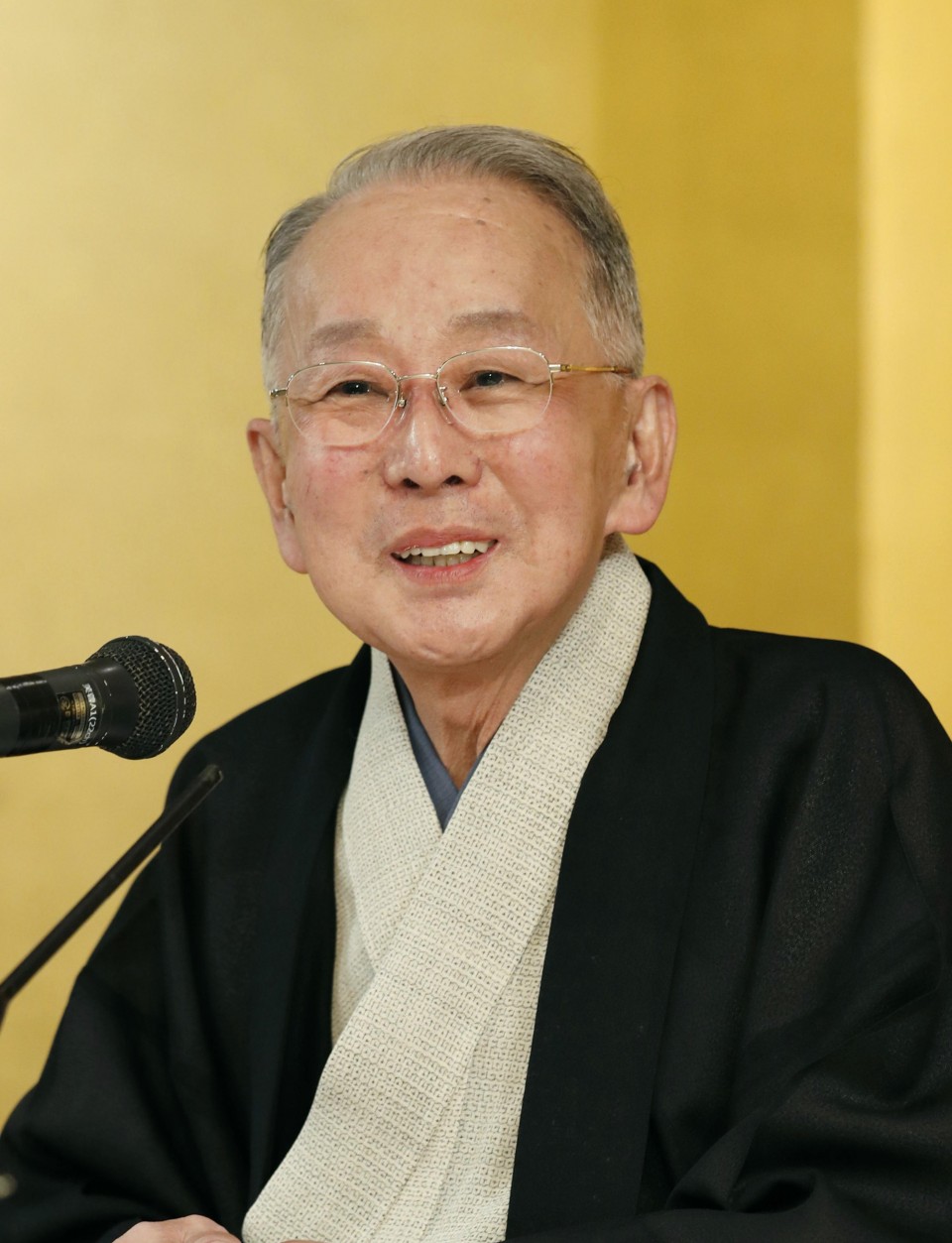 Hidetaro made his stage debut in 1946 and later made his name as a superb onnagata, a male actor who specializes in female roles, as he excelled in playing a wide variety of women including prostitutes and housewives, and from young to old.

He was known as a champion of the Kamigata style of acting originating in the Kyoto and Osaka area, and passed on a tradition distinctive from Kabuki in Tokyo to younger actors.

At the Shochiku Kamigata Kabuki school opened in 1997, Hidetaro taught Kabuki acting for youth from ordinary families in the Kansai area in western Japan. He also taught the fundamentals of onnagata acting at a school for children in the Kabukiza Theatre in Tokyo.

His last performance was at the Minamiza Theatre in Kyoto in December as Lady Fuji in "Kumagai Jinya."

Hidetaro was designated as a living national treasure in 2019 and received the Order of the Rising Sun, Gold Rays with Rosette in 2021.