Meeting on the sidelines of a three-day gathering of Group of Seven foreign ministers in London through Wednesday, Motegi welcomed Britain's scheduled dispatch of the aircraft carrier Queen Elizabeth and its strike group to Japan and the Indo-Pacific later in the year, according to the Japanese Foreign Ministry.

"The deployment of the British aircraft carrier strike group to the Indo-Pacific symbolizes Britain's commitment to the region," Motegi was quoted by the ministry as telling Raab in their first face-to-face talks since August 2020. 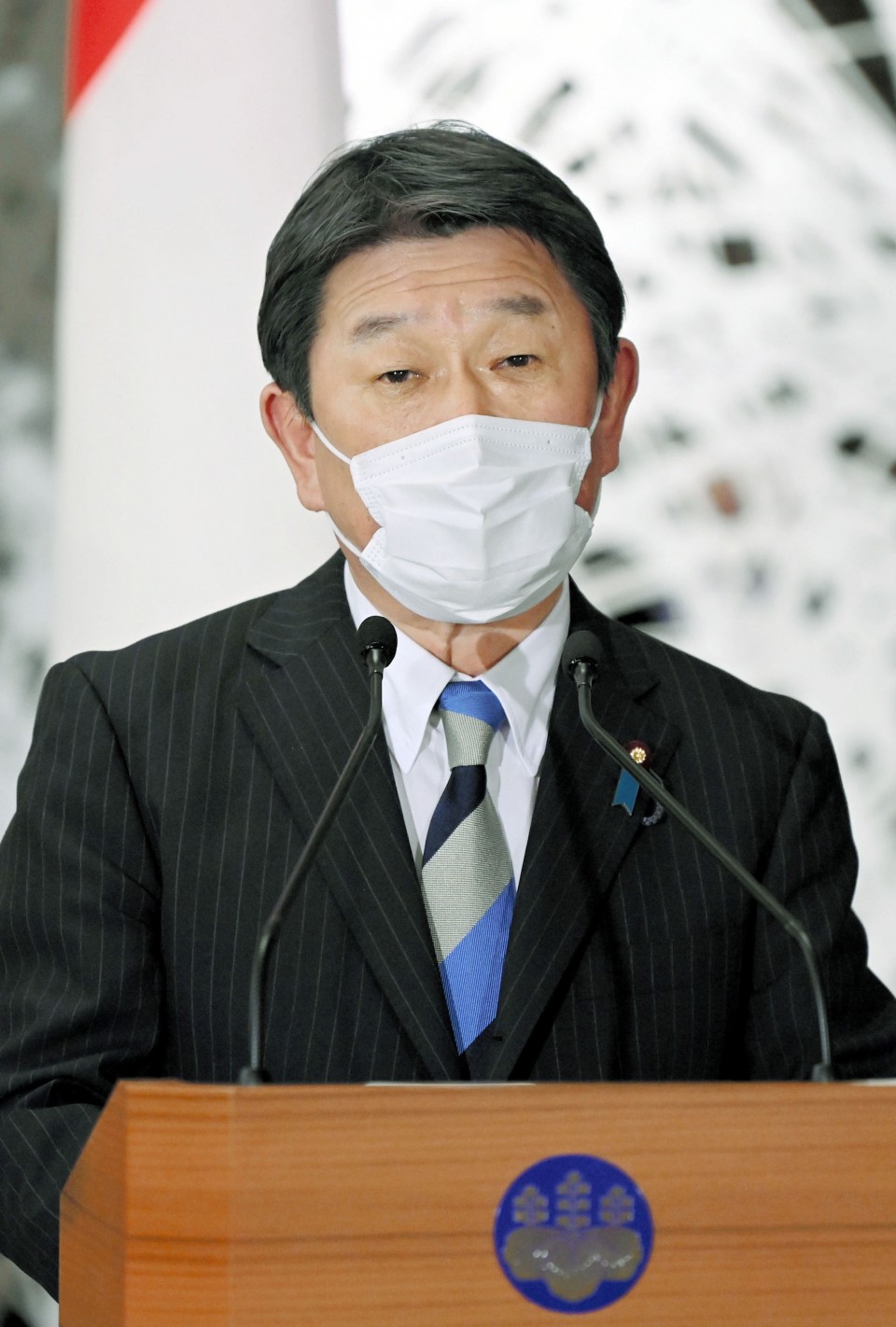 Motegi also hailed Britain's pronouncement of proactive engagement in the Indo-Pacific in its integrated review of foreign and defense policy released in March.

The two ministers shared "grave concerns" about China's unilateral attempts to change the status quo in regional waters such as the enforcement of a new security law allowing its coast guard ships to fire on foreign vessels in waters Beijing sees as its territory.

They also expressed serious concerns about China's alleged human rights violation over the Muslim Uyghur minority in the Xinjiang autonomous region as well as the situation in Hong Kong.

On Myanmar, Motegi and Raab condemned the security forces' violent crackdowns on peaceful demonstrators and other citizens following the Feb. 1 coup.

The ministers called for an immediate halt to violence, the release of civilian leader Aung San Suu Kyi and other detainees, and the restoration of the democratically elected government.

Motegi welcomed a formal request London filed in February to join the Trans-Pacific Partnership free trade agreement, making it the first accession application by a member outside the 11-member grouping including Japan, Australia and Singapore.

In a separate meeting with Canadian Foreign Minister Marc Garneau, Motegi praised Ottawa's extension of vessel- and aircraft-deployment by two years to monitor ship-to-ship transfers of goods by North Korea in violation of U.N. sanctions for its nuclear and missile development.

The ministers also agreed to work closely to promote the free and open Indo-Pacific initiative, while expressing concerns about human rights issues over the Uyghurs and the situation in Hong Kong, as well as the crackdowns in Myanmar.