Tougher measures against the novel coronavirus commenced Sunday in six prefectures in Japan as infections continue to surge ahead of the Summer Olympics, with three coming under an expanded state of emergency and another three under a quasi-emergency.

Hokkaido, Okayama and Hiroshima joined Tokyo and five other prefectures already under a state of emergency to May 31, while a quasi-emergency currently covering seven prefectures was expanded to Gunma, Ishikawa and Kumamoto until June 13. 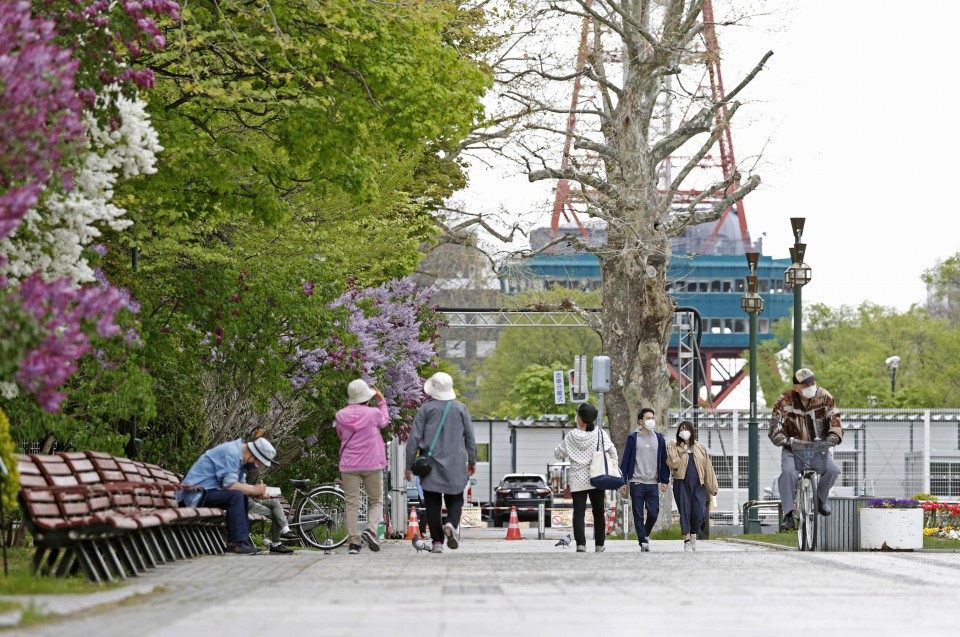 People wearing face masks walk at a park in Sapporo on May 15, 2021, on the eve of the start of a coronavirus state of emergency on the northernmost Japanese main island of Hokkaido. (Kyodo) ==Kyodo

Tokyo will host the Olympics from July 23. Concerns are growing over the spread of more infectious coronavirus variants and the sluggish vaccine rollout in the country.

In areas placed under the state of emergency, restaurants are being told to close by 8 p.m. and refrain from serving alcohol or offering karaoke services.

Department stores and other major commercial facilities are also being told to temporarily shut or close early, and attendance at concerts and sports events has been capped at 5,000 or 50 percent of venue capacity. 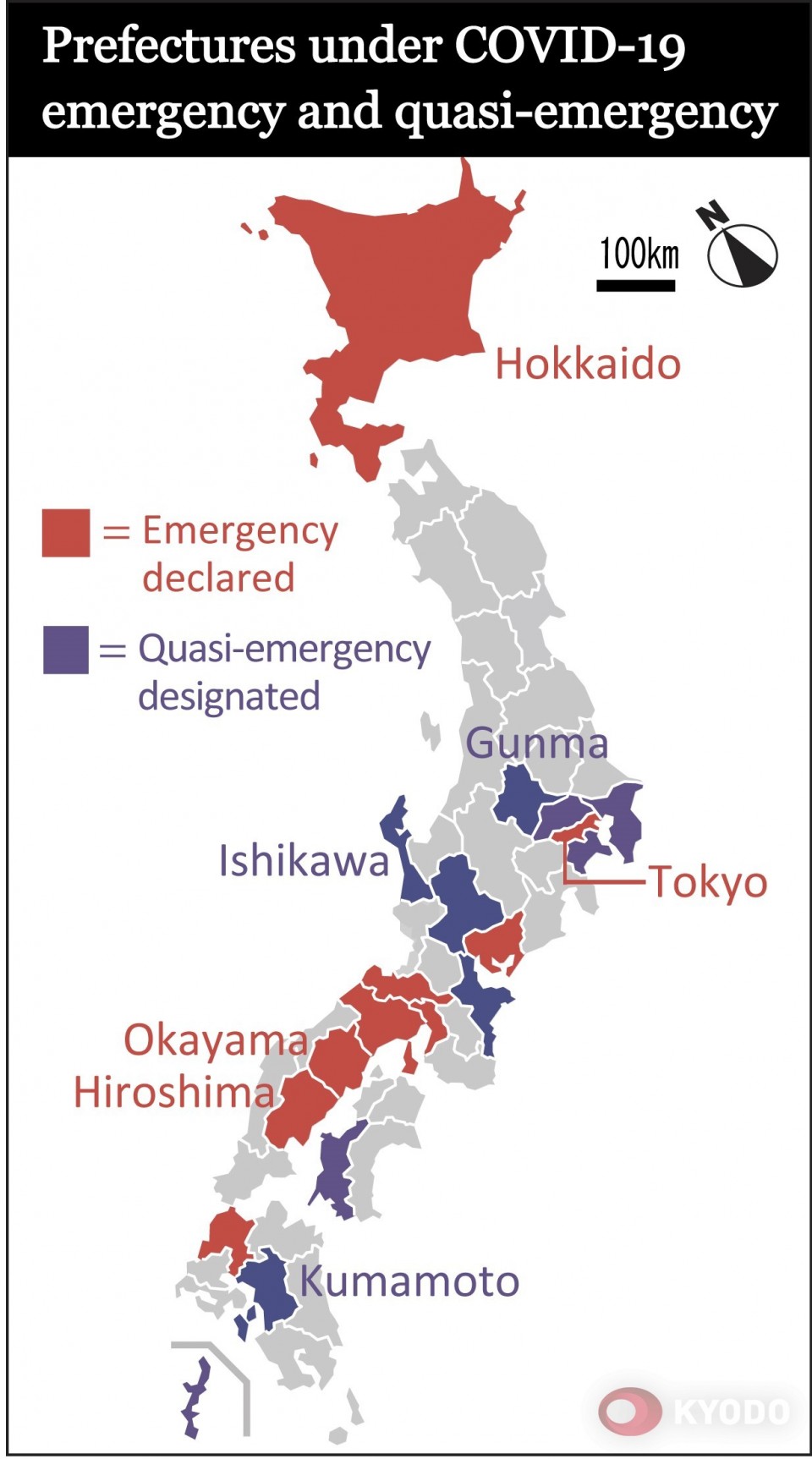 The move comes as coronavirus cases have been on the rise nationwide in recent weeks, with the daily number of new infections topping 6,000 for the fifth straight day on Saturday. COVID-19 patients with severe symptoms also hit another all-time high of 1,231 the same day.

Almost half of Japan's 47 prefectures have reached Stage 4, the worst level on the government's four-point scale, for the volume of weekly infection cases per 100,000 people.

Osaka topped the list at 69.9, followed by Fukuoka at 67.3 and Hokkaido at 61.5. Osaka and Fukuoka are already under the state of emergency.

But Prime Minister Yoshihide Suga has denied the need to declare a nationwide state of emergency, as the National Governors' Association has suggested, saying the government will take targeted steps in specific areas.

Suga declared a state of emergency, the third since the start of the pandemic, in Tokyo, Osaka, Kyoto and Hyogo from April 25 to May 11, later adding Aichi and Fukuoka from Wednesday and extending it to May 31. 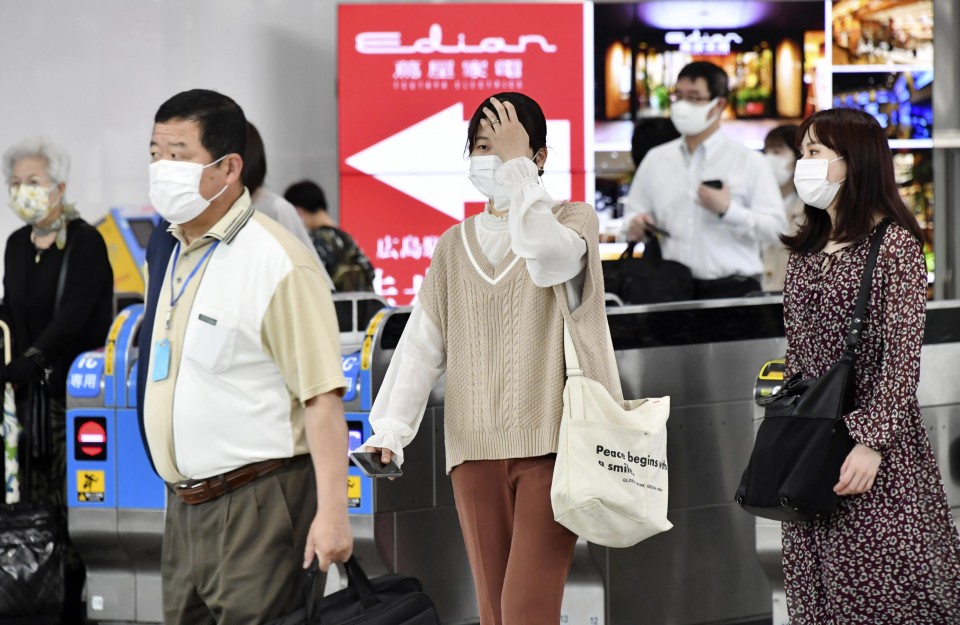 People wearing face masks pass through a ticket gate at JR Hiroshima Station on May 15, 2021, on the eve of the start of a coronavirus state of emergency in the western Japan prefecture of Hiroshima. (Kyodo) ==Kyodo