The booming popularity of the manga series "Jujutsu Kaisen" has made a temple in central Japan the latest magnet for fans eager to visit a site associated with their favorite cursed spirit.

Senkoji temple in Takayama, Gifu Prefecture, deifies Ryomen Sukuna, one of the key antagonists in the series about a high school boy who joins a secret organization to fight against spirits that bring misfortune to people. 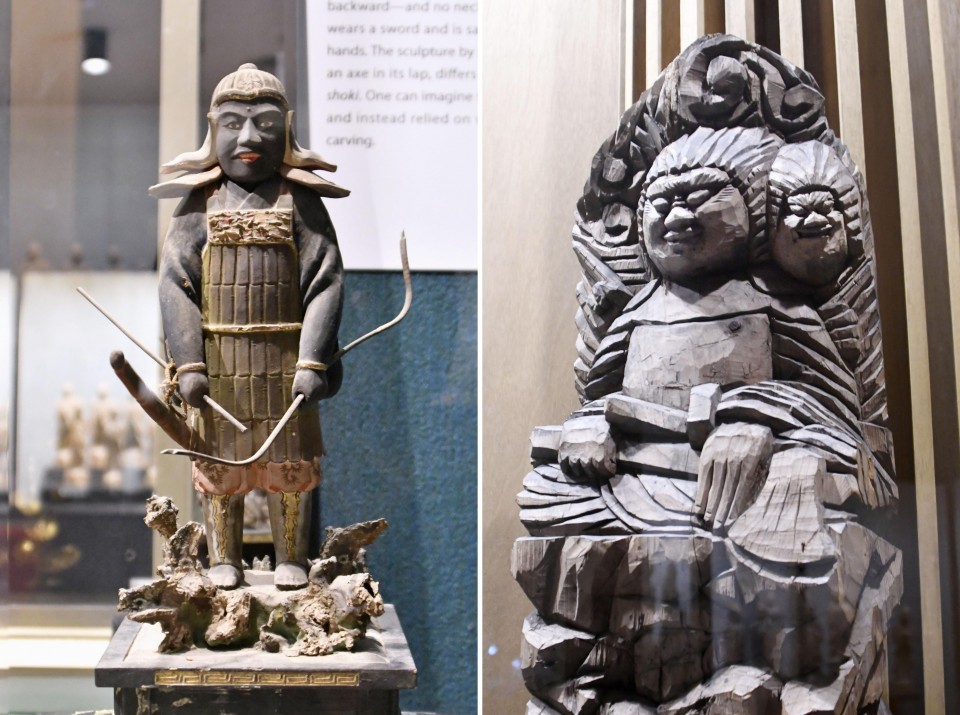 Statues of Ryomen Sukuna in a standing pose (L) and sitting pose taken at Senkoji temple in Takayama, Gifu Prefecture, on May 7, 2021. (Kyodo)

The temple's 66-year-old chief priest, Daien Oshita, has welcomed the unexpected "anime pilgrimage," saying he has read the manga himself and is happy for people to learn more about the local history of the Hida region.

The manga, which has been serialized in Shueisha Inc.'s Weekly Shonen Jump since March 2018, has garnered a strong following with over 45 million copies in circulation as of April this year.

The manga has also been published in English from 2019, and a 24-episode anime television series aired from October 2020 to March 2021 in Japan. An animated movie is scheduled to be released later this year.

In the Nihon Shoki, Japan's ancient chronicle completed in the eighth century, Ryomen Sukuna is depicted as a demon with two faces and eight limbs that rebelled against the imperial court during the Yamato period.

But in the Hida region, Ryomen Sukuna is regarded as a hero and benefactor of the land. Legend has it that 1,600 years ago, he was the leader of a powerful clan that discovered the mountain where Senkoji temple was later built and ruled over the entire region.

Many statues of him can be found at the temple, which is also famous as a place where Enku, a Japanese Buddhist monk of the Edo period, stayed for a long period. 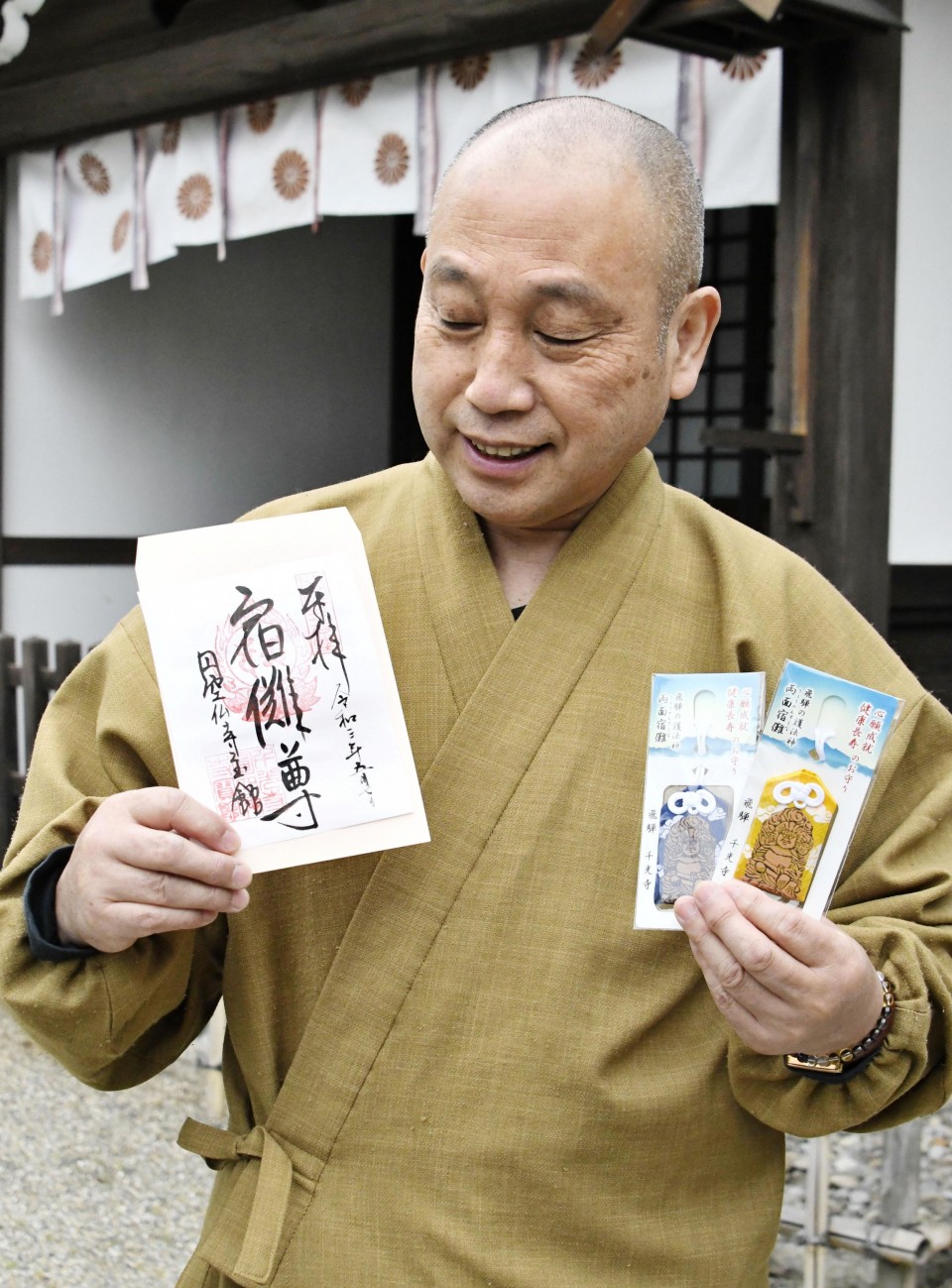 But this year, the crowds have come for something other than the statues of Enku.

To help visitors from beyond the region learn more about Ryomen Sukuna, Oshita has opened a "Sukuna hall" to the public on weekends. The special opening of the hall, previously limited to Buddhist memorial services, is expected to run until the end of the year.

Oshita is also doing a trial exhibition of two Ryomen Sukuna statues side by side -- one in a standing pose, which had been enshrined at the back of the main hall, and another in a sitting pose carved by Enku.

He said the temple's seal stamp of Sukuna and good-luck charms featuring the god are also popular.

"Learning about the history of Ryomen Sukuna from different angles will prompt people to think about good and evil," said Oshita.