While Japan accepts very few refugee applications annually, legal changes designed to crack down on what the government says are abuses of the asylum process are expected to make it even harder for genuine refugees to find shelter in the country.

Japan has been criticized by the U.N. High Commissioner for Refugees for accepting only around 1 percent of applications it receives. In 2020, it certified just 47 people as refugees out of the 3,936 applications lodged. 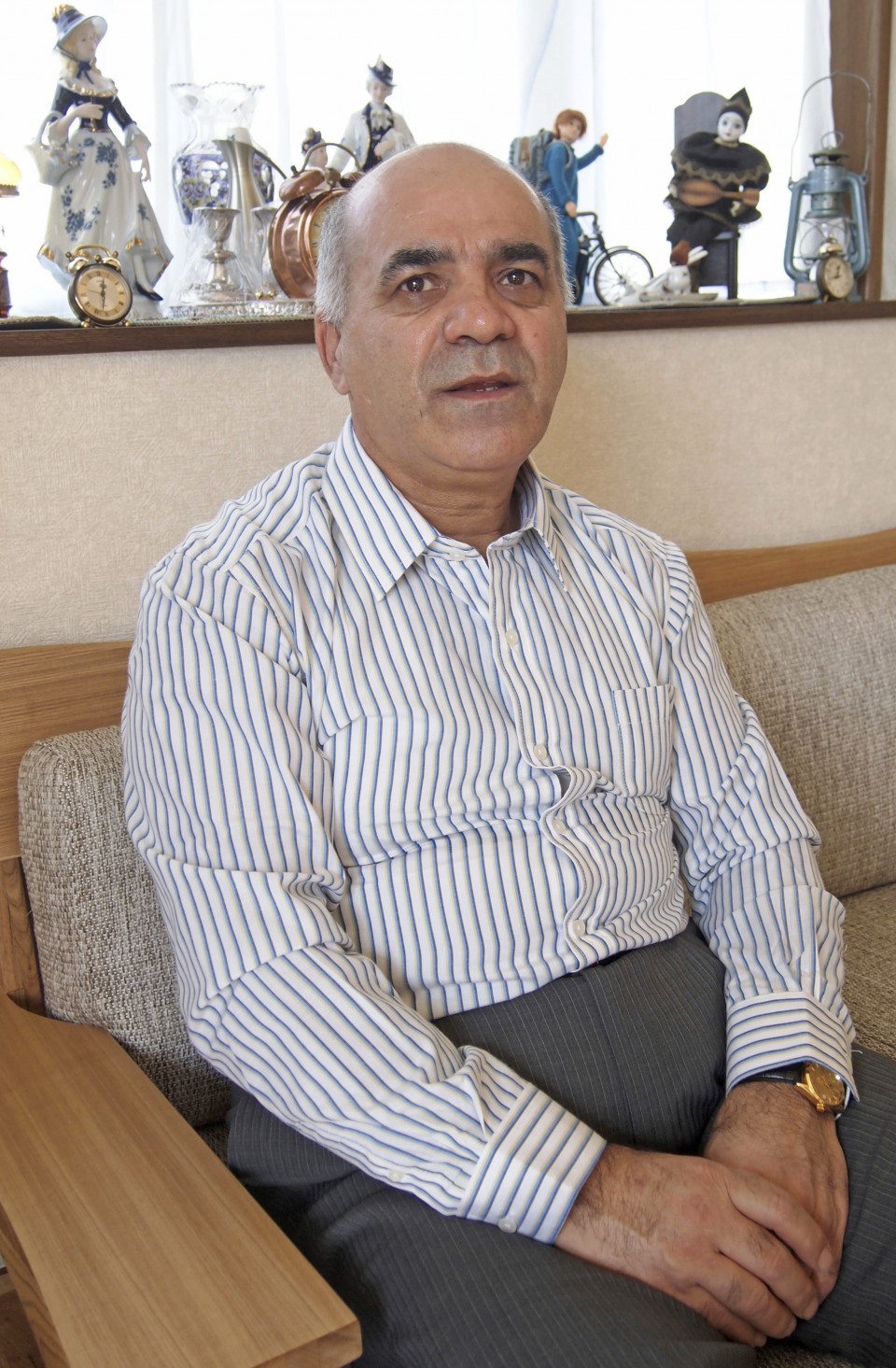 Moradi, an Iranian who was granted refugee status after 13 years in Japan, speaks at his home in Saitama Prefecture on Feb. 11, 2021. (Kyodo)

Moradi, an Iranian who fled to Japan in 2007 and declined to give his full name, was granted refugee status last year after winning a case at the Tokyo High Court to conclude a 13-year legal struggle. He filed a total of three applications and two lawsuits.

"I felt like I was reborn after spending so many days just enduring. I plan to live in this country for the rest of my life," he said through a Japanese interpreter.

The 56-year-old converted from Islam to Christianity and said he would be considered an apostate and could even face execution if he returns to Iran. Moradi now lives in Saitama Prefecture with his Iranian wife, who he later brought to Japan, and works full-time at a recycling company.

According to the Japan Federation of Bar Associations, of those who were recognized as refugees by Japan between 2010 and 2018, about 9 percent, or 19 people, had applied multiple times.

But Japan's parliament on Friday started deliberations on a bill that aims to amend the immigration law so that foreigners can be deported after they have applied for refugee status three times.

As of January 2020, there were around 82,000 foreigners illegally overstaying in Japan. Some 10,000 repatriate annually after receiving deportation orders but about 3,000 stay in the country each year, making repeated asylum applications as deportation procedures are automatically halted for people claiming refugee status.

Tomoko Uraki, a lawyer representing Moradi, said the revisions could result in the deportation of refugees who, like her client, should be protected.

"People who would be recognized as refugees in other countries are not being recognized in Japan, but that part of the law is not being revised," she said.

Shogo Watanabe, a lawyer who specializes in helping people from Myanmar apply for refugee status, notes that none of the 2,000 Myanmarese who applied for asylum in the past three years was approved.

"It is clearly wrong to push through a provision allowing deportation after the third application before carrying out the proper practice of refugee recognition," he said.

In a joint statement dated March 31, a group of United Nations' experts called on the Japanese government to review its proposed revisions, saying they failed to meet international standards from the standpoint of human rights.

The bill lacks provisions specifying a maximum detention period and instead contains penalties for foreigners who refuse to return to their countries of origin, including up to one year in prison for those who physically resist while on an airplane.

An African man in his 30s, who goes by the pseudonym Nana and wished his country of origin not to be identified, came to Japan in 2013 seeking asylum but was detained at an immigration facility when he applied for refugee status.

Authorities would not permit him to stay in the country even after he married a Japanese national, and as soon as his application was rejected, he was taken to Narita Airport and put on a plane.

Nana was only able to avoid deportation because the flight captain, who saw him being forcibly pushed onto the plane by an immigration officer, refused to fly with him aboard. Nana is currently seeking state compensation for assault by the officer.

Nana said that while he cannot return home due to an ongoing ethnic conflict in this home country, being in detention and not knowing what will happen are also very distressing.

He currently lives in Ibaraki Prefecture on provisional release, but has been detained three times for a combined total of around four years by immigration authorities who have tried to force him to leave the country.

Takeshi Ohashi, a lawyer supporting Nana, said that proposed legal changes do not even solve the crux of the issue the government has identified. While they would allow Nana to be charged for refusing repatriation, after serving his sentence he would once again be detained in an immigration facility.

"The proposed revisions treat people who seek protection in Japan like they are a danger to society and encourages discrimination," said Ohashi.