Shohei Ohtani continued to look like his old self on Tuesday with two hits and his third stolen base of the season in the Los Angeles Angels' 4-2 defeat against the Houston Astros.

Batting second as the designated hitter, the Japanese two-way star had a one-out single off star right-hander Zack Greinke and stole second before Mike Trout homered in the first inning at Angel Stadium. 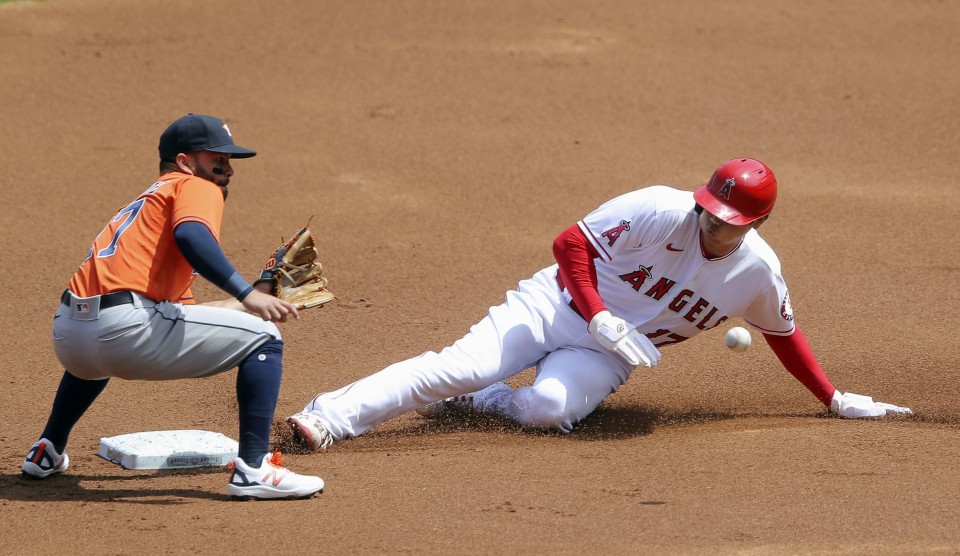 Shohei Ohtani (R) of the Los Angeles Angels steals second base in the first inning of a game against the Houston Astros at Angel Stadium in Anaheim, California, on April 6, 2021. (Kyodo) ==Kyodo

The steal was the second in two days for Ohtani, who pitched on Sunday but left that game after hurting his ankle in a fifth-inning collision at home plate.

Ohtani singled with two outs in the eighth with the score tied 2-2, and finished the day 2-for-4. The Astros took the lead in the top of the ninth on Carlos Correa's two-run homer and held on for the win. 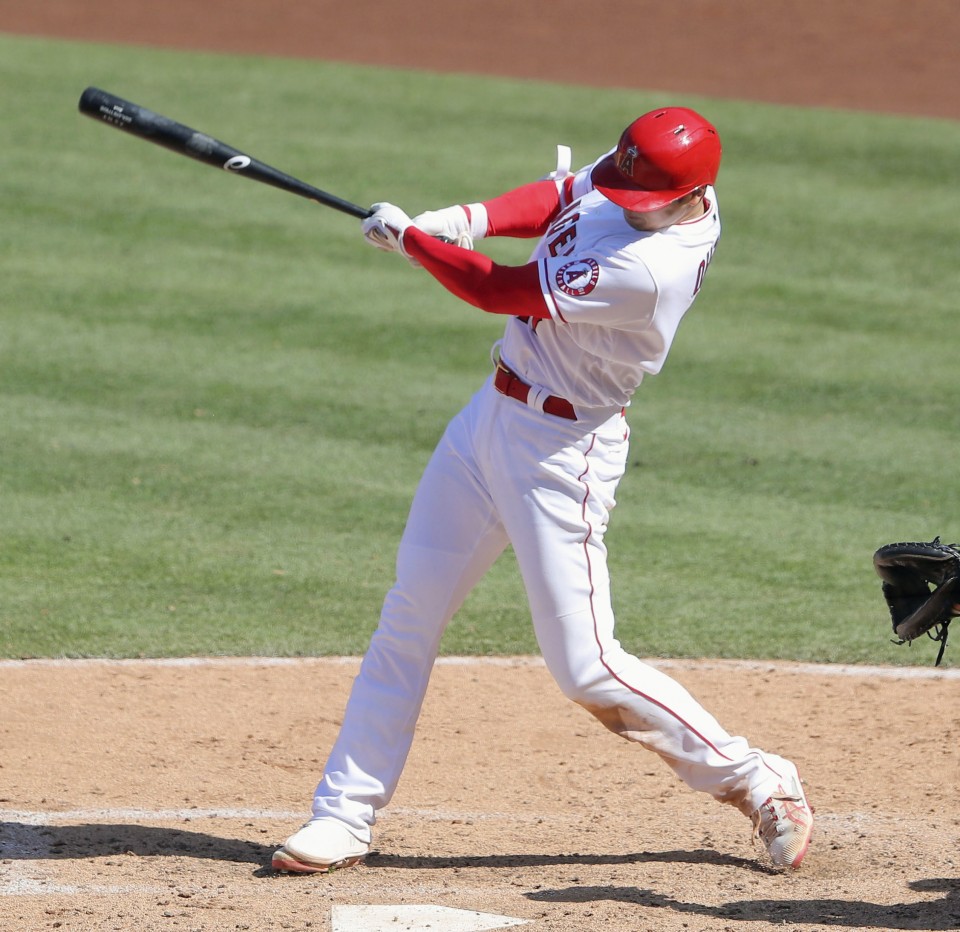 Shohei Ohtani of the Los Angeles Angels hits a single in the eighth inning of a game against the Houston Astros at Angel Stadium in Anaheim, California, on April 6, 2021. (Kyodo) ==Kyodo

The American League's 2018 rookie of the year, Ohtani did not pitch in 2019 after undergoing Tommy John surgery and made only two poor starts in 2020 before going down with a flexor strain. He has spent most of his brief major league career as a designated hitter.

Prior to the arrival of current Angels manager Joe Maddon in 2020, the team held Ohtani out of games the day before and after his pitching starts on the mound. This year, Maddon has removed those rules, and did not use a designated hitter on Sunday to allow Ohtani to hit and pitch in the same game.

That was a first for Ohtani in the majors, although Japan's Nippon Ham Fighters often went without a DH in 2016 so Ohtani could bat and pitch in the same game.

Elsewhere, Yu Darvish allowed a run over six innings while striking out seven, but received no decision and remained winless with his new team, the San Diego Padres, who beat the San Francisco Giants 3-1.

Hirokazu Sawamura walked one batter and hit another in a scoreless seventh inning for the Boston Red Sox in their 6-5, 12-inning win over the Tampa Bay Rays.