The Japanese government will add three prefectures neighboring Tokyo to the list of areas in need of stricter measures to curb a rebound in coronavirus infections, officials said Thursday.

In addition to Saitama, Chiba and Kanagawa, the central prefecture of Aichi, which includes the major city of Nagoya, will be placed under a quasi-state of emergency, starting from Tuesday, the officials said. 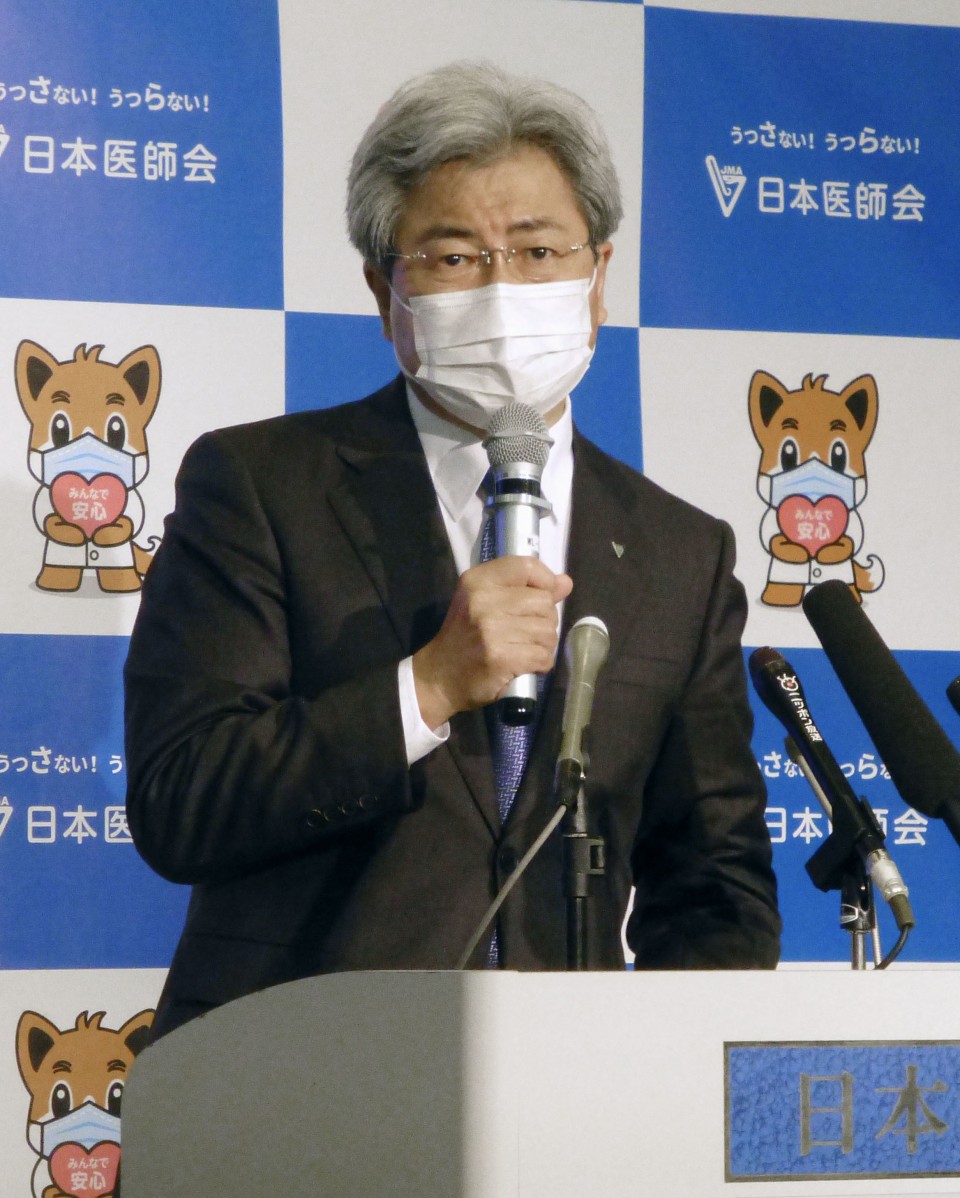 Toshio Nakagawa, president of the Japan Medical Association, speaks at a press conference in Tokyo on April 14, 2021, about a recent surge in coronavirus cases. An early declaration of a state of emergency may be needed depending on the situation, he said. (Kyodo) ==Kyodo

The government will formally approve the plan to expand the list from Tokyo and five prefectures, including Osaka and Hyogo, on Friday, a day after the number of new daily confirmed coronavirus cases topped 4,000 for the second straight day.

It plans to authorize the four prefectures -- Saitama, Chiba, Kanagawa and Aichi -- to toughen anti-virus measures through May 11, they said.

With the quasi-emergency status, prefectural governors can ask restaurants and bars in targeted cities to shorten operating hours and impose a fine of up to 200,000 yen ($1,800) for noncompliance.

On Thursday, Japan's reported nationwide tally of new cases totaled 4,576, amid growing concern about what medical experts call a fourth wave of infections driven by the spread of more contagious variants.

Osaka Prefecture reported a daily record of 1,208 cases, topping 1,000 for the third straight day, following 1,130 reported on Wednesday and 1,099 on Tuesday.

Tokyo confirmed another 729, the highest number since it logged 734 on Feb. 4, when the capital was under a state of emergency.

Chief Cabinet Secretary Katsunobu Kato will serve as acting head of Friday's government meeting to endorse adding the four prefectures to the list.

The other prefectures designated by the government earlier this month as requiring the quasi-emergency measures are Miyagi, Hyogo, Kyoto and Okinawa.