Tokyo, Osaka region to come under COVID emergency from April 25 to May 11

The Japanese government plans to put Tokyo and three western prefectures of Osaka, Kyoto and Hyogo under a state of emergency from Sunday to May 11, covering the country's upcoming string of holidays, in an attempt to curb surging COVID-19 infections with stricter measures, a senior official said Thursday.

Prime Minister Yoshihide Suga is set to formalize a decision to declare the third emergency at a task force meeting on Friday, as a resurgence of infections is pressuring the medical system with just three months until the Tokyo Olympics kick off. 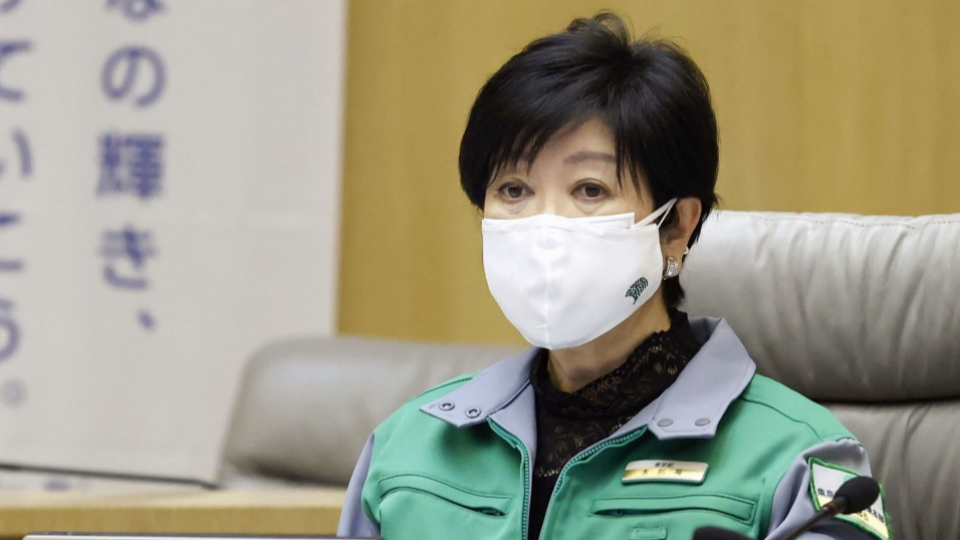 Tokyo Gov. Yuriko Koike attends a conference at the metropolitan government headquarters to assess the coronavirus situation in the Japanese capital on April 22, 2021. (Kyodo) ==Kyodo

The decision will enable authorities to request restaurants and bars to close temporarily and take other tougher anti-virus measures than those imposed under a quasi-state of emergency now in place in 10 prefectures, including Tokyo and Osaka.

Suga told reporters Thursday that he will take the necessary measures focusing on the upcoming Golden Week holidays, usually one of the busiest times of the year for travel, to "stop the spread of infections by all means."

Under a plan drafted by the government, stronger measures include asking shopping complexes with an area exceeding over 1,000 square meters to close temporarily except for their sections selling daily necessities and transport operators to reduce lines or move up schedules for last trains.

Events, in principle, will now be held without spectators, while local authorities may be asked to consider closing public places, such as parks, and requesting eateries to refrain from serving alcohol, according to the plan. 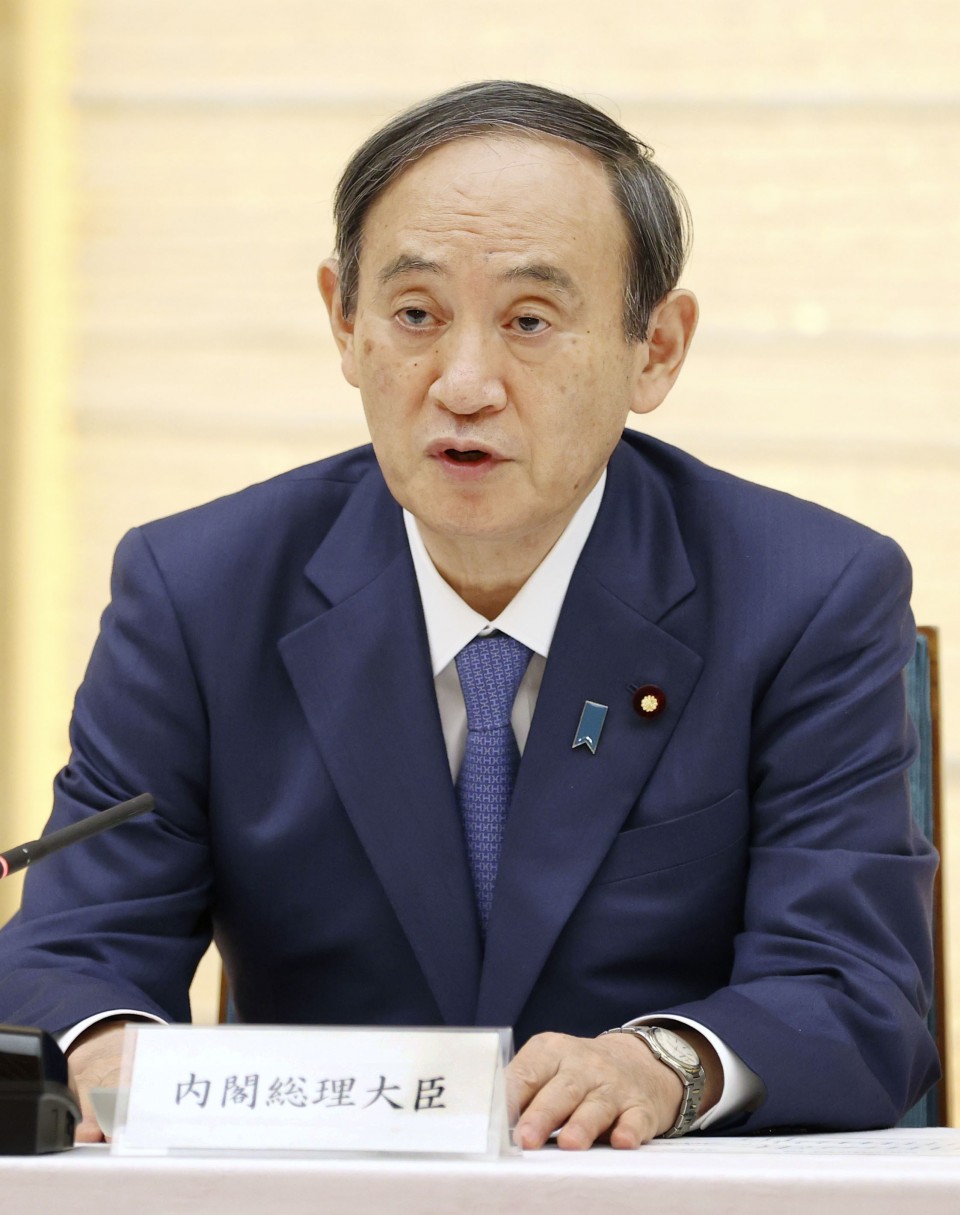 With the stricter steps, people may also be asked to undergo temperature checks at major transport hubs, telework as part of efforts to reduce the flow of people and refrain from gathering and drinking together outside.

Osaka, the current epicenter of coronavirus cases in the country, reported 1,167 additional virus cases on Thursday after confirming a record of 1,242 new infections the previous day.

The recent spike in infections has put a serious strain on the western Japan prefecture's medical system, with its hospital bed occupancy rate for severely ill COVID-19 patients at full capacity.

The nationwide tally surpassed 5,000 for the second day in a row, returning to the level seen in late January when the previous state of emergency was in place in Tokyo, Osaka and other areas.

The Tokyo metropolitan government plans to request eateries serving alcohol to close temporarily, according to an official with knowledge of the situation. It may also call for events to be held without spectators in principle.

Tokyo Gov. Yuriko Koike said Thursday, "We cannot suppress (the spread of the virus) in the way we did before. Stronger measures are needed." 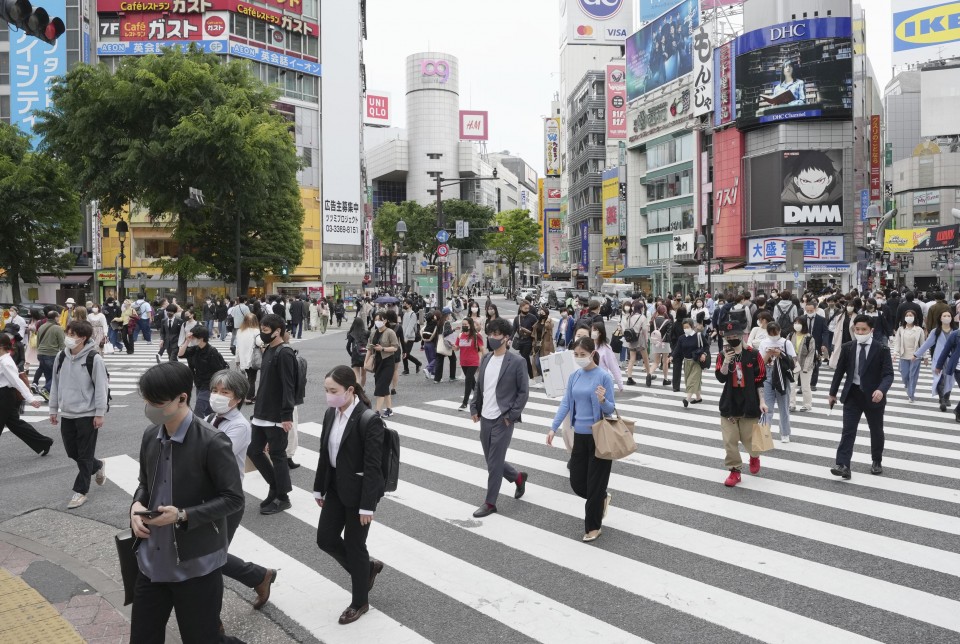 Meanwhile, the Osaka governor has said he will ask restaurants and bars to stop serving alcohol and close on weekends, a step further than his current request for eateries to close by 8 p.m.

The government could make exceptions for certain facilities to soften the blow to the economy, which is already reeling from COVID-19 restrictions and the loss of foreign tourists due to the pandemic, people familiar with the matter said.

Infections have been back on the rise across the country despite a quasi-state of emergency. The daily nationwide total topped 5,000 on Wednesday for the first time in three months.

Health experts have warned of the spread of highly contagious variants of the coronavirus, with a Ministry of Health, Labor and Welfare panel estimating they account for about 80 percent of all cases in Osaka and Hyogo and a rapidly growing share in Tokyo.

Suga has said the declaration of the country's third state of emergency, following those in April last year and January, will not affect the staging of the Tokyo Olympics and Paralympics, reiterating the government will continue efforts to ensure they are "safe and secure."