India on Thursday reported over 200,000 fresh coronavirus cases for the first time, with the total so far now exceeding 14 million.

"India's daily new cases continue to rise. 200,739 new cases were registered in the last 24 hours," the Ministry of Health and Family Welfare said in a statement. 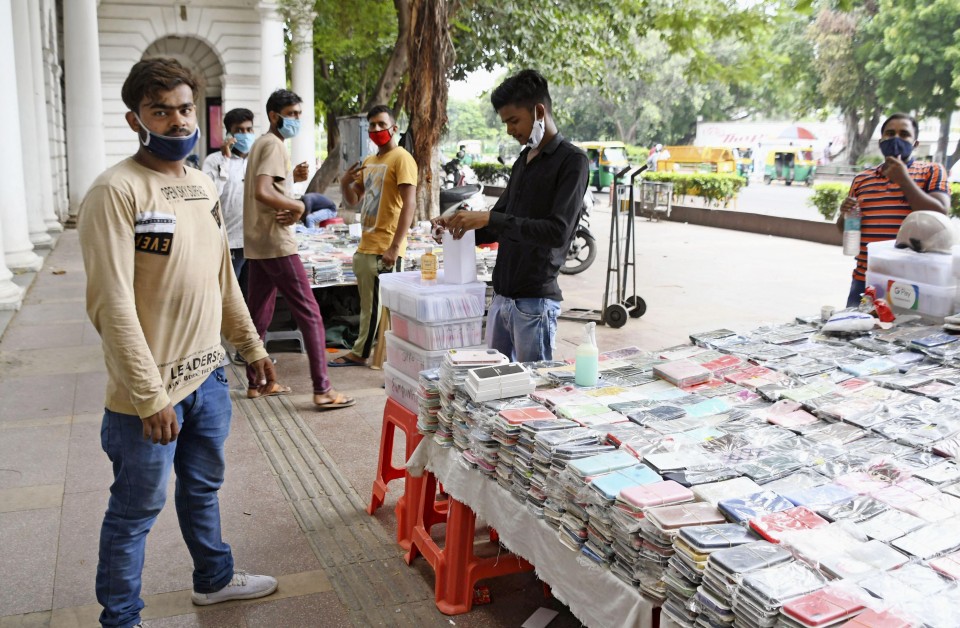 Vendors are seen with their masks moved down in a commercial district in New Delhi on Sept. 4, 2020. (Kyodo)

The world's second most populous country, which is now in the throes of a second virus surge, recorded over 100,000 cases on April 5 for the first time since the pandemic began last year, far surpassing the September peak in its first surge.

It surpassed Brazil earlier this week to once again become the world's second most infected country after the United States.

With cases skyrocketing, various states have imposed fresh curbs to contain the spread of the virus in the country.

The capital New Delhi is among cities witnessing a spike in daily cases, recording 17,282 of them on Wednesday.

National capital Chief Minister, Arvind Kejriwal said Thursday that a weekend curfew will be imposed "to break the chain of transmission and so that most of the people do not get infected."

Stronger restrictions have also been put in place in India's biggest city and financial capital, Mumbai.

The central government is calling on the public to continue wearing masks and observe social distancing measures, while it is ramping up testing to enable early detection and endeavoring to vaccinate as many people as possible.

However, according to local media, availability of hospital beds is tight and there is a shortage of medical oxygen.