Wednesday's losses in the Seoul and Busan mayoral elections for South Korea's ruling Democratic Party marked a public rebuke of the scandal-hit administration of President Moon Jae In and are expected to further weaken it as he nears the end of his single five-year term next year.

Slightly more than a year left in his term in office, Moon appears to face obstacles on almost every front, including a dimming prospect of resuming dialogue with North Korea and a continuing stalemate in its relations with Japan due to wartime issues. 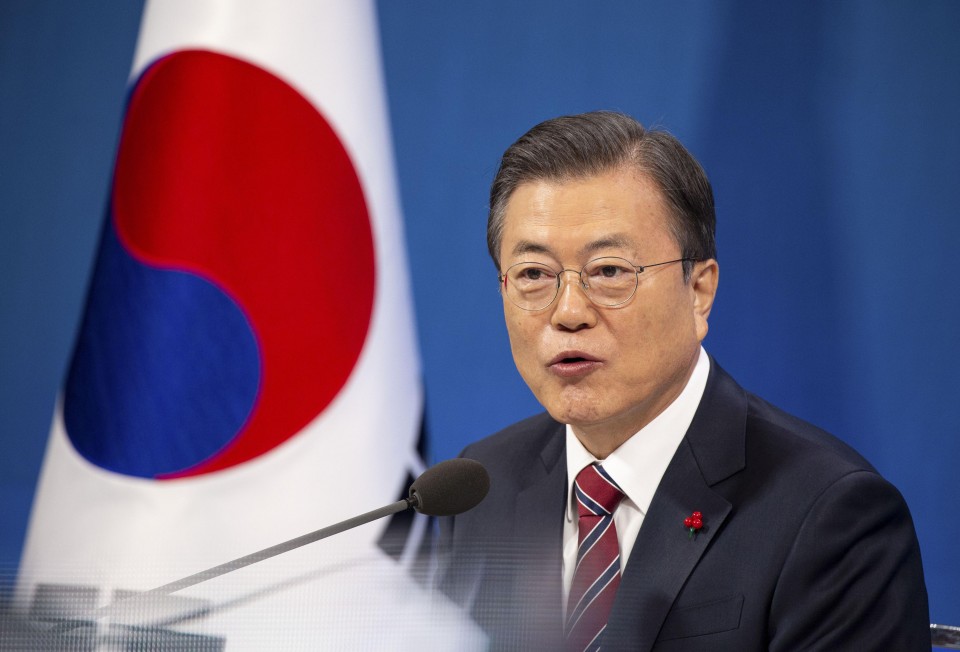 The losses are expected to give boost to Gyeonggi Gov. Lee Jae Myung, a major presidential hopeful within the liberals who has openly criticized Moon's policies, ahead of the March presidential election.

Meanwhile, conservatives, who are looking to return to power after President Park Geun Hye was ousted in 2017 over a graft scandal, are eager to use the latest wins to boost their electoral prospects.

But the one figure popular enough for the conservatives to rally around is former Prosecutor General Yoon Seok Youl, who resigned last month after clashing with the Moon administration. It remains unclear if he can consolidate enough power within the conservative camp to become a presidential candidate.

"I take the people's reproach seriously. I will work on state affairs with a more humble attitude and a grave sense of responsibility," Moon said after the latest elections, according to presidential office spokesman Kang Min Seok.

Moon said he will work hard to meet the people's needs by overcoming the coronavirus pandemic, achieving economic recovery and putting an end to corruption over real estate.

Before the elections, Moon faced severe criticism for his poor handling of soaring housing prices and scandals involving a state-run housing corporation.

On the diplomatic front, the president had put priority on resuming dialogue with North Korea, likely using the Tokyo Olympics this summer as a catalyst, but his hopes were dashed when the North announced this week that its athletes will not participate in the sporting event over the coronavirus pandemic.

Moon had also made a conciliatory gesture toward Japan, hoping that the Olympics would provide a venue for rare North-South contact. But Seoul-Tokyo ties remain frigid as issues stemming from Japan's colonization of the Korean Peninsula from 1910 to 1945 continue to strain them.

Kang Won Taek, politics and foreign affairs professor at Seoul National University, said that in the wake of the election losses, efforts to improve ties with Japan could play an important role in the remainder of the Moon administration.

"What the administration can tackle the easiest are foreign relationships as they are apart from many domestic political interests. Therefore, it can focus more on foreign affairs, especially (relations) with Japan," said the former adviser to the National Assembly.

But Kang, who was also a presidential office adviser, expressed doubt about Japan's willingness to work with the current South Korean government, given that the landslide losses could obviously accelerate the Moon administration's lame-duck status.

"The same applies to North Korea," he said, adding that leader Kim Jong Un may look at the election results and conclude that his South Korean counterpart is losing his grip on power.

Kim may as well consider talking to U.S. President Joe Biden himself, rather than relying on Moon as a broker, the professor added.

Pre-election political jockeying is expected to only intensify in the ruling liberal camp, with Prime Minister Chung Sye Kyun expressing eagerness to take the reins from Moon.

Former Prime Minister Lee Nak Yon, who served as head of the Democratic Party's election campaign, was until now seen as a likely major presidential contender. But calls may mount for him to take responsibility over the party's dismal election results.

"We could not fully understand the people's disappointment and frustration. We could not take care of hardships in their lives sufficiently," Lee said in a Facebook post.