A municipality in Tokyo on Thursday began certifying lesbian, gay, bisexual and transgender couples and their children as families, a move that came in the wake of controversial remarks made by a local assemblyman disparaging the impact sexual minorities have on the community.

The initiative in the capital's Adachi Ward is rare in Japan, a nation that does not legally recognize marriage between members of the LGBT community. As of Thursday, 100 local governments in Japan issue certifications recognizing sexual minority couples but they have no legal basis.

The ward's decision came after assemblyman Masateru Shiraishi said in September the municipality would "cease to exist" if the rights of sexual minorities are protected by law, drawing public outcry.

The 79-year-old lawmaker, a member of the Liberal Democratic Party, later retracted his words and apologized. 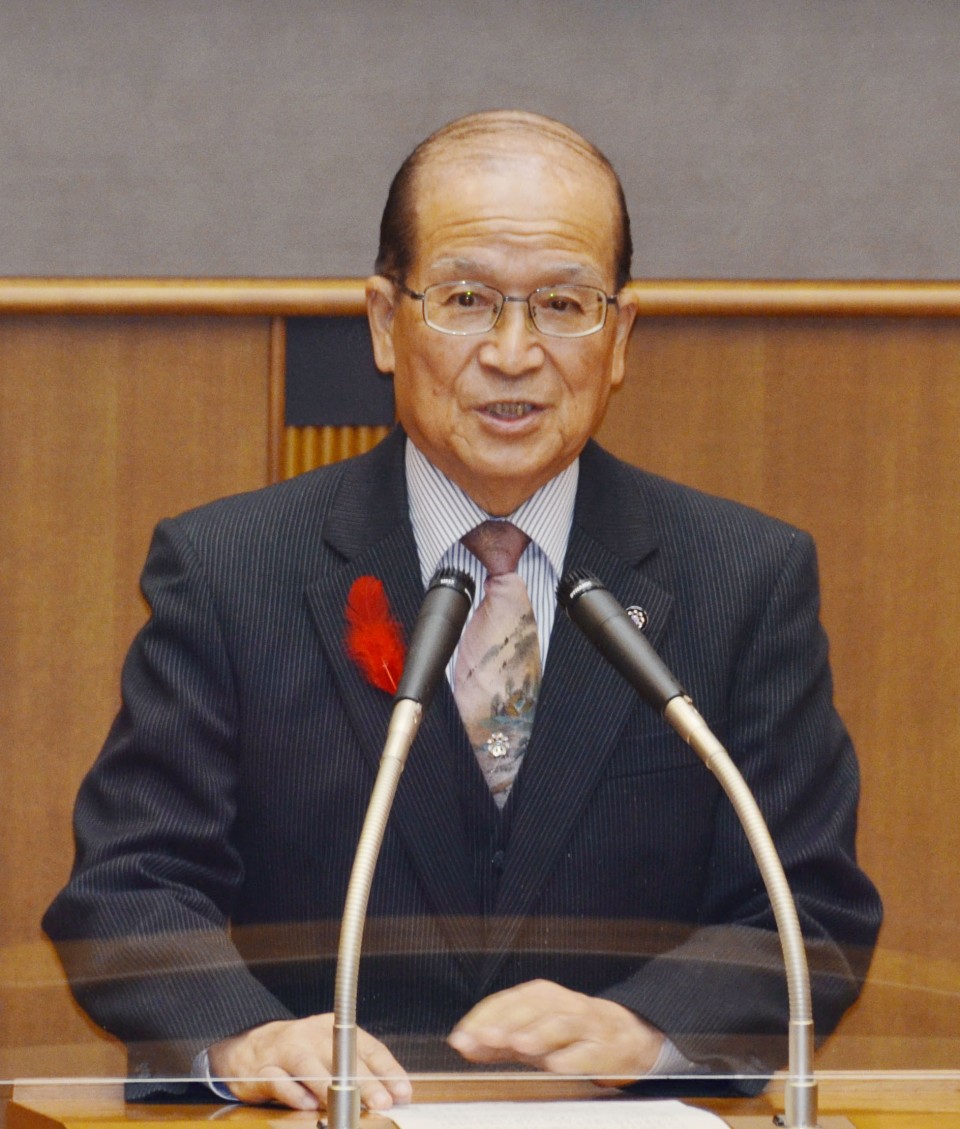 Sexual minorities and their allies hailed the development in Adachi Ward as "progress," as it became the first municipality in Japan's capital to acknowledge children -- whether biological or adopted -- between LGBT couples as family members.

Under the so-called "partnership and familyship certificate system," the ward located in the northern part of Tokyo issues cards to recognize family relationships between LGBT couples, as well as minors under 20 living with either one of them in Adachi.

In Japan, legally married couples and their children can obtain an official document acknowledging them as one household based on the country's family registration system.

As LGBT couples cannot get married in Japan, they face difficulties such as being unable to sign a joint housing rental contract, make medical decisions for their partners, have co-parenting rights and become a beneficiary of the partner's life insurance payouts.

"We have requested local entities such as real estate agencies, schools and hospitals treat LGBT couples as same as married couples," said Mitsuhiro Terajima, head of the ward office's section overseeing the initiative.

Through the program, the local government "aims to achieve a society where any resident can live safely with a partner or someone important," he said. Any unmarried residents of Adachi Ward, including foreign nationals, are eligible for the scheme.

Following the widespread criticism of Shiraishi's remarks, which were interpreted by some as blaming the LGBT community for Japan's falling birthrate, the ward sought opinions from members of sexual minority groups to ensure their voices and beliefs were reflected in future policymaking.

"I appreciate the ward's prompt action," said Satoko Nagamura, the chairperson of Kodomap, an organization advocating for sexual minorities who wish to have children. She was among people whose views the ward government took into account.

"The new program has proved Adachi Ward understands and welcomes LGBT people, despite the country's outdated law," Nagamura said. "The launch of the certificate system is only a starting point. I hope that it will serve as a catalyst for changes so that more people acknowledge LGBT people."

Moves to recognize sexual minority couples have been spreading among municipalities, with the number of local governments introducing a partnership certificate program reaching triple figures, according to a group seeking legal protection for LGBT couples.

Mie Prefecture in central Japan also implemented Thursday an ordinance to ban anyone from revealing an individual's sexual orientation or gender identity without consent or good reason -- the first to do so among the nation's 47 prefectures.

On March 17, the Sapporo District Court in northern Japan ruled the central government's failure to recognize same-sex marriages "unconstitutional" as it violates the right to equality, in a historic verdict hailed by activists as a step toward a change in their lives. 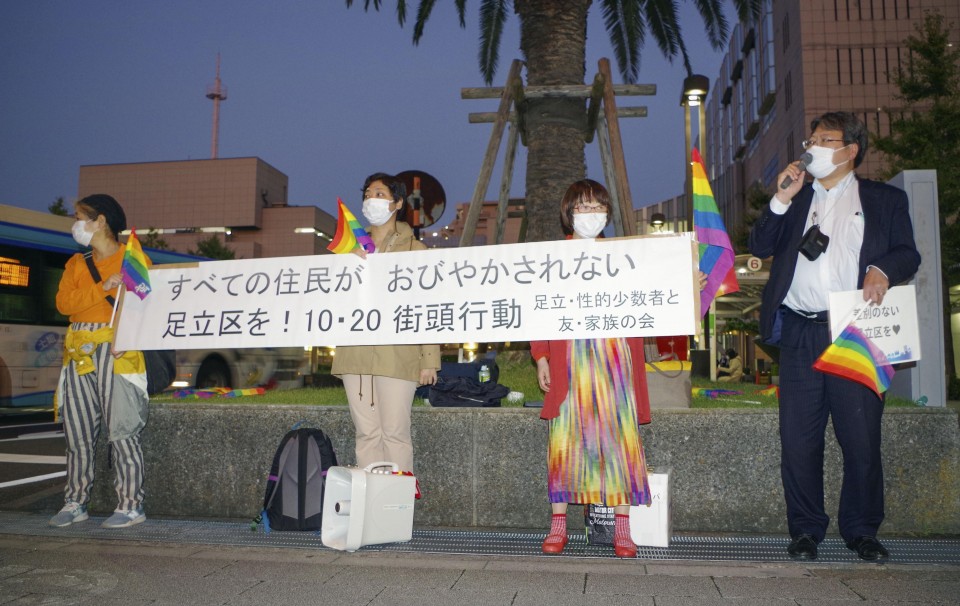 People rally outside the Adachi ward office in Tokyo in October 2020 to protest against a local assemblyman who made remarks disparaging the impact sexual minorities have on the community. (Kyodo)