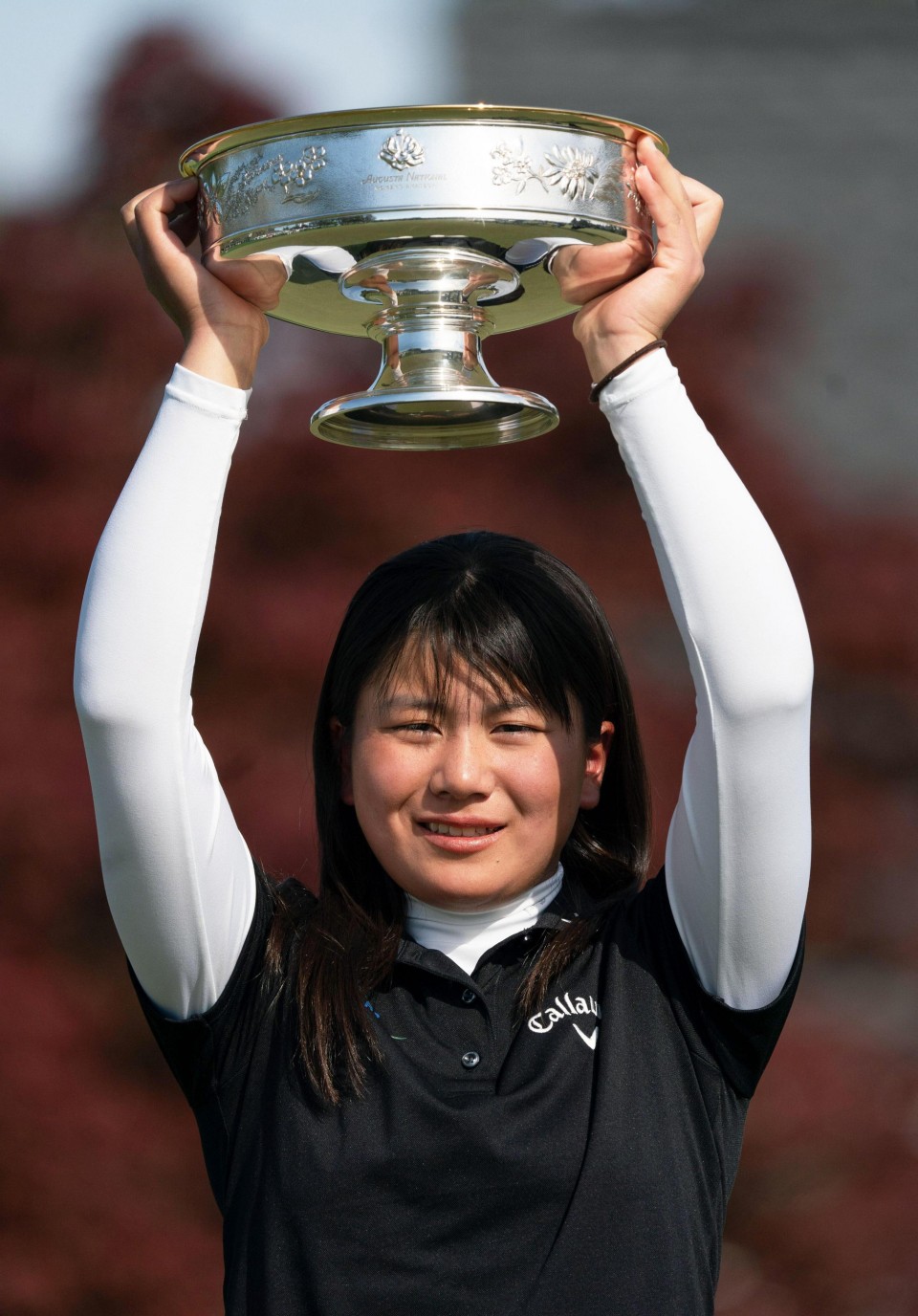 Starting the day two strokes back in fifth, Kajitani shot an even-par 72 for a three-round total of one-over 217 before beating Emilia Migliaccio of the United States on the first hole of a sudden-death playoff.

Woods made a rare appearance on social media, using his Twitter account to congratulate the winner: "Congrats to Tsubasa Kajitani on winning the @anwagolf with an amazing playoff finish. Enjoy the special moment."

A five-time champion at the Masters, played at the same course, Woods is currently recovering from a serious car accident.

Kajitani, a native of Okayama Prefecture, is currently 26th on the World Amateur Golf Rankings.

"I was really nervous but had my heart set on enjoying it until the end. That led to a good result and I'm super happy," she said. "(The weight of the win) is inexpressible."

Japan men's golf star Hideki Matsuyama, who will compete at the Masters from Thursday, also praised his compatriot's achievement.

"There's no doubt it's something quite remarkable. I hope she develops using the experience," said Matsuyama, who has played at the course nine times.

The women's amateur tournament was being played for the second time. It was first held in 2019 but was canceled last year due to the coronavirus pandemic.

Congrats to Tsubasa Kajitani on winning the @anwagolf with an amazing playoff finish. Enjoy the special moment, and good luck to all of the kids tomorrow in the @DriveChipPutt.