Internationally acclaimed novelist Haruki Murakami congratulated incoming arts students on Thursday at his alma mater Waseda University in Tokyo, encouraging them to use both their heart and head when writing fiction.

"You can't write a good novel unless you think with your heart. You have to use your head, but it's better if you're not an honor student," the 72-year-old said at the entrance ceremony for the university's School of Culture, Media and Society and the School of Humanities and Social Sciences. 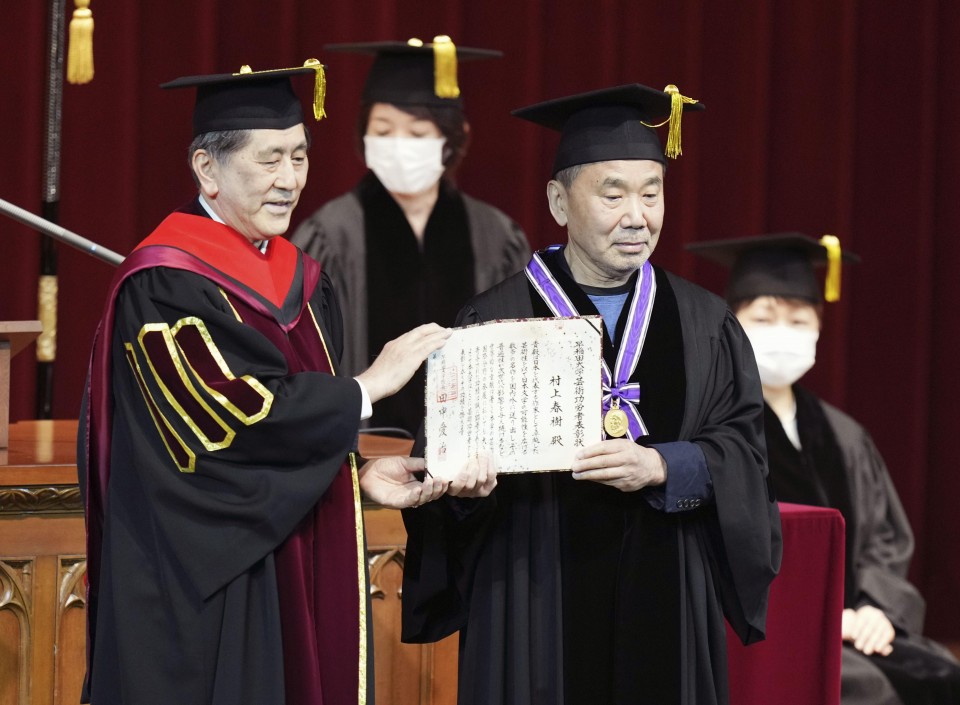 "I think (Waseda University) is the perfect environment to find the right mix," he added.

Appearing on stage in a mortarboard and gown, Murakami, who graduated from the university in 1975, also expressed joy at being able to celebrate with the incoming freshmen despite the ongoing coronavirus pandemic.

"Novels may be of little direct benefit to society, but without them society cannot progress in a healthy manner," he said. "I hope there will be people who inherit this role, and yet others who will warmly support them."

Waseda University the same day presented Murakami with an award for his distinguished service in the arts. The university plans to open a library in October to house the Japanese author's personal archive, which it previously received as a donation.

Murakami is known for his many best-selling novels such as "Norwegian Wood" published in 1987, which catapulted him to fame in Japan and the world. His other noted works include "1Q84" and "Kafka on the Shore."