South Korea's main opposition party is certain to have won in Wednesday's mayoral elections in the nation's two biggest cities, Seoul and Busan, by solid margins, according to a state-run broadcaster, likely dealing a blow to the ruling camp less than a year from the next presidential election.

According to KBS, with slightly over 60 percent ballots counted, People Power Party candidate Oh Se Hoon is certain to be the new Seoul mayor with over 55 percent of the vote compared with 41 percent for his rival Park Young Sun from the ruling Democratic Party. 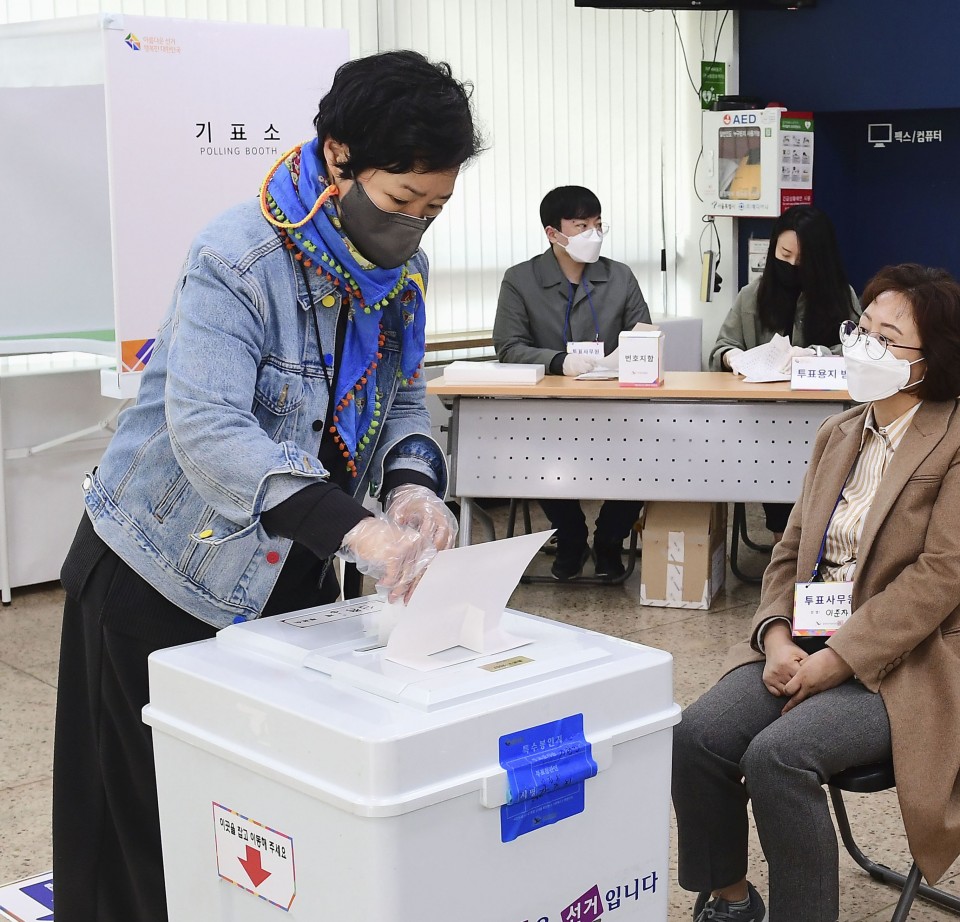 People visit a polling station in Seoul on April 7, 2021, to cast a ballot in the Seoul mayoral by-election. (Kyodo)

"Dear Seoul citizens, as you have offered me this priceless chance, I'll put in my utmost efforts so that Seoul, the heart of Korea, could beat again, and that our country could stand up right again," said Oh as he expressed appreciation for his win.

"I cannot feel any more responsible (to work as new mayor) since there are many Seoul citizens who are bearing great pain and inconvenience due to the economic crisis amid the coronavirus pandemic," he added.

Park earlier admitted her defeat, saying that she feels thankful for those who voted for her and humbly accepts the outcome.

Recent opinion polls had shown the ruling party's candidates trailing their rivals from the opposition party in both cities, reflecting falling public support for President Moon Jae In over soaring housing prices and related scandals. 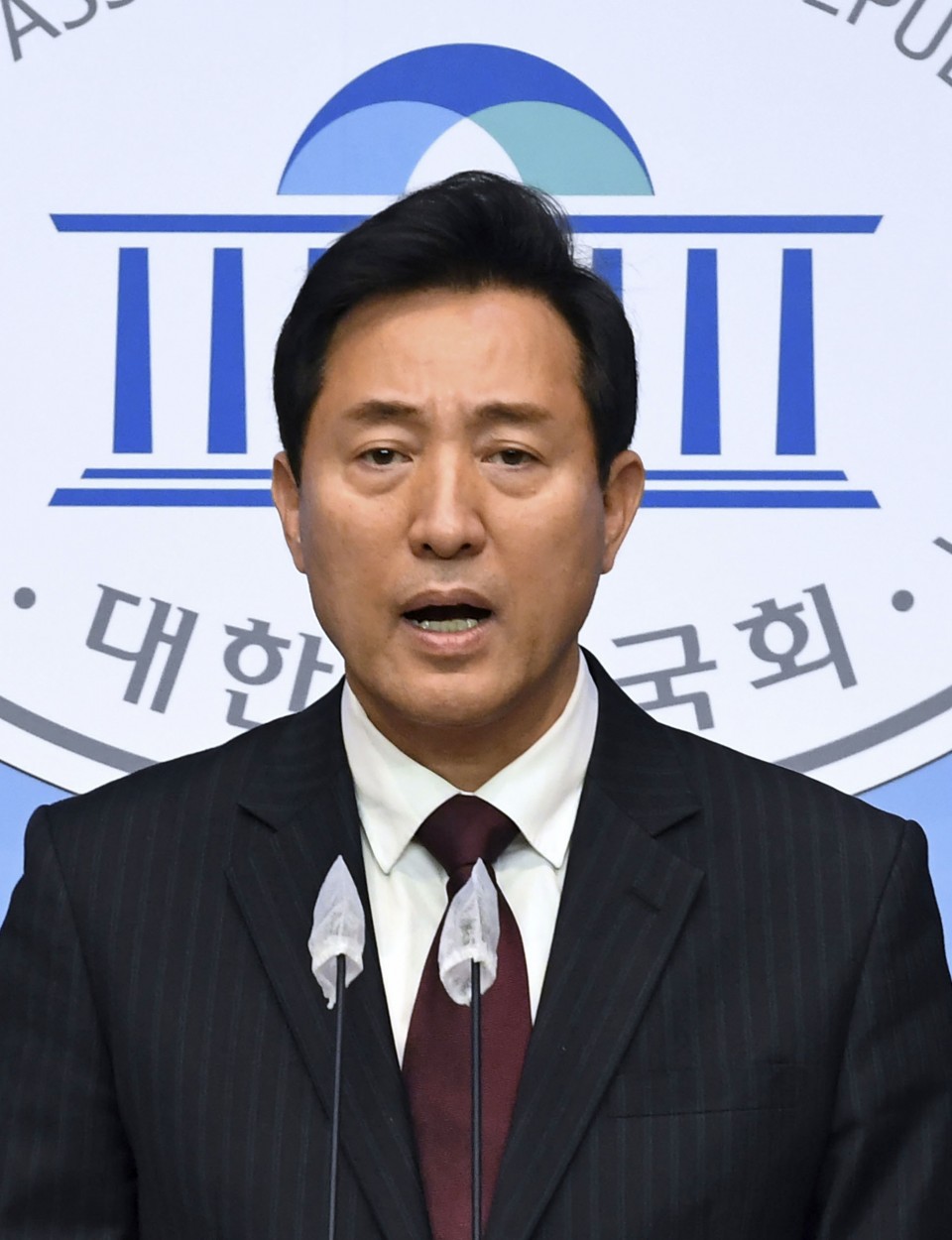 The mayoral contests were among the 21 by-elections held Wednesday to elect public officials in three cities and six provinces. Voting ended at 8 p.m.

Park, before running for Seoul mayor, headed the SMEs and Startups Ministry in the Moon administration and was a four-term lawmaker. Her rival Oh served as Seoul mayor in 2006-2011.

In the southern port city of Busan, People Power Party candidate Park Heong Joon won a landslide victory over Kim Young Choon, former head of the Oceans and Fisheries Ministry, who ran from the Democratic Party.

"This election is a reflection of people's firm stance over how this administration is doing," said Park, while showing appreciation for those who helped him win the mayoral race.

The Seoul and Busan mayoral contests were being closely watched as they serve as a barometer of public sentiment ahead of the presidential election next March. In South Korea, a president only serves a single five-year term.

Reflecting the importance of the by-elections, early voting held Friday and Saturday saw turnout of 20.54 percent, one of the highest rates in South Korean election history, according to the National Election Commission. 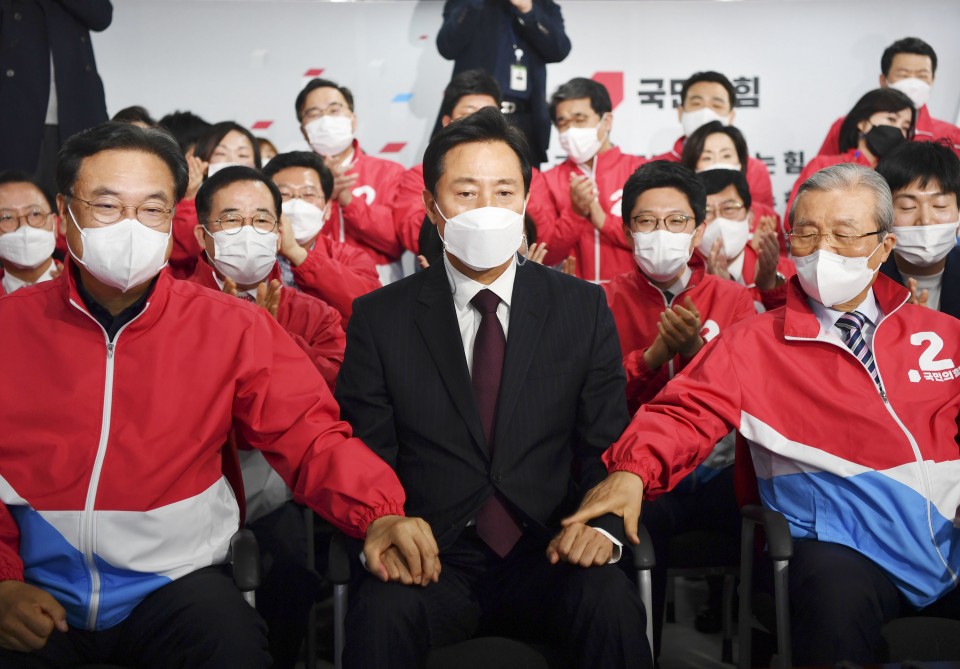 Oh Se Hoon (C) of the opposition People Power Party waits for the result of the Seoul mayoral by-election in the capital on April 7, 2021. (Kyodo) ==Kyodo