U.S. sees no need to wear masks outdoors in many cases if vaccinated

U.S. health authorities said Tuesday that people who have been fully vaccinated against the novel coronavirus no longer need to wear masks outdoors, as long as they are away from big crowds.

The easing of the guidelines on activities deemed safe for vaccinated people came as more than half of the adults in the United States have received at least one shot of the mostly two-dose vaccines, according to the Centers for Disease Control and Prevention.

President Joe Biden hailed the "stunning progress" made in the fight against the pandemic, noting that the number of cases and deaths have dropped dramatically from the levels seen when he took office nearly 100 days earlier. 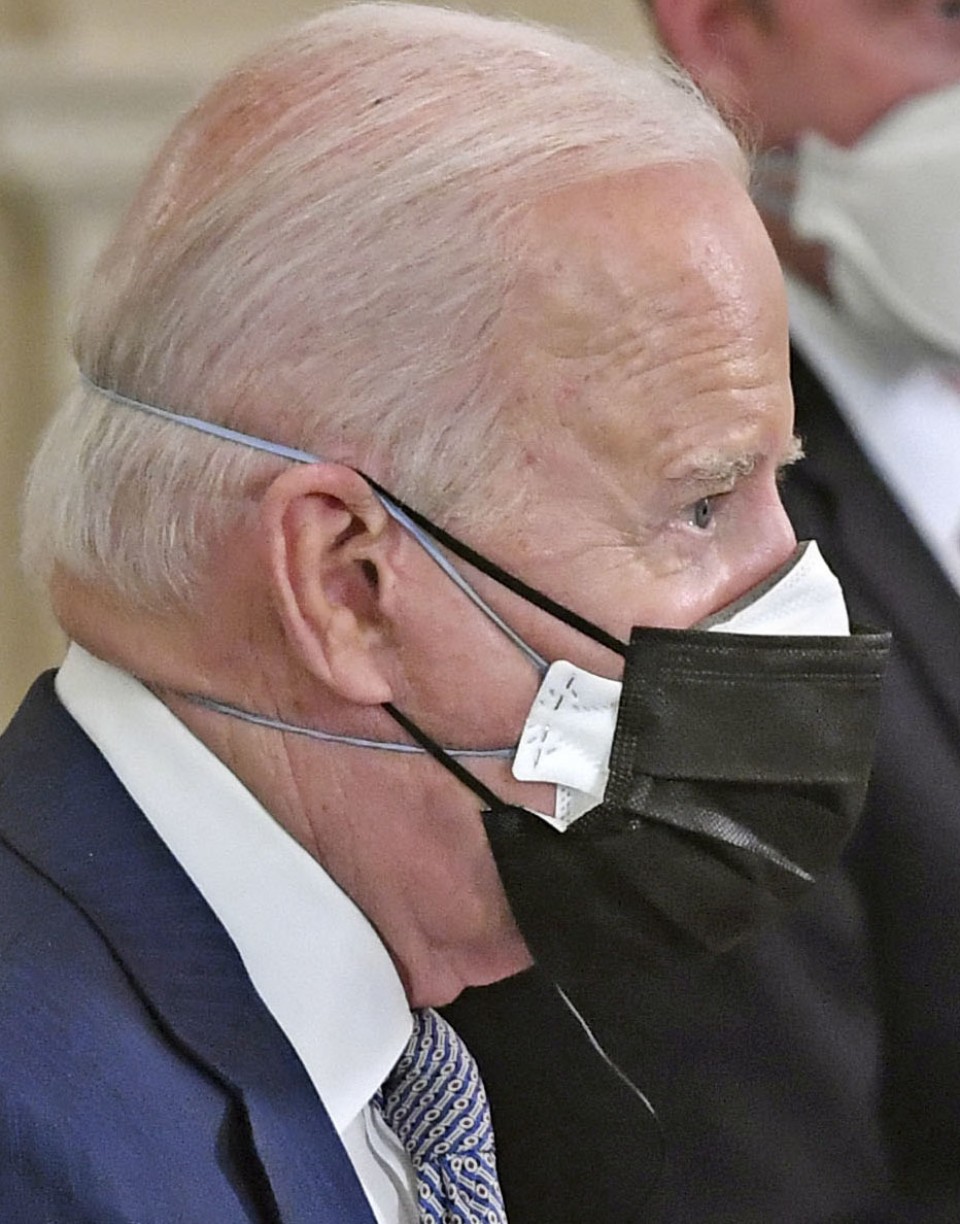 U.S. President Joe Biden wearing a face mask is pictured during his talks with Japanese Prime Minister Yoshihide Suga at the White House in Washington on April 16, 2021. Biden had his first in-person meeting with a foreign leader since he took office in January amid the coronavirus pandemic. (Kyodo) ==Kyodo

But Biden also called for more people to get vaccinated as he seeks to bring the nation closer to "normal" by the target date of Independence Day on July 4.

The seven-day average of daily new cases remains above 54,000, even though the number marks a nearly 80 percent decrease from its peak in early January, the CDC said.

According to the guidelines, fully vaccinated people do not have to wear masks when attending small outdoor gatherings, including with those who are not vaccinated, when dining at outdoor restaurants with some friends, and when walking, running or biking outdoors with members of their households.

But they are still recommended to mask up in crowded outdoor settings such as packed stadiums and concerts where the risk of transmission is feared to be high amid the difficulty of maintaining physical distance and with no clear way to distinguish between vaccinated and unvaccinated people.

Fully vaccinated people are also asked to wear masks when going to movie theaters, getting haircuts or visiting uncrowded shopping centers and museums, among other indoor activities.