Leading Japanese toilet manufacturer Toto Ltd. posted brisk sales in the United States in fiscal 2020, with heightened awareness on hygiene amid the coronavirus pandemic giving the concept of electronic bidet toilets a boost.

Sales of Toto's electronic toilet seat series named Washlet increased 1.8-fold in the year ended March 31 from a year earlier in the North American market including Canada, according to the company's earnings report released Wednesday. 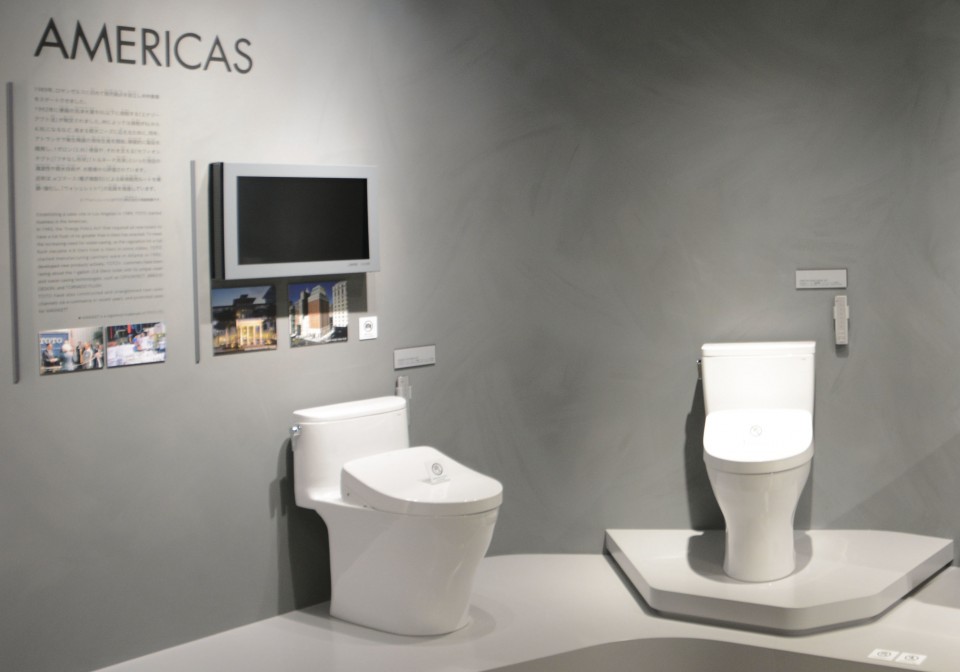 Photo taken at a showroom of Toto Ltd. in Kitakyushu in Fukuoka Prefecture, southwestern Japan, on April 28, 2021, shows bidet toilet seat models on sale in the United States. (Kyodo) ==Kyodo

While Toto toilets became a momentary hot topic when Hollywood celebrities reportedly praised the invention during visits to Japan, the company has struggled to make headway in the North American market since its entry in 1989.

But after the COVID-19 outbreak triggered a shortage of toilet paper due to panic buying in the United States and other parts of the world, the convenience and hygiene of such cleansing began to attract attention.

Setting up showrooms and expanding sales channels, including online shopping, have also contributed to Toto's increased brand recognition in the world's largest economy.

"We are on the cusp of making electronic bidet toilets widely available even in the United States," said Toto Executive Vice President Satoshi Shirakawa at a press conference in Kitakyushu, Fukuoka Prefecture, where the company is headquartered.

In Japan, the renovation business has been going well, with more schools and even residential homes shifting to touchless sink faucets that release water without the need to turn any taps, the company said.