The mayor of a city in the western Japan prefecture of Osaka said Monday he will step down after finding himself in the hot seat for setting up a home sauna just next to his office for personal use.

Hiroki Tomita, the mayor of Ikeda, has been under intense criticism for bringing the sauna into the city government's building from his home last year along with gym equipment. He had claimed they were needed for "health reasons." 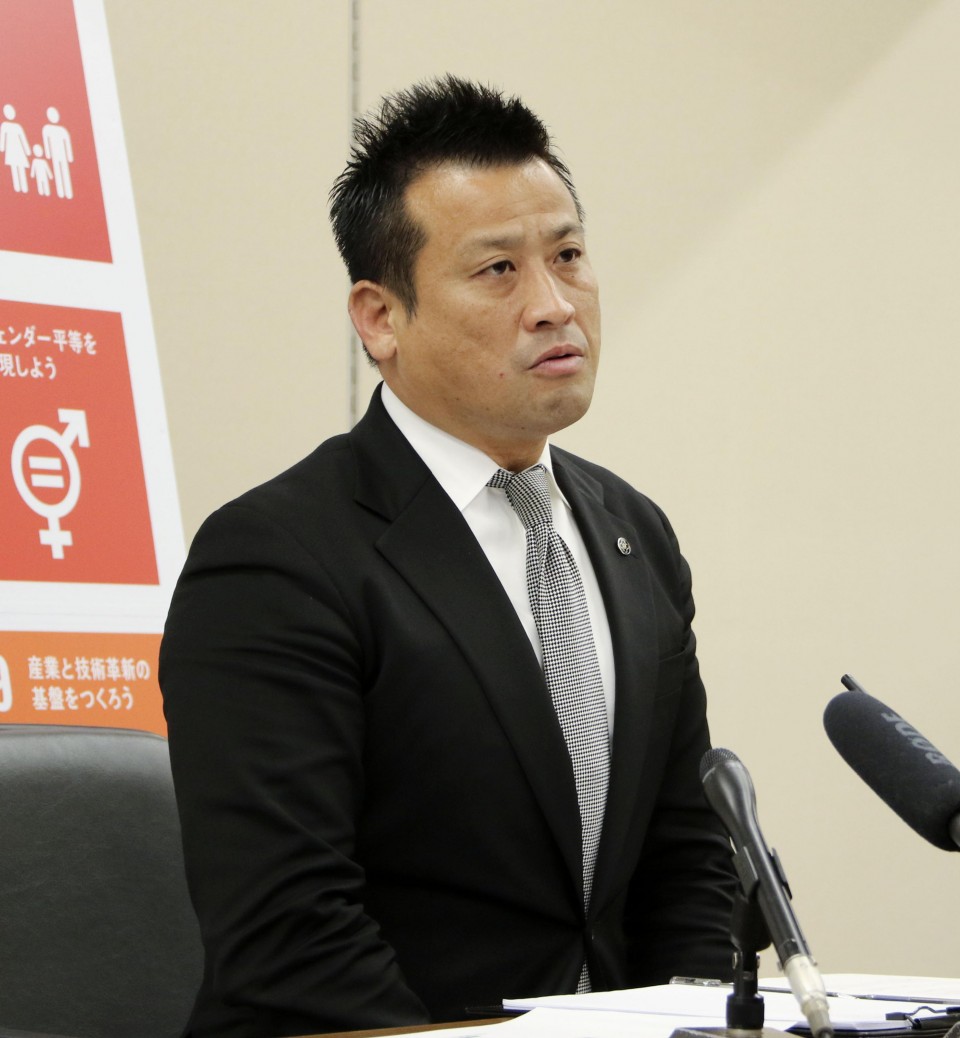 Hiroki Tomita, mayor of Ikeda in Osaka Prefecture, expresses his intention to resign at a press conference in his office on April 26, 2021. (Kyodo)

On Monday, the 44-year-old said at a press conference he will resign to "take responsibility" after the city government's COVID-19 vaccination program for elderly people is largely completed, without providing a specific timeline.

The city assembly was set to adopt a no-confidence motion against Tomita on Tuesday if he did not comply with a request for resignation made this month by its investigation team.

"If (the motion is) passed, it will lead to an election, putting citizens and the elderly at risk," Tomita said.

The committee had criticized the mayor, who had been in the position since April 2019, saying he misused the city office and mistreated a number of government officials.