Japan's Ground Self-Defense Force said Thursday it will conduct nationwide exercises involving all of its units for the first time in about 30 years in an attempt to boost deterrence and strengthen its capabilities.

At a time when China's maritime assertiveness has become a major regional security concern, the drills of the GSDF, including transporting necessary supplies and improving communication systems, are expected to be carried out between September and November across the country. 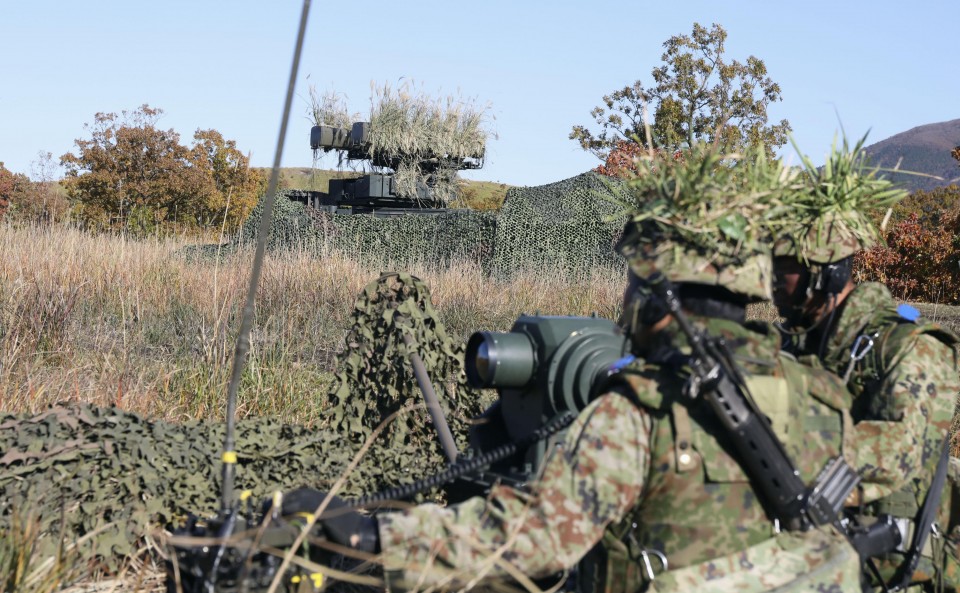 The GSDF, which has around 140,000 personnel, last conducted such exercises in 1993 after the Cold War ended.

Japan has been trying to strengthen the Self-Defense Forces' abilities to defend remote islands in the face of increased maritime actions by China especially around the Senkaku Islands.

In February, China, which claims the Japanese-controlled uninhabited islands, implemented a law allowing its coast guard to use weapons against foreign ships that it sees as illegally entering its waters.

Since then, Japan has been sharing its concern with the United States and other countries about the possibility of China becoming more aggressive in the South and East China seas.

On Thursday, the GSDF also said it will hold a joint drill with the U.S. Marine Corps and the French army as early as May in Japan.

It will be the first time that the GSDF and the French army have conducted an exercise together in Japan.

The plan comes as Japan steps up efforts to strengthen defense cooperation beyond its ally, the United States, with like-minded countries. The forces of the three countries will engage in urban warfare drills, according to the GSDF.