British private equity firm CVC Capital Partners has proposed a buyout of Toshiba Corp. to take it private, the Japanese firm's president said Wednesday, in a deal likely worth around 2 trillion yen ($18 billion).

The investment firm will discuss terms with the management of the Japanese electronics and infrastructure conglomerate and engage in talks with the Japanese government about screening the proposed acquisition, sources familiar with the matter said. 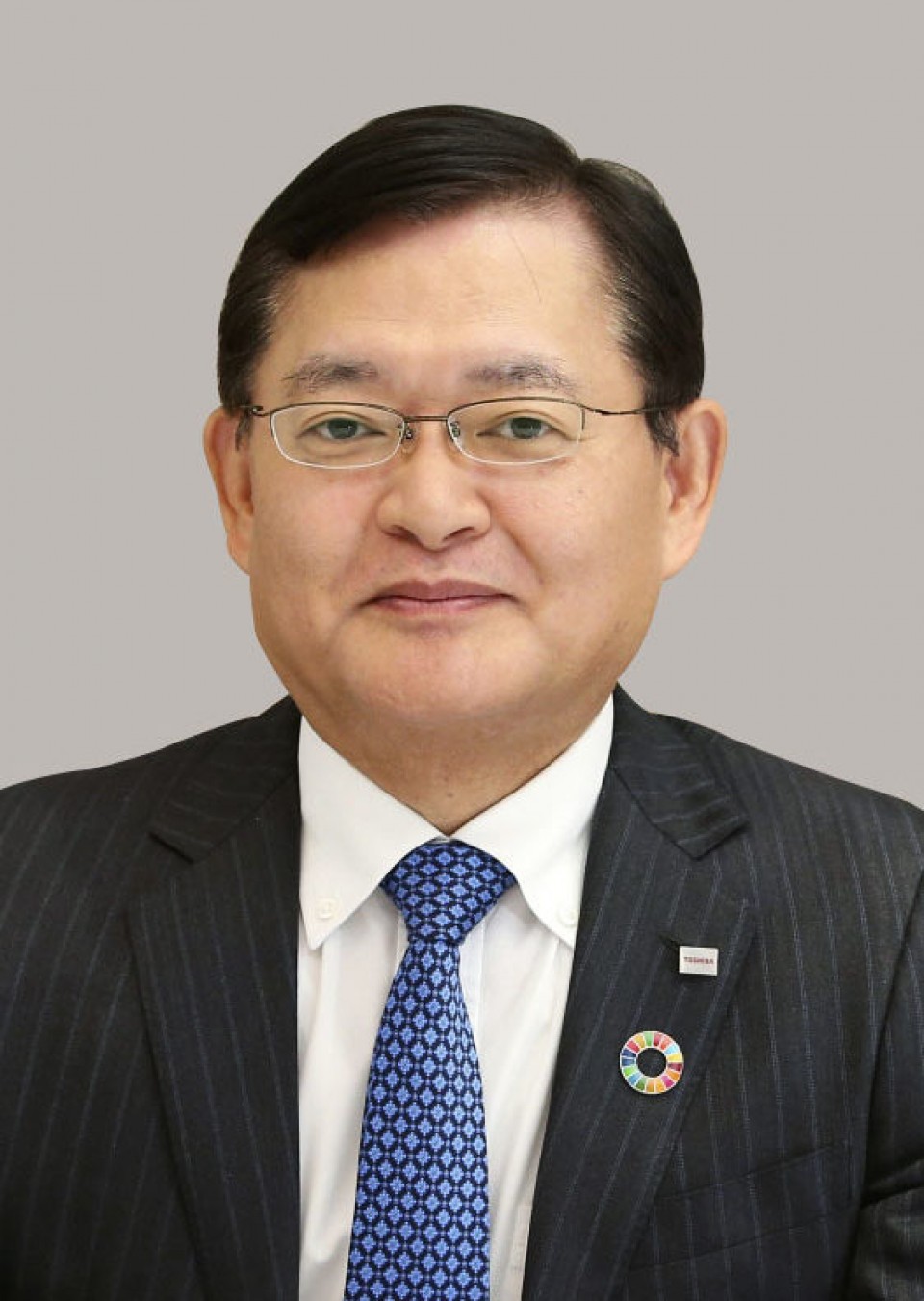 Toshiba has faced pressure from activist shareholders who invested in the conglomerate when it was struggling to get back on its feet, and taking the Japanese firm private could speed up management's decision-making, the sources said.

If the proposal goes through and CVC's tender offer is successful, it would help shield Toshiba from outside pressure from vocal shareholders and prevent their interference. But going private also raises the bar for Toshiba, a household name with a history dating back to 1875, to ensure transparency and proper governance.

"It is true we received a proposal, and we will discuss that at our board meeting," Toshiba President Nobuaki Kurumatani told reporters. Prior to taking the helm of Toshiba, Kurumatani served as chairman of CVC's Japanese unit.

Established in 1981, CVC has $117.8 billion worth of assets under its management, according to its website. In February, Japanese cosmetics maker Shiseido Co. said it would sell its personal care products business, known for brands such as Tsubaki, to CVC for 160 billion yen.

Following media reports of the proposed buyout, Toshiba shares met a flood of buy orders on Wednesday to finish up 18.3 percent at a daily-limit high of 4,530 yen. Based on the closing price, Toshiba is capitalized at 2.06 trillion yen.

A buyer typically pays a premium in a tender offer, likely pushing the value of a full acquisition of Toshiba shares further above 2 trillion yen.

The purchase of Toshiba, which has nuclear power and defense businesses, would need to be screened and approved by the Japanese government under the country's law regulating foreign investment in Japanese companies dealing with sensitive technology and products due to national security reasons.

Toshiba said in a statement that it received an initial proposal on Tuesday, adding that it will ask for more details and examine it "carefully."

"With regard to businesses that are key to our economy and society, we believe it's important to establish a management structure that can be stably sustained," Katsunobu Kato, the top government spokesman, said about CVC's buyout proposal for Toshiba.

Kurumatani, who joined Toshiba in 2018 as chairman and CEO, has seen shareholder support for him dwindle. At the general shareholders meeting in July 2020, 57.96 percent were in support of Toshiba's move to keep him in the post. It stood at 99.43 percent a year earlier, according to Toshiba.

In recent years, Toshiba has undergone sweeping restructuring after an accounting scandal in 2015, followed by the bankruptcy of its U.S. nuclear plant subsidiary in 2017.

It has exited from unprofitable TV, personal computer and U.S. nuclear power businesses while selling its chip-making subsidiary to a consortium led by U.S. private equity fund Bain Capital in 2018.

Although no formal decision has been made, CVC's potential buyout of Toshiba would match or surpass Bain Capital's 2.3 trillion yen purchase of the semiconductor unit, Toshiba Memory Holdings Corp., making it one of the largest deals by a foreign investment fund in Japan. The Toshiba unit is now known as Kioxia Holdings Corp.

Toshiba is now shifting its focus more to infrastructure and renewable energy for future growth.

Mitsushige Akino, a director at Ichiyoshi Asset Management Co., said shareholders are concerned about a lack of business vision for the future under the current management.

"It would be meaningless to go private just to avoid the influence of activist shareholders," Akino said.

In January, Toshiba returned to the First Section of the Tokyo Stock Exchange, more than three years after it was demoted to the Second Section as the conglomerate's financial health deteriorated due to huge losses incurred at the U.S. nuclear unit Westinghouse Electric Co.