U.S. health authorities on Tuesday called for a pause in the use of Johnson & Johnson's coronavirus vaccine, citing cases of a "rare and severe type of blood clot" in individuals who had recently received the shot.

Following the announcement, the major U.S. pharmaceutical company said it has decided to "proactively delay" the rollout of its vaccine in Europe. 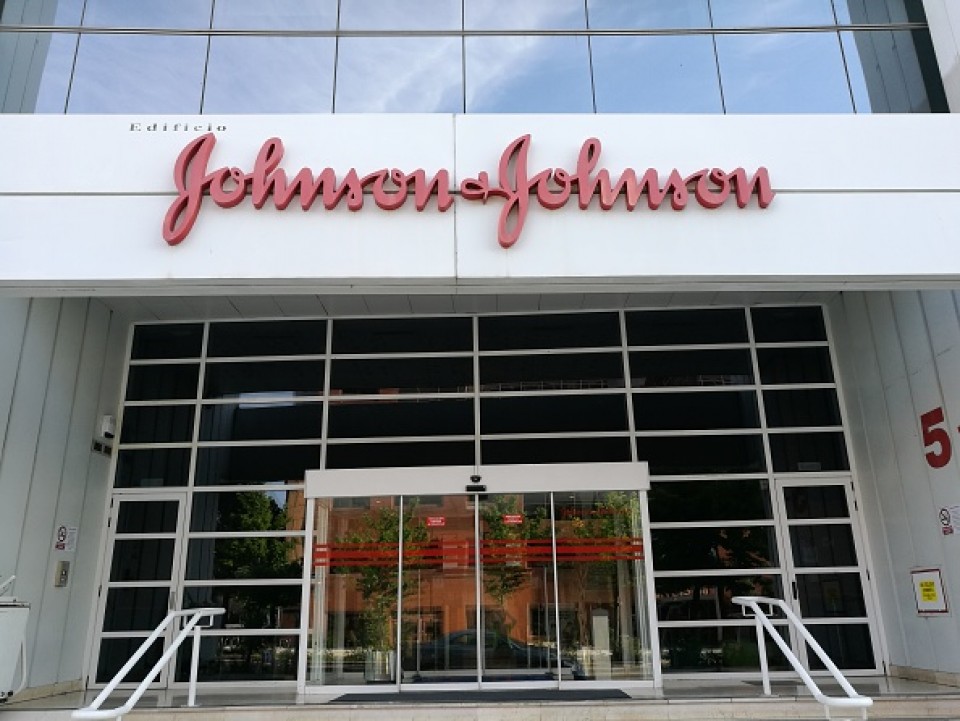 Building of the company Johnson and Johnson in the Juan Carlos I Business Park in Madrid, it is an American multinational of medical, pharmaceutical and perfumery products, Spain.(Getty/Kyodo)

More than 6.8 million doses of the J&J vaccine have been administered in the United States as of Monday, of which six cases of such blood clots were reported among women between the ages of 18 and 48, the U.S. Food and Drug Administration and the Centers for Disease Control and Prevention said in a joint statement.

Symptoms occurred six to 13 days after vaccination. One case was fatal, and another patient is in critical condition, U.S. officials said.

Until a process to investigate and review the cases is complete, the FDA and CDC said they are "recommending a pause in the use of this vaccine out of an abundance of caution."

The pause could be "a matter of days," FDA Acting Commissioner Janet Woodcock said on a conference call following the release of the statement.

The FDA and CDC stressed the need to ensure health care providers understand the potential for the adverse events so they can be ready to recognize and properly manage the situation, given the "unique treatment" required for blood clots under the circumstances.

Usually, an anticoagulant drug called heparin is used to treat blood clots. But the health authorities warned that administering heparin may be dangerous in the cases in question, and alternative treatments need to be given.

People who develop severe headaches, abdominal pain, leg pain, or shortness of breath within three weeks after receiving the J&J vaccine should contact their health care providers, they said.

The FDA granted the J&J vaccine emergency use authorization at the end of February.

The vaccine has specifically been studied as a one-dose regimen, raising hopes for a simpler mass inoculation process as compared to relying on two other vaccines that each require two doses -- one developed by U.S. pharmaceutical giant Pfizer Inc. and its German partner BioNTech SE, and another from U.S. company Moderna Inc.

The White House said a pause in deploying the J&J vaccine would "not have a significant impact" on the country's inoculation plan, noting that the vaccine has made up less than 5 percent of the recorded shots in arms in the United States to date.

The country has secured enough Pfizer and Moderna doses for 300 million Americans, the White House said.