Kintetsu Liners advanced to the second round of the Japan Rugby Top League playoffs on Sunday with a 31-21 win over Munakata Sanix Blues.

Kintetsu are the only Top Challenge League side to defeat one of the four lowest-ranked teams from the Top League in order to set up a game next week against five-time champion Panasonic Wild Knights. 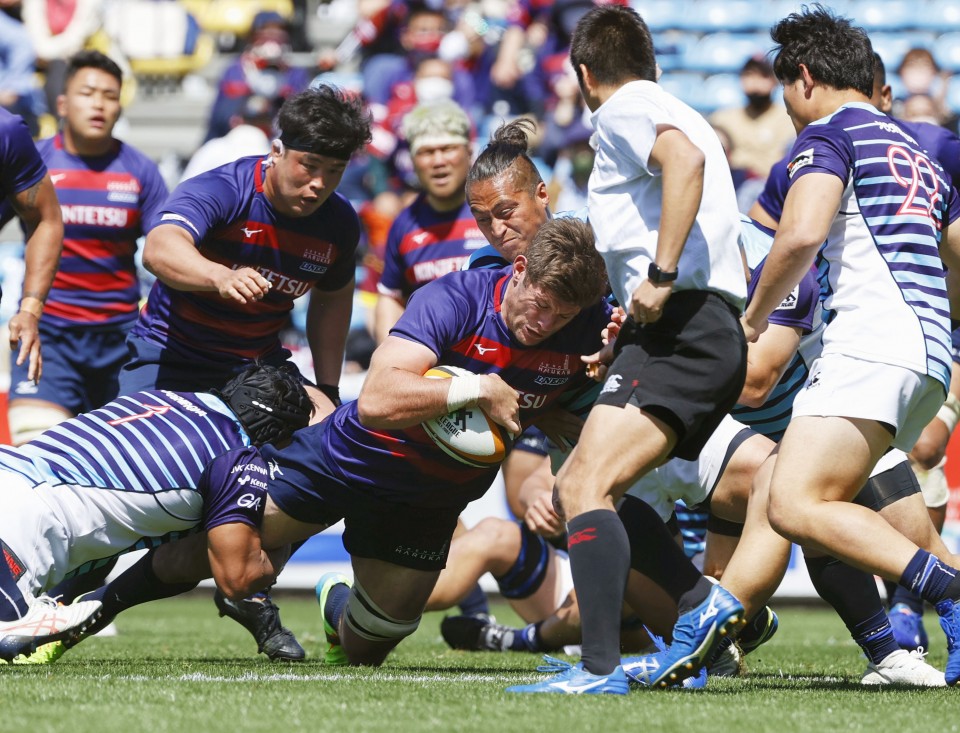 Liners, second in this season's Top Challenge League, held a 17-14 lead at halftime and held on despite playing the final 36 minutes with just 14 players to beat the Blues, who finished last in the Top League's eight-team Red conference.

The Dynaboars' victory was secured through a pair of late Michael Little tries. In Saturday's other game, the Green Rockets' Alex Goode kicked the final five points to win a duel against former England teammate Freddie Burns.

Saturday's and Sunday's winners, however, will face the cream of the Top League crop next weekend. On Saturday, the Green Rockets will take on Suntory Sungoliath, while the Dynaboars are pitted against Kobe Kobelco Steelers. Sunday's games will see the Liners face Panasonic Wild Knights, and the Red Dolphins playing Toyota Verblitz.

This season will be the Top League's last. The Top League and Top Challenge will be replaced by a new three-tier league starting in 2022.