At least 82 people were killed and some 110 injured in a fire that ripped through a Iraqi hospital designated for COVID-19 patients on Saturday, local media reported Sunday.

The Iraqi News Agency said the fire occurred at the Ibn al-Khatib Hospital in the Iraqi capital.

It said the casualty figures, which had been rising throughout the day, were released by the Interior Ministry. 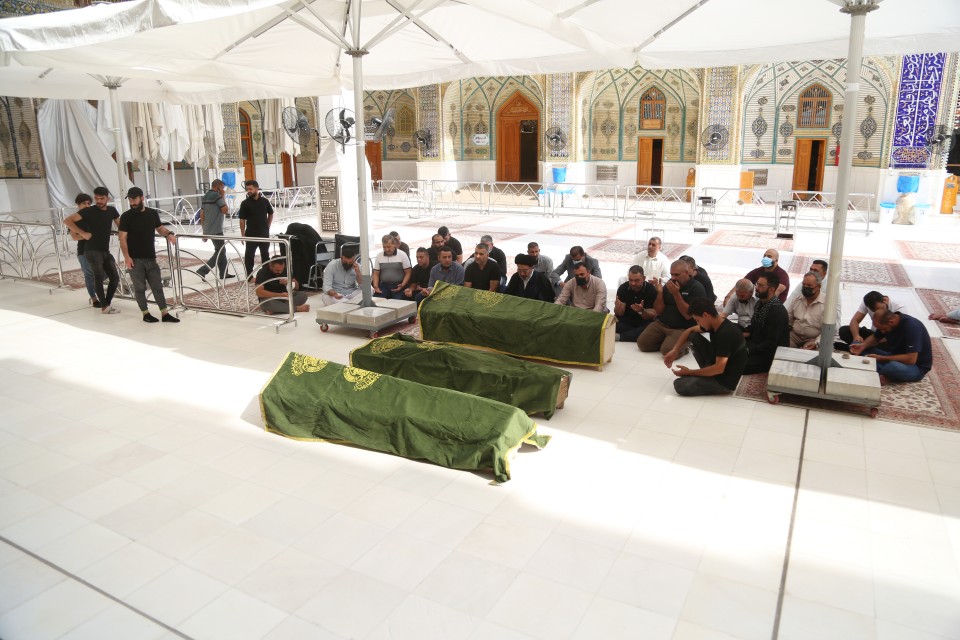 A funeral ceremony is held in Najaf, Iraq on April 25, 2021 for 3 people who lost their lives in a fire at Baghdad Ibn al-Khatib Hospital on the previous day. (Anadolu Agency/Getty/Kyodo)

Qatar-based broadcaster Al Jazeera, citing medical sources, reported that the blaze was sparked by an accident that caused an oxygen tank to explode. It said the fire spread quickly throughout an ICU equipped to treat COVID-19 patients.

It said the death toll was likely to rise because many of the injured had severe burns.

Prime Minister Mustafa al-Kadhimi ordered an investigation into the cause of the fire and declared three days of national mourning.

According to local media reports, some people died when their oxygen inhalers had to be removed to enable them to escape the flames, while others jumped out of windows.

The hospital reportedly did not have an automatic fire suppression system.

Although Iraq is an oil powerhouse, social infrastructure such as hospitals and public facilities remain in poor condition.

In 2019, there was large-scale anti-government demonstrations protesting underdeveloped infrastructure and corruption.

According to the data of Johns Hopkins University, the total number of confirmed coronavirus infections in Iraq is about 1.03 million, with the death toll at least 15,000.