Taiwan's deputy representative to Japan said Monday he hopes Prime Minister Yoshihide Suga's government will play a greater role in ensuring stability in the region, hailing a joint statement issued after a U.S.-Japan summit that mentioned the self-ruled island for the first time in 52 years.

"Japan's role in preventing China from invading Taiwan has become more important," Tsai Ming-yao, the deputy head of the Taipei Economic and Cultural Representative Office in Japan, said in an interview with Kyodo News. The office serves as the de facto embassy in the absence of official diplomatic ties. 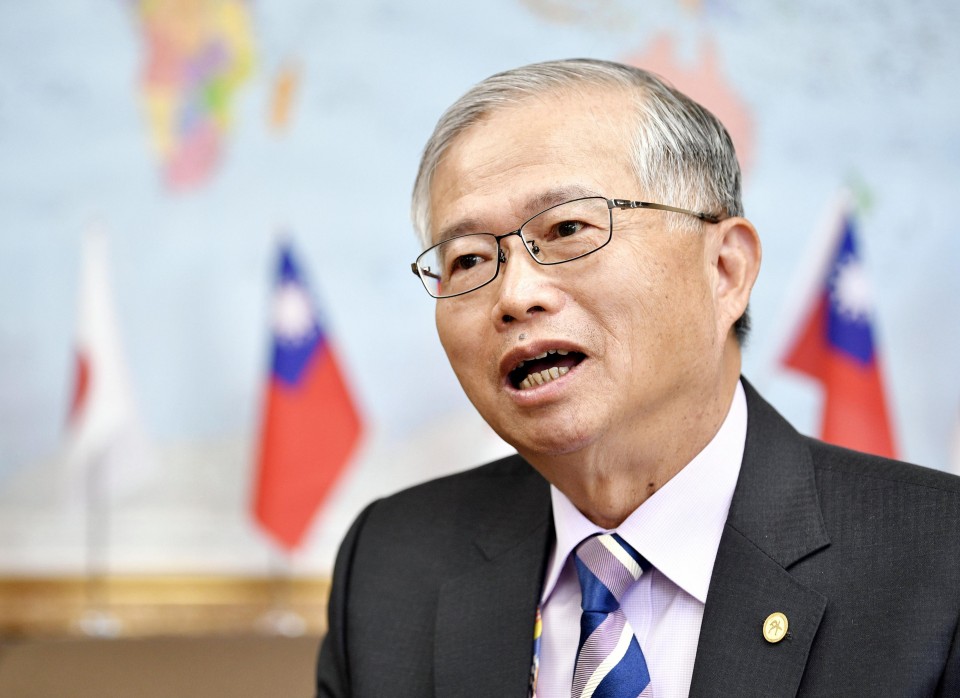 Tsai Ming-yao, deputy head of the Taipei Economic and Cultural Representative Office in Japan, speaks during an interview in Tokyo on April 19, 2021. (Kyodo)

"This is a historically important document. I would like to express my gratitude," he said, referring to a post-summit joint statement that touched on the importance of the peace and stability across the Taiwan Strait, where China has grown increasingly assertive.

Last month, Philip Davidson, outgoing commander of the U.S. Indo-Pacific Command, said a Chinese invasion of Taiwan could occur within the next six years.

"It is futile to engage in an arms race with China to strengthen deterrence. I would like Japan and the United States to pool their knowledge together to find a solution through political and diplomatic means," Tsai said.

Although China and Taiwan have been governed separately since they split in 1949 after a civil war, Beijing continues to see the island as a renegade province awaiting reunification, if necessary by force.