Former Minnesota police officer Derek Chauvin was convicted Tuesday on murder charges stemming from the death of George Floyd in May 2020, in a case that fueled unrest across the United States after video showed the white officer kneeling for an extended period on the black man's neck.

Chauvin, 45, was fired the day after the incident and faced three charges -- second-degree unintentional murder, third-degree murder and second-degree manslaughter -- in the trial that began on March 29. The jury at a district court in Minneapolis found Chauvin guilty on all three charges after roughly 10 hours of deliberation.

Sentencing will take place at a later date, with the charges carrying maximums of 40 years, 25 years and 10 years, respectively, though the terms are expected to be considerably less given sentencing guidelines for first-time offenders. 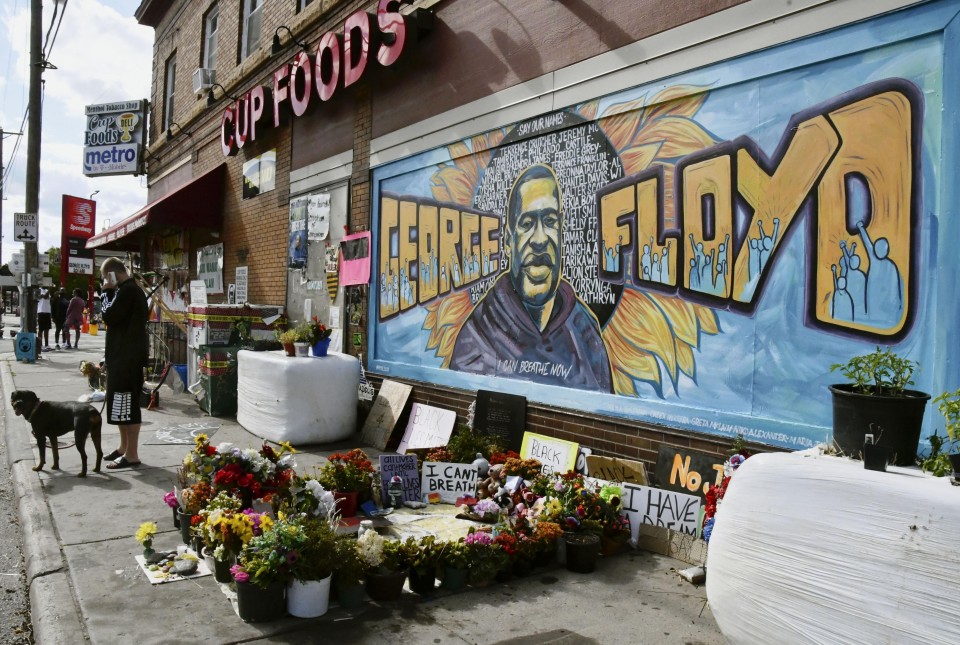 Photo taken Aug. 3, 2020, shows a portrait of George Floyd, an unarmed black man killed by a police officer in Minneapolis in May, at the incident site in the Minnesota city. The 46-year-old's death triggered mass anti-racism protests around the world. (Kyodo) ==Kyodo

The 46-year-old Floyd had been accused of using a counterfeit $20 bill to buy cigarettes at a shop in Minneapolis. After being removed from his vehicle and handcuffed, Floyd resisted efforts to put him into the backseat of a police car, whereupon Chauvin knelt on his neck to pin him to the ground for over nine minutes until an ambulance arrived.

Video footage of Floyd gasping for breath in the encounter before he was declared dead at a hospital reignited protests over the longstanding issues of police brutality and systemic racism in the United States, with major demonstrations linked to the Black Lives Matter movement gaining momentum nationwide even in the midst of the coronavirus pandemic.

Prosecutors had sought to prevent the case from being seen as a symbol of anti-police sentiment, but rather as a matter of protecting the integrity of policing by holding Chauvin responsible for individual misconduct.

They characterized the defendant's actions as a cruel and unnecessary application of lethal force, with bystanders including children pleading with officers to show mercy when Floyd was no longer resisting.

Meanwhile, the defense tried to cast uncertainty over the cause of death, noting autopsy results that showed substances including fentanyl in Floyd's system and pointing to his past heart problems.

Following closing arguments, the defense also asked for a mistrial due to public comments by influential Democratic congresswoman Maxine Waters of California, who on Saturday night urged protesters to be "more active" and "more confrontational" in the event of Chauvin's acquittal. 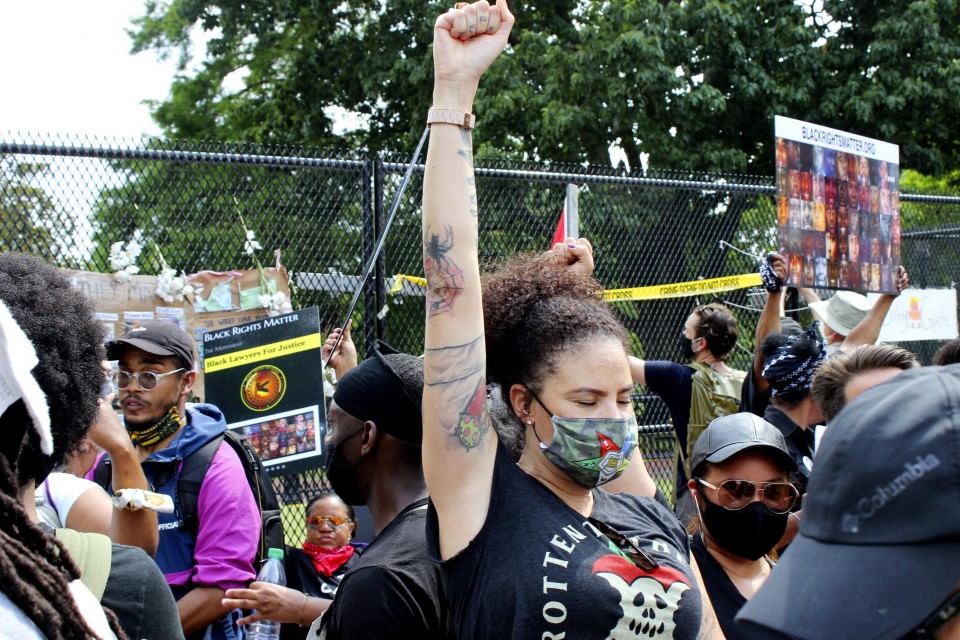 People stage a protest near the White House in Washington on June 6, 2020, against the death of George Floyd in Minneapolis police custody. (Kyodo) ==Kyodo

The request was denied, though the judge criticized Waters' comments and suggested they might be grounds for an appeal.

Once the jury had been sequestered, President Joe Biden commented on the case on Tuesday at the White House, saying he felt the evidence against Chauvin was "overwhelming" and that he was "praying the verdict is the right verdict."

Thousands of National Guard members were deployed in Minneapolis with many businesses boarded up against the possibility of damage if there had been an angry backlash against an acquittal in the closely-watched trial.

Three other officers involved in the police activity on May 25, 2020 were also fired the following day and will stand trial jointly beginning in August on charges of aiding in Floyd's death.