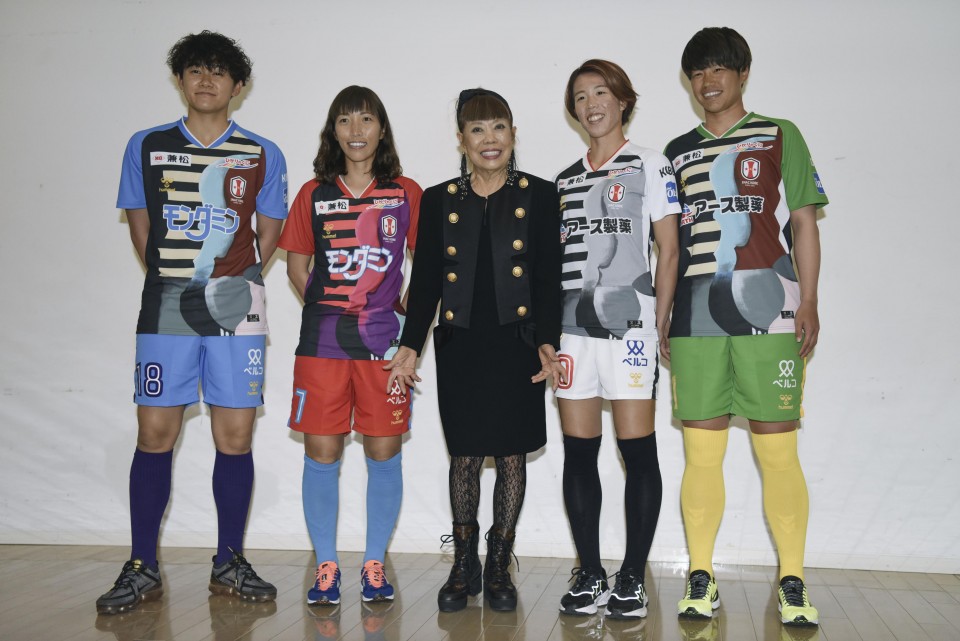 The club will look to make beautiful music on the pitch in the multicolored outfits with shapes evoking instruments such as the piano and violin.

"I want them to strongly express the beauty of a musical performance out on the pitch," Koshino said of the kits, which the club will use in the inaugural season of the new WE League women's professional competition starting from September.

Japan midfielder Emi Nakajima, who modeled one of the new designs at the launch, said she looked forward to playing in them.

"They feel very fresh, such a departure from the designs up until now. They inspire joy and I want to show that a lot as I play," Nakajima said.