The 34-year-old Honda has been without a club since leaving Brazilian side Botafogo at the end of last year. He looked set to join Portugal's Portimonense but the deal did not materialize after the team was unable to register him in time. 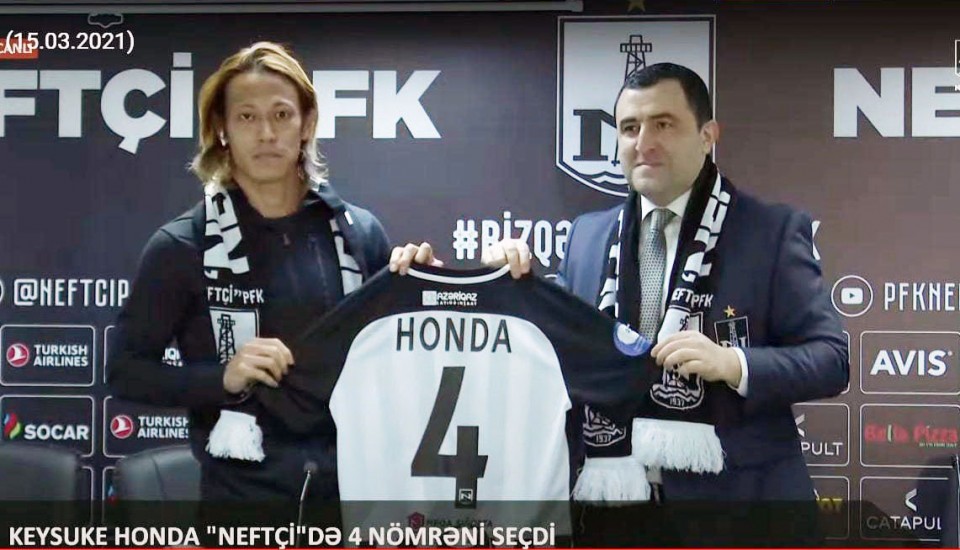 Screenshot taken from Neftci PFK's official YouTube channel shows Keisuke Honda (L) holding the No. 4 shirt as the former Japan international is introduced at a press conference by the Azerbaijan Premier League team on March 15, 2021. (Kyodo)

Honda will wear the No. 4 shirt at his new club, based in the country's capital of Baku.

Azerbaijan will be the seventh foreign nation Honda has played in after spells in the Netherlands, Russia, Italy, Mexico and Australia, playing for the likes of CSKA Moscow and AC Milan.

Honda, who is currently the general manager of Cambodia's national team, is the only Japanese to score at three different World Cups.