Thailand resumed its rollout of AstraZeneca Plc's COVID-19 vaccine Tuesday, which had been suspended since Friday following reports of blood clots among people who had received the vaccine in European countries, according to the Thai public health ministry.

The ministry gave the green light for the launch of the vaccine rollout as the World Health Organization said Monday no causal link had been established between the AstraZeneca vaccine and blood clotting. 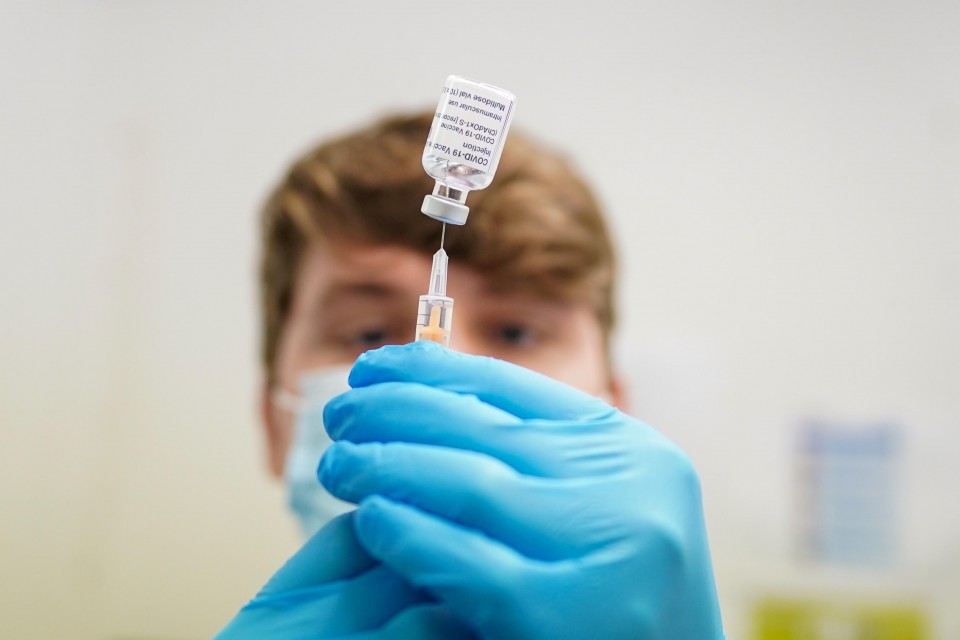 An AstraZeneca/Oxford University Covid-19 vaccine is being handled at a pharmacy in Middlesbrough, Britain, on Jan. 28, 2021. (Getty/Kyodo)

Prime Minister Prayut Chan-o-cha and some ministers received their shots Tuesday after the cancellation of their appointments Friday following the reports of blood clot cases in Europe including one fatality in Denmark.

After receiving the vaccine, the prime minister said the government will start the rollout of the AstraZeneca vaccine soon and elderly people as well as those with underlying conditions would be the first groups inoculated.

"I hope this first jab (of the AstraZeneca vaccine) helps boost confidence for the public to be inoculated," Prayut said after receiving the jab. He added that the government will consider relaxing measures to tackle the coronavirus outbreak after the vaccine rollout has expanded nationwide, including opening the country for tourists from overseas.

Earlier this month, Thailand began inoculations with a vaccine made by China's Sinovac Biotech Ltd. As use of that vaccine is limited to people aged 18 to 59, Prayut, 66, did not receive a shot.