China on Wednesday criticized 14 countries, including Japan and the United States, for "politicizing" the origins of the novel coronavirus after they voiced concerns over a joint probe conducted by the World Health Organization and Beijing in a Chinese city.

Chinese virus experts have argued that similar investigations should be carried out in other nations to identify the sources of the virus that causes COVID-19 disease, saying the idea that a probe should be conducted only in China is "scientifically wrong." 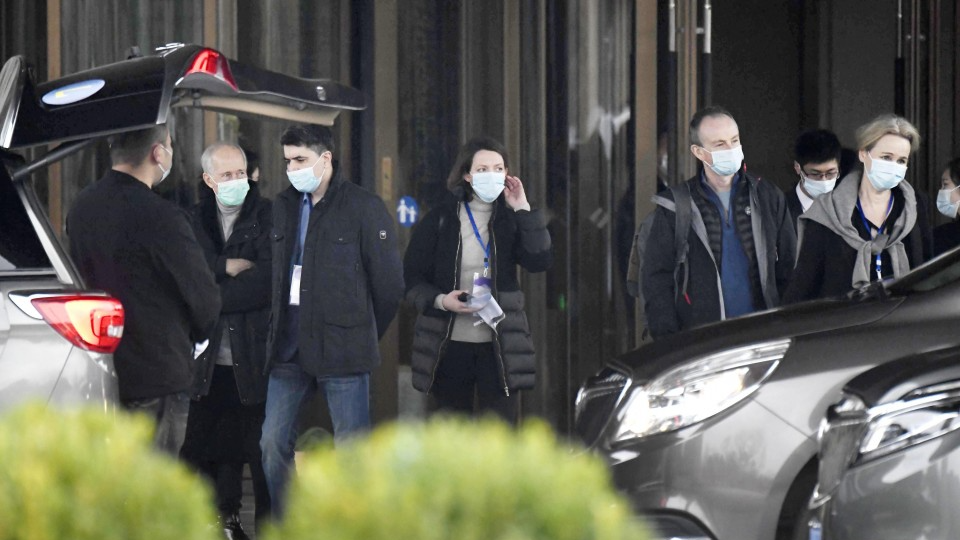 Members of a World Health Organization team leave their hotel for the airport at the end of their mission to investigate the origins of the coronavirus pandemic in Wuhan, China, on Feb. 10, 2021. (Kyodo) ==Kyodo

"The traceability work should be based on a global perspective" and "will need to be carried out in multiple countries," Hua said.

The Chinese comments came after the 14 nations in a joint statement expressed "shared concerns" over the study conducted in the central Chinese city of Wuhan in February, pointing out it was "significantly delayed and lacked access to complete, original data and samples."

The coronavirus was first detected in Wuhan in late 2019.

The joint study by the WHO and China on the virus's origins concluded it is "extremely unlikely" the virus escaped from a laboratory in Wuhan, according to the report released by the U.N. health agency on Tuesday.

China hailed the report, which denied a theory advanced by former U.S. President Donald Trump that the Chinese laboratory might have been the virus's birthplace.