The decision to bar people from entering Japan to spectate at the Tokyo Olympics and Paralympics means the games will look and feel very different from those in the past, but consideration can now be given to what lasting impact the decision could have.

The most immediate and obvious question is whether the situation will repeat in China less than six months after the Tokyo Games close. 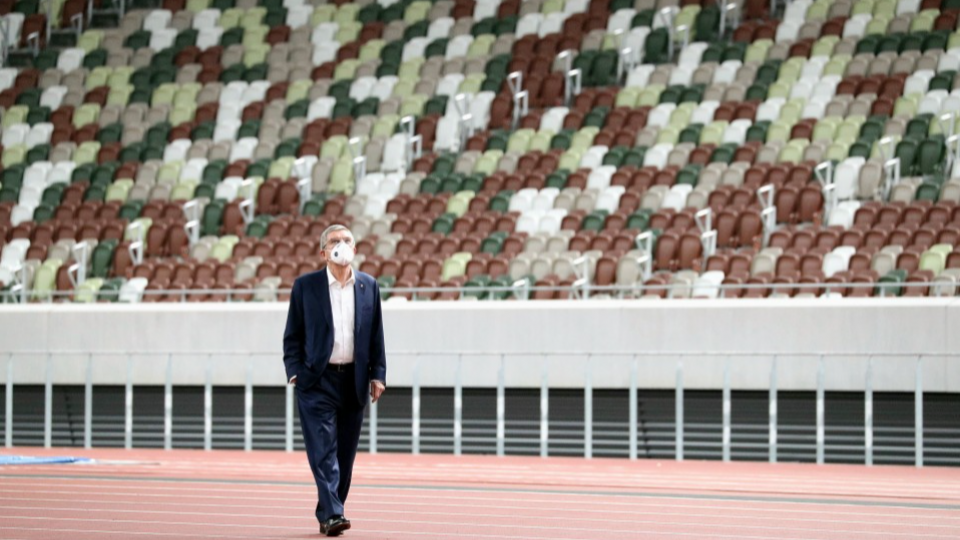 The games circus moves on for a Winter Games in Beijing with no certainty the pandemic will be much more under control as new variants pop up and various countries lag in their vaccine rollouts due to lack of access or mismanagement.

Organizers in China have already said they will be keeping a close eye on what transpires in Japan, watching what measures are put in place to reduce the risk of infection. With the decision to leave Japan's borders largely closed, they have one very significant situation to assess.

After experiencing the first coronavirus outbreak more than a year ago, China imposed severe lockdowns and mass testing programs first in Wuhan, the city where the virus was first detected, and then elsewhere in the country, resulting in it escaping the pandemic with relatively few total infections compared with other large countries.

Like Japan, it will be keen to stop the Olympics from being a catalyst that undoes the sacrifices made during the pandemic, especially if more virulent strains continue to surface.

Last week, Chinese Foreign Ministry spokesman Zhao Lijian said the reopening of international travel to China for people who have been inoculated with Chinese-produced vaccines is being facilitated.

The announcement came soon after it offered to provide the same vaccines to the Tokyo and Beijing-bound National Olympic Committees of countries that have approved its shots.

IOC President Thomas Bach called the vaccine offer "in the true Olympic spirit of solidarity" and said the international organization will "pay for extra doses," but with few countries having approved Chinese vaccines the impact will be limited.

The takeup of the Chinese vaccine offer might also be overshadowed by the ongoing political tug-of-war between China and the United States, with U.S. Secretary of State Antony Blinken not ruling out an Olympic boycott over Xinjiang, Hong Kong or Taiwan during his recent trip to Japan.

China has said politicizing sports in any way is against the interests of athletes worldwide, while maintaining the games are on track.

"We have every confidence in hosting a simple, safe and splendid Olympic event," the spokesman said.

Beijing still plans to allow foreigners into the country to work at the games, with sources telling Kyodo News that recruitment is under way. It remains unclear whether they will be required to undergo vaccination, however. 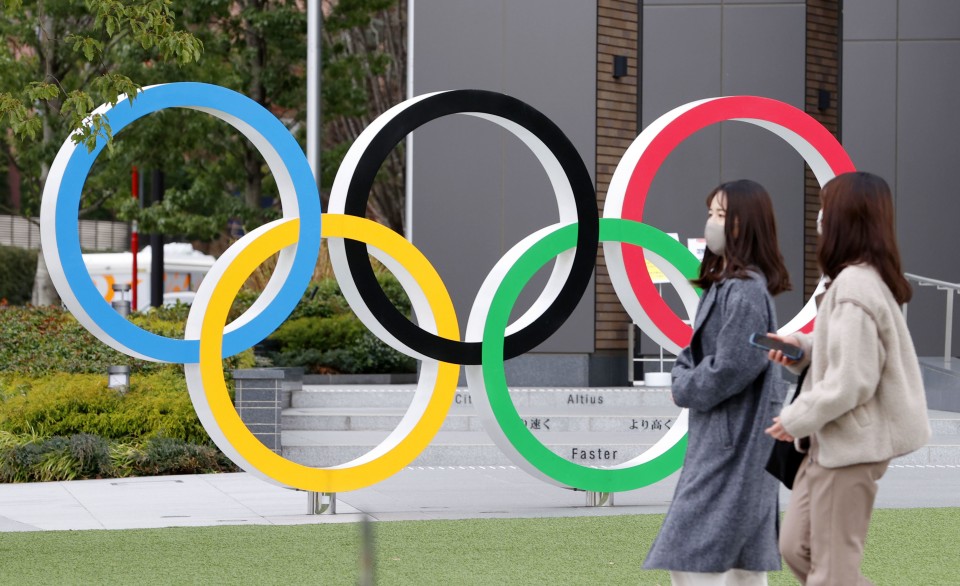 Despite the spectator ban, Tokyo is also bringing in experienced foreign staff and, according to another person with knowledge of the situation, the organizing committee is extending contract lengths to ensure people entering Japan will self-isolate for 14 days before starting work, a quarantine stipulation that was never regarded as realistic for spectators.

Officials have privately told Kyodo News, however, the approximately 8,000 foreign-based volunteers who were approved to work in Tokyo will not be allowed to enter the country.

Out of necessity, the International Olympic Committee took a back seat in discussions around the need to keep foreign fans out, with Bach repeatedly saying the decision was up to the Tokyo organizers and local governments, and his organization could only abide by their conclusions.

He did not shy away from the implications that the decision will have on athletes and their families, though, saying at the conclusion of a virtual IOC session in mid-March that he feels the pain of their missed opportunity.

While expressing disappointment at the decision on Saturday, Bach said it will just spur the IOC to "make every effort so that the fans from around the world will be able to experience the Olympic spirit."

How the IOC will do that while protecting the host broadcasters' exclusive rights -- and in turn protecting its revenue stream -- remains to be seen, but the Olympic movement is already thinking about what the games will look like in the post-coronavirus world.

Like many other large, slow-moving organizations that have had to function during the pandemic, the IOC has indicated the norm-shifting nature of the pandemic has led it to reassess the very nature of the games. 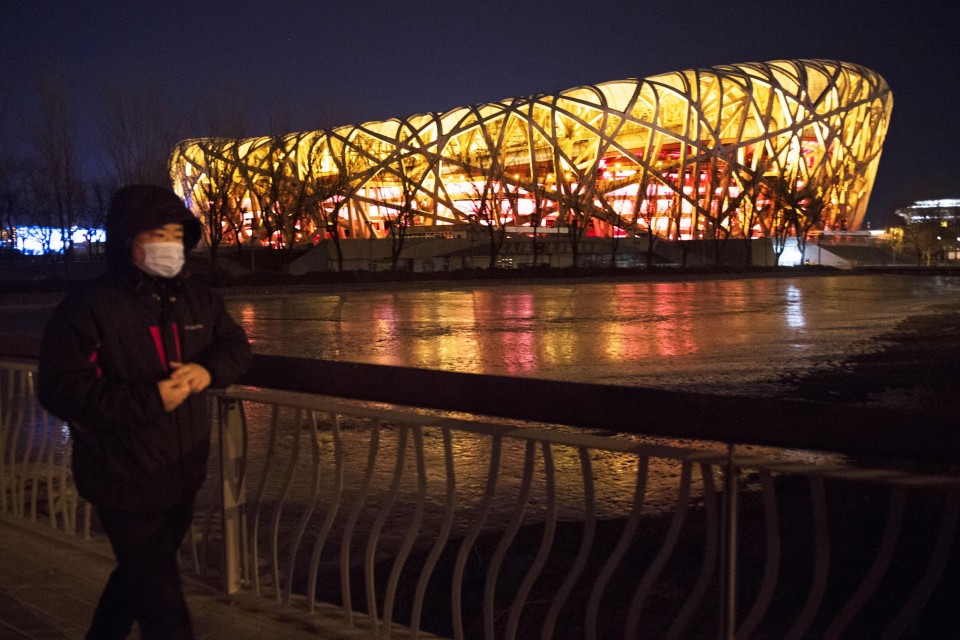 The National Stadium in Beijing, nicknamed the Bird's Nest, is lit up on Feb. 3, 2021. The opening ceremony of the Beijing Winter Olympics is scheduled for Feb. 4, 2022, at the stadium. (Kyodo) ==Kyodo

"The world will never again be like it was before," Bach said at the IOC session. "Even once we have finally overcome the health crisis, we will face the far-reaching social, financial, economic and political consequences."

The IOC unanimously approved at the gathering a five-year addendum to its "Agenda 2020," a basket of reforms aimed at cutting costs and encouraging cities to bid for the games, first passed in 2014.

Now known as "Agenda 2020+5," the IOC has moved to react to a more challenging post-coronavirus world with 15 ambitious recommendations aimed at advancing the sustainability, credibility and cost reduction of the games, while addressing polarization and inequality.

It pledged to embrace the digitalization COVID-19 has driven, giving it the "opportunity to further embrace digital technology as a powerful tool to address people more directly and promote the Olympic values, while keeping in mind that currently about half of the world's population remains digitally underserved."

The pity for Tokyo and Beijing is any significant changes will likely come too late to make a perceptible difference.